WHY THE US LEAVING THE PARIS AGREEMENT ISN’T THE END OF THE WORLD... 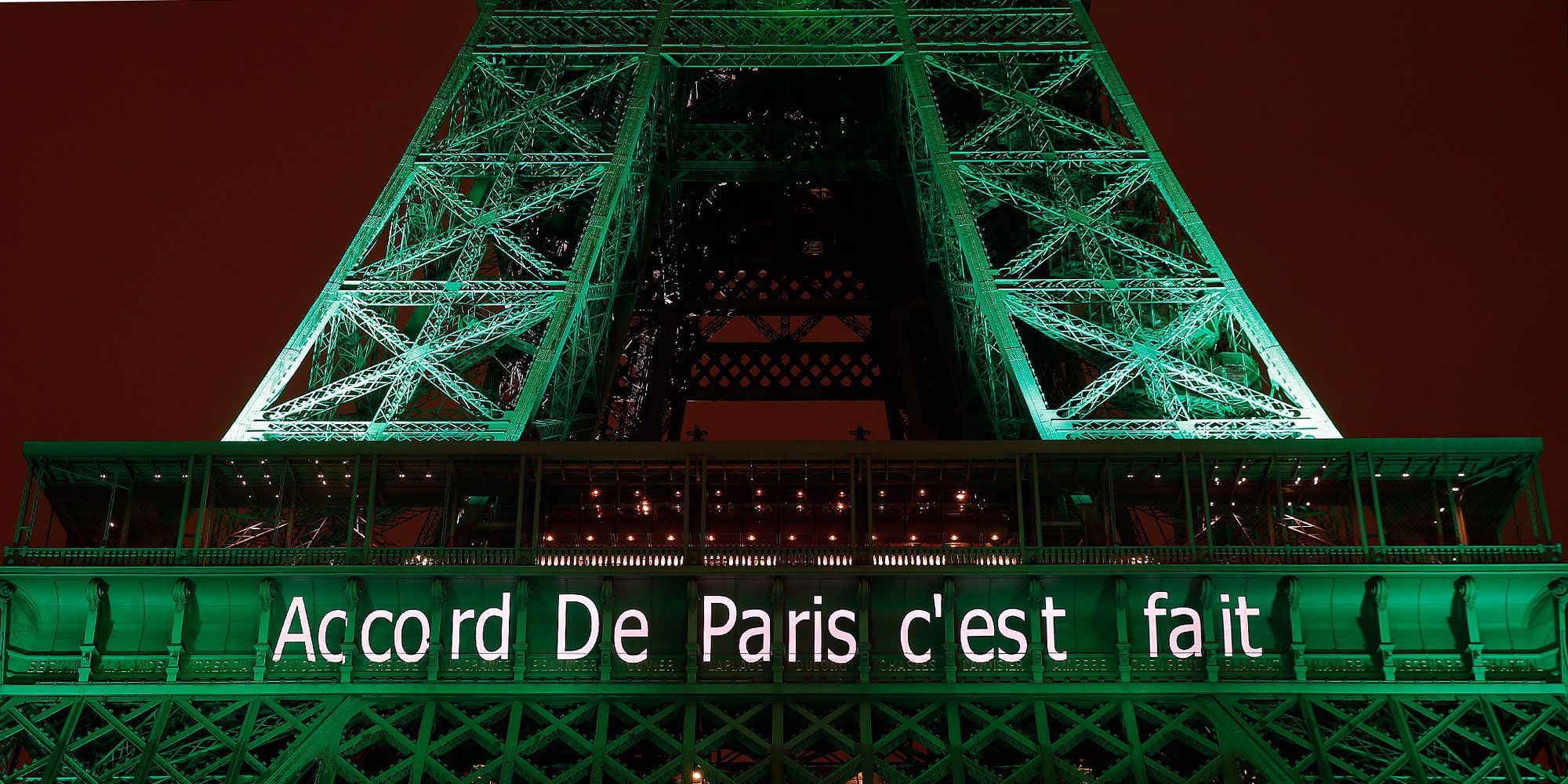 The elevator pitch: The announcement that the US would be leaving the Paris Agreement sparked outrage across the country and around the world. But with China, India, and the EU stepping up to fill the leadership void abroad and American cities, states, businesses, and citizens increasingly choosing low-carbon paths at home, the move is more of a bump on the road than anything else. Here’s how progress continues without the White House – and what you can do...

After months of half statements and will-he/won’t-he speculation, the White House announced today that the US would begin the process of withdrawing from the Paris Agreement.

We’re not going to sugarcoat this: the US leaving the Paris Agreement – the breakthrough deal 195 countries and parties signed back in 2015 to cut greenhouse gas emissions and together limit global warming – is a huge disappointment. For us at Climate Reality, for millions of Americans, and for millions more around the world.

Leaving aside the symbolism of the move – which we can only characterize as a finger-involved and not-safe-for-work gesture to the rest of the world – in practical terms, the announcement means that government action on climate officially falls back to the cities and states. (Where many of the important initiatives were happening anyways, truth be told). It also means the US loses its seat at the table – and voice on behalf of American companies and workers – in a planet-wide effort that will redefine markets and shape the twenty-first century.

But disappointment is not despair. And contrary to what you might be forgiven for thinking after seeing some of the more hyperbolic headlines making the rounds, the White House announcement is deeply regrettable – but it’s not the end of the world.

WE’RE ACTUALLY NOT LEAVING JUST YET

First, technically, the US can’t simply leave the agreement. The agreement was written so that parties can’t begin the withdrawal process until three years after the accord officially went into effect.

The bottom line is that even with today’s announcement, the earliest possible date for the US to truly withdraw is November 4, 2020. One day after the next presidential election. Interesting coincidence, no?

WE’RE NOT THE ONLY COUNTRY ON THE PLANET

The White House’s decision doesn’t change things for the 194 other parties to the Paris Agreement. Just to underscore the point, at last month’s meeting of the Group of Seven (G7) leading industrial economies, the six non-US members – Canada, France, Germany, Italy, Japan, and the UK – publicly reaffirmed their “strong commitment to swiftly implement the Paris Agreement.” The statement made sure to treat the US in a separate section.

Perhaps the two most critical countries for Paris that are not part of the G7 – China and India – have heard the White House view on climate action as a drag on the economy, looked at the numbers, and taken the exact opposite position. With wind and solar power alone expected to become a nearly $7 trillion market by 2040, China has announced it will invest $360 billion in renewables through 2020, creating an anticipated 13 million more jobs. (Yes: 13 million more jobs.)

India, meanwhile, has bet on solar in a big way, shelving plans for future coal plants and building the world’s largest solar farm. Along the way, it’s seen clean energy prices undercut average fossil fuel costs. In a rapidly developing nation that currently produces about 6 percent of global emissions (far behind the US and China, for the record), the consequences of the energy choices powering that development reach far beyond its borders. Which makes the turn to solar very, very good news for the rest of us.

AMERICANS ACTUALLY WANT THE US TO ACT

If you wanted the White House to remain part of the Paris Agreement, you’re not alone. Survey after survey showed that the overwhelming majority of Americans – roughly 70 percent – support the agreement. And support for action on the crisis doesn’t end there. When the Pew Research Center asked Americans in January if the country should prioritize alternative energy sources like wind and solar or fossil fuels, 65 percent chose clean energy. At a time when Americans don’t agree about much of anything, this is meaningful.

It’s not only regular citizens calling for action either. In the lead-up to today’s announcement, one of the loudest voices calling on the president to stay in the agreement was the business community. Over 1,100 of them in fact. Not just the usual suspects in the tech world like Facebook and Google, but many of the mainstream names like the Gap, Mars, and Unilever that millions of Americans rely on every day.

What this kind of consensus says is that perceptions of the crisis and the way forward are changing from dining rooms to board rooms across the country. Not quickly enough to stop today’s decision, unfortunately. But in ways and with the kind of numbers politicians notice – and have to listen to.

Even before today’s announcement, one of the most important developments in the climate movement has been the rising number of cities and states that have taken their future in their own hands without waiting for the federal government. Communities like Salt Lake City and Park City in Utah and Boulder, Colorado have joined our 100% Committed campaign and pledged to get to 100 percent renewable electricity. Aspen, Colorado, Burlington, Vermont, Georgetown, Texas, and Greensburg, Kansas are all already there. Several major cities in California – Los Angeles, San Francisco, San Diego, and Santa Barbara to name a few – as well as Portland, Oregon have also committed to get there on their own.

States, too have taken up the charge. California – which on its own would be the world’s sixth-largest economy – has set a goal of reducing its emissions 40 percent from 1990 levels by 2030 and 80 percent by 2050. Hawaii, meanwhile, is working to go 100 percent renewable by 2045.

The move to 100 percent renewables doesn’t end with governments, either. A growing number of US colleges and universities – including Colorado State, Plymouth State, University of Wisconsin – Stevens Point, and Hampshire College – have joined our 100% Committed campaign and pledged to get to 100 percent renewable electricity. Independently, several major American corporations like Starbucks, Microsoft, and REI are already there and the list is getting longer all the time.

The bottom line is this: even without the federal government involved, cities, states, businesses, colleges, and citizens across the US are driving a shift to clean energy and bringing down emissions. Just like the Paris Agreement intended.

But now’s no time to rest on any laurels, and if anything, with the White House stepping back, it’s up to the rest of us to step up in a big way and keep this momentum going if we want to protect our planet.

So what can you do, now that the White House has made its decision?