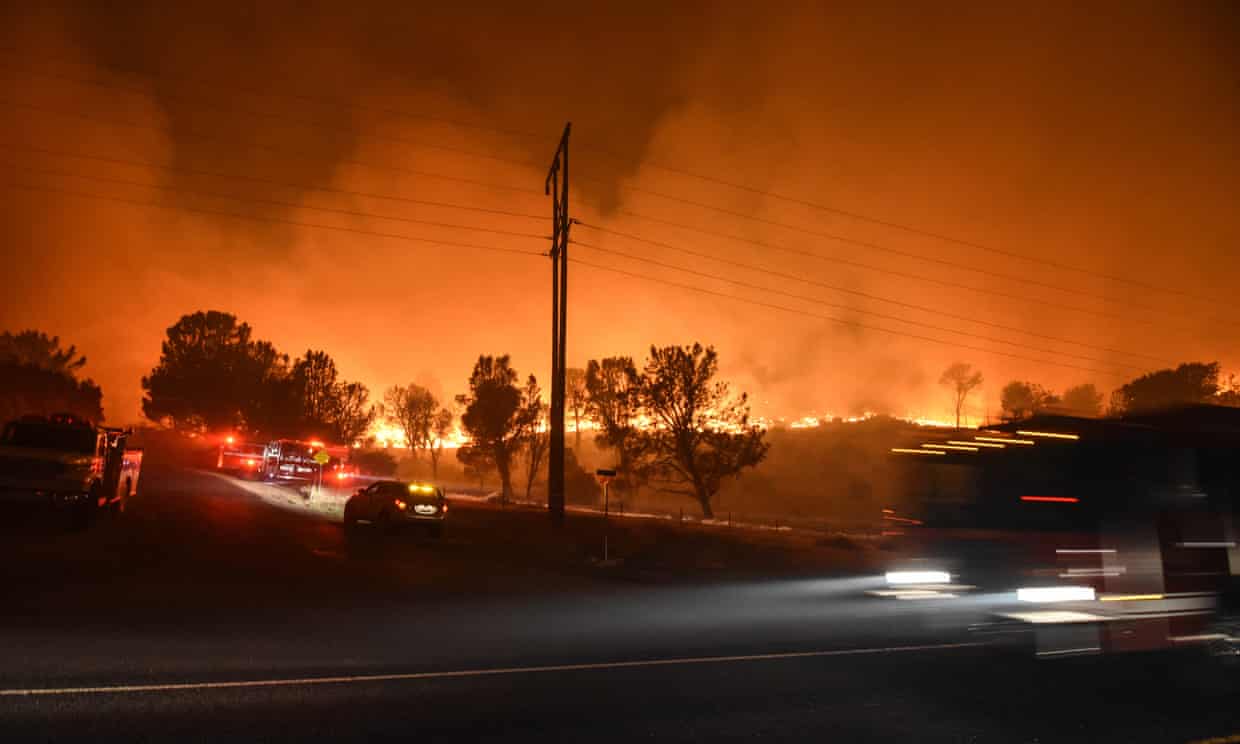 The amount of area burned has ballooned by 1,200%, with areas such as the northern Rockies and the north-west particularly badly hit. Photograph: Ryan Babroff/AP

High temperatures, drought, wind and beetle infestations have combined to create a number of fires that have caused at least two deaths in California...

Scorching wildfires that are raging throughout the American south-west are being fueled by climate change and require new strategies from states to prevent ever-greater destruction of people’s lives and property, a group of experts have warned.

High temperatures, drought and wind have combined to create a number of fires that have caused at least two deaths in California. The first large wildfire of the summer has this week broken out in northern California, burning through more than 1,200 acres and threatening thousands of homes in an area around 50 miles north-east of Sacramento. 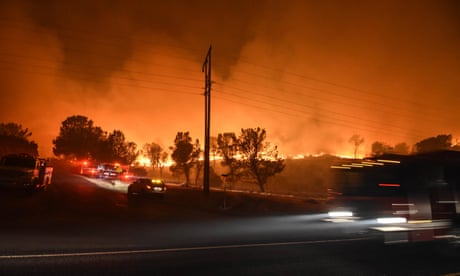 Wildfire experts said there are numerous indicators that warming temperatures have contributed to the fires by drying out vegetation and soils and causing an earlier spring melt of snow. Trees are also less resilient to fire due to infestations of beetles, which thrive in warmer weather.

Over the past 30 years there has been a fourfold increase in the number of large forest fires in the American west, while the fire season has grown by 84 days to 220 days in this time. The amount of area burned has ballooned by 1,200%, with areas such as the northern Rockies and the north-west particularly badly hit.

“Wildfire in forested areas is increasing dramatically, there are more opportunities for large fires,” said Dr LeRoy Westerling, associate professor at the University of California-Merced.

“In a lot of places the climate restricted fires, but now it’s all about fuel availability and we are seeing very large burned patches in areas that aren’t used to it. Each decade since the 1980s has seen a big increase in fire activity, and we don’t expect that trend to stop any time soon.”

The fire now raging in northern California follows several outbreaks in the south of the state, including blazes on the outskirts of Los Angeles, which were battled by more than 600 firefighters and causing smoke to billow across the city. A state of emergency has been declared in both California and New Mexico to deal with blazes that have consumed tens of thousands of acres and hundreds of homes.

A fire near Santa Barbara jumped Route 101 so quickly that fire department helicopters had to dump water directly onto cars on the road. Similarly dramatic scenes have unfolded in Arizona, where a fire that has burned more than 12,000 acres has rained ash upon residents in the Show Low area. Huge plumes of smoke from the various fires are clearly visible from space.

Westerling and several other experts have called for a change in strategy to deal with the increasing wildfire risk. States, they argue, should be using controlled burns and chemical treatments to make forests less like a tinderbox and more predictable during wildfire season.

“We need to be better prepared and restore the landscape to a more resilient condition,” said Susan Jane Brown, an attorney and director of the Western Environmental Law Center. “We would like our forests to withstand wildfire and come back as ponderosa pine forests, not grand fir forests. We need to reduce the fuel load.

“There is still a lot of concern among communities about fire and states such as Oregon are worried about the health impacts of smoke, which is certainly something to be aware of.

“But the thing is we will get the smoke one way or the other. We either get it through controlled burns, where we know where and when it will happen, or big doses of smoke through uncontrolled wildfires that occur at the height of summer.”

Dr Keith Gilless, chair of the California board of forestry and fire protection, said that public attention on fire has “never been higher” than it is now but that more attention needed to be paid by policymakers upon the social cost paid by disadvantaged people.

“One of the tragedies is the lack of social resilience when the flames come,” he said. “Often, fires burn through low-income areas and the loss of an uninsured home is an overwhelming one for people there. Communities like that need to be very engaged with fire services to plan evacuation routes.

“I don’t ever envision the fire season ever shutting down again. In areas like southern California, the deployment of staff and resources to deal with wildfire is going to become a permanent feature rather than a seasonal one.”