WORLD WATER DAY: ONE IN FOUR CHILDREN WILL LIVE WITH WATER SCARCITY BY 2040... 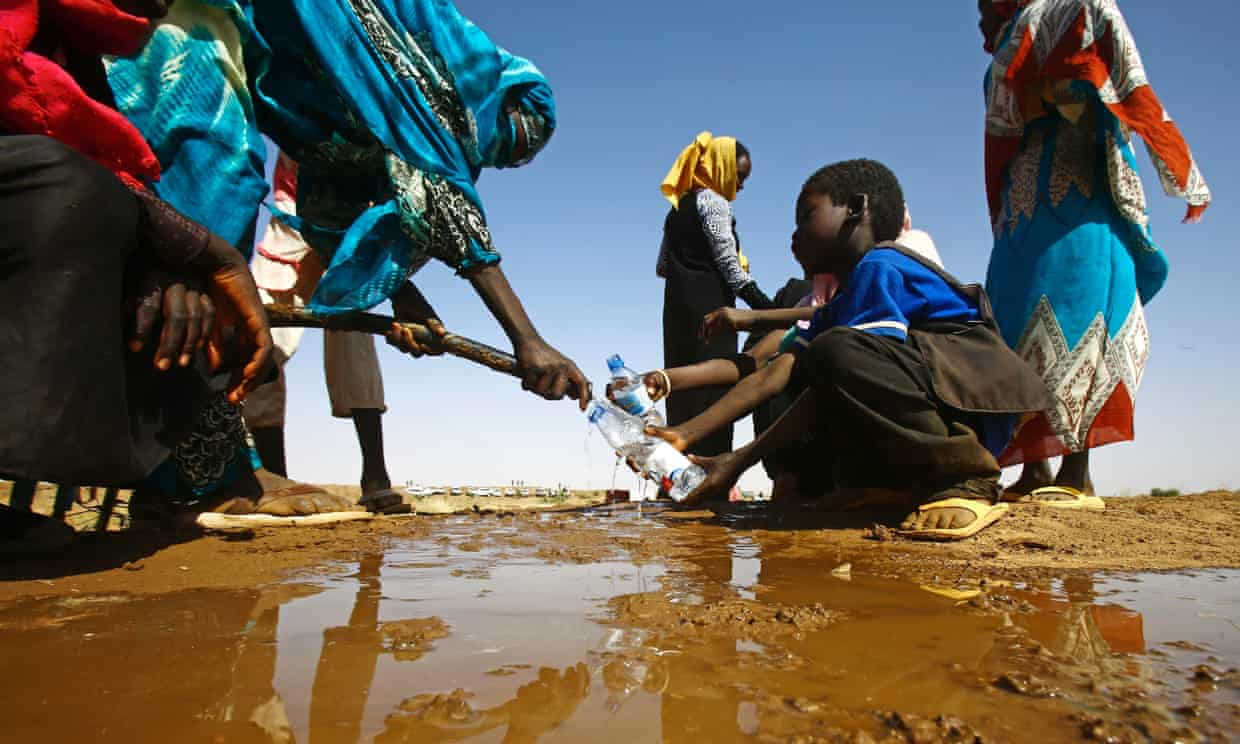 Unicef report says climate change and conflict are intensifying risks to children of living without enough water, and that the poorest will suffer most...

One in four of the world’s children will be living in areas with extremely limited water resources by 2040 as a result of climate change, the UN has warned.

Within two decades, 600 million children will be in regions enduring extreme water stress, with a great deal of competition for the available supply. The poorest and most disadvantaged will suffer most, according to research published by the children’s agency, Unicef, to mark World Water Day on Wednesday. 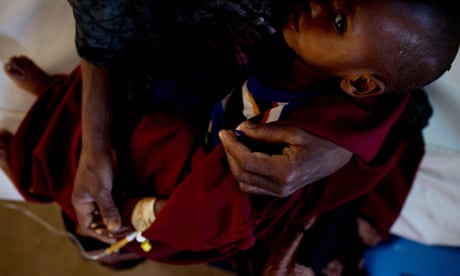 The report, Thirsting for a Future: Water and Children in a Changing Climate, looked at the threats to children’s lives and wellbeing caused by depleted sources of safe water and the ways in which climate change will intensify these risks.

As industrialisation and demographic shifts increase consumption, areas of south Asia and the Middle East will be particularly affected, according to one of the report’s authors, Nicholas Rees. “Where demand is extremely high then water stress will increase. It will go up in areas of rapid urbanisation, and we are already seeing that throughout sub-Saharan Africa and Asia,” he said.

Another report published on Wednesday warned that Iran is grappling with an unprecedented water crisis, and faces a greater threat from its environmental challenges than those arising from regional political issues or terrorism. The study, from London-based NGO Small Media, said that shortages could transform vast swaths of the country into near-uninhabitable areas in the coming decades.

“Iran is facing a water crisis that is unparallelled in its modern history. Lakes and rivers are dying, droughts are increasing in frequency, and even Iran’s deepest groundwater reserves are being sucked dry by Iran’s growing population and its thirsty agricultural sector,” the report said.

“Resultant soil erosion is accelerating the destruction of forest ranges across the country, and contributing to a sharp increase in dust storms and air pollution.”

It warned that ecosystems were collapsing, with some species of wildlife on the brink of extinction. Lake Urmia, the country’s largest lake, is a biosphere reserve recognised by Unesco: the report says it has shrunk to 12% of its size since the 1970s, “owing to frequent droughts, and aggressive, poorly implemented water management policies upstream”.

Across the world, the UN’s report says that 36 countries are facing extremely high levels of water stress, which occurs when demand far exceeds the renewable supply available. Warmer temperatures, rising sea levels, increased floods, droughts and melting ice affect the quality and availability of water, as do sanitation systems.

The impact of climate change on water sources is not inevitable, according to the report, which made a series of recommendations designed to help curb the impact of climate change on the lives of children. These include calls for governments to prioritise access to safe water for the most vulnerable children above other water needs, and for communities to diversify water sources.

“We want to reduce child deaths. That is the goal. But we are not going to end child deaths without addressing environmental threats that they face,” said Rees. 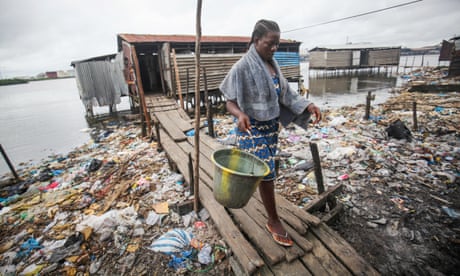 “We focus on their susceptibility to disease but if we don’t also address the broad environmental risks we are going to fall short. Climate change is often felt through a change in the water – whether it’s a flood, rising sea levels or something else – and the effect of a changing climate is often felt by children through water first.”

The NGO WaterAid published findings on Tuesday of how vulnerable rural communities’ struggles to access clean water were being compounded by extreme weather events and climate change.

India, one of the fastest growing economies and home to almost a fifth of the world’s population, was ranked in an annual WaterAid survey as having the greatest number of people living rurally without access to clean water: 63 million.

In terms of those making progress, the report said, Paraguay has achieved the biggest improvements in getting water to rural dwellers. More than 94% of its rural population now has access to safe water, compared with 51.6% in 2000. 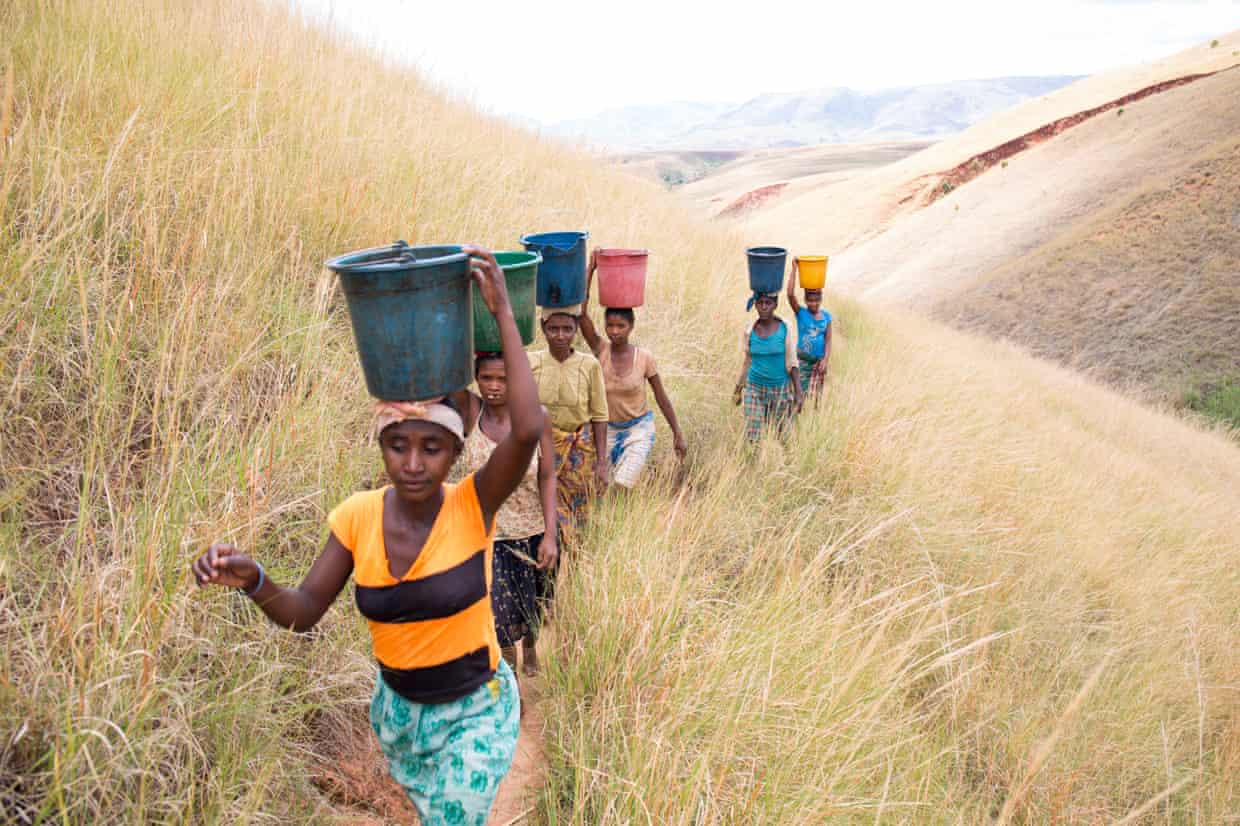 Women carry water home to the village of Miarinarivo, Madagascar. About 65% of the country’s rural population live without access to clean water. Photograph: Ernest Randriarimalala/WaterAid

Papua New Guinea, Madagascar and Mozambique were among the worst performing countries for rural access to clean water.

WaterAid’s chief executive, Barbara Frost, said many of the countries featured in the report were already being hit regularly by severe cyclones, floods and drought. “Rural communities – which are marginalised by their remote location and a continued lack of funding for basic services – often bear the greatest burden of these events,” she said.

WaterAid is calling on international and national leaders to deliver on promises to meet the sustainable development goals, including a goal to ensure access to safe water and sanitation.