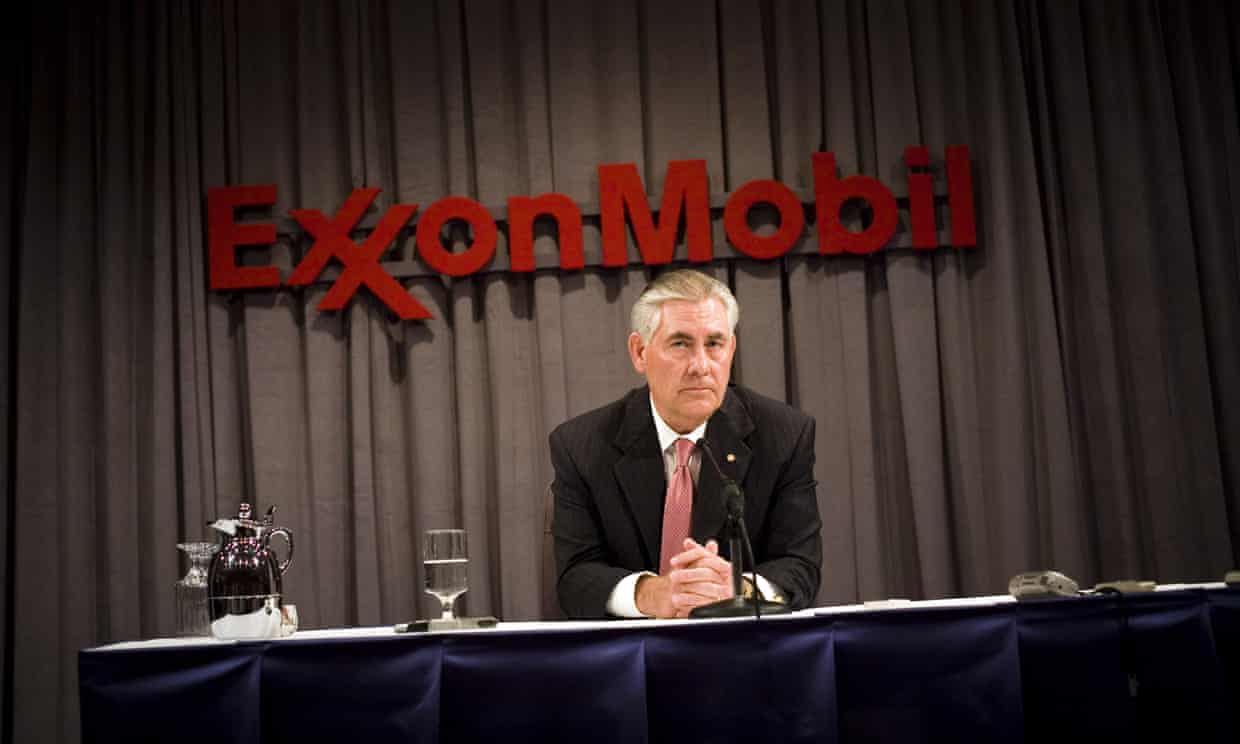 One non-profit leader compared Donald Trump’s choice for secretary of state to choosing the CEO of a tobacco company for surgeon general...

Environmental groups have called Donald Trump’s choice of Rex Tillerson as secretary of state “unfathomable” and “an epic mistake” and accused the president-elect of creating “a government of, by, and for the oil and gas industry”.

Trump announced his nomination of the 64-year-old outgoing ExxonMobil CEO on Tuesday. If confirmed as the nation’s top diplomat, Tillerson would have a key role in international climate talks, and his ties to the oil industry and his work with oil giant ExxonMobil over the past 41 years have left environmentalists worried.

Climate change denial in the Trump cabinet: where do his nominees stand?

“As a leader of an environmental organization I’m concerned about someone with Rex Tillerson’s record being put in charge of our foreign policy,” Michael Brune, executive director of the Sierra Club, said in a phone interview.

“A thorough review of ExxonMobil’s operations in Indonesia to the United States shows that the company’s drilling and fracking and refining operations have had a very serious impact on the environmental health, on local populations, and in many cases their human rights as well,” he claimed. The company’s security forces were accused by villagers in Indonesia of murder and torture between 1999 and 2001, a period when Tillerson held senior positions at Exxon but before he became CEO. In 2011, Exxon called the accusations “baseless”.

Ken Kimmell, the president of Union of Concerned Scientists, said in a statement that the choice of Tillerson was analogous to choosing the CEO of a tobacco company for surgeon general because of his conflicts of interest. “Why would you pick the leader of an oil and gas corporation to spearhead a position tasked with national security and global climate action?” he asked.

Abigail Dillen, vice-president of litigation for climate & energy at Earthjustice, an environmental law nonprofit, was also worried about Tillerson’s conflicts of interest as secretary of state, as he spent decades making deals for ExxonMobil. Tillerson, she said, is “not just linked to the industry, he is the industry”.

“Handing over US global policy to Big Oil is an epic mistake,” Rhea Suh, president of the Natural Resources Defense Council, said in a statement. “This industry has been near the center of more conflict than any other in modern time; tapping its chief oilman as the nation’s top diplomat sends the wrong message at home and abroad.” 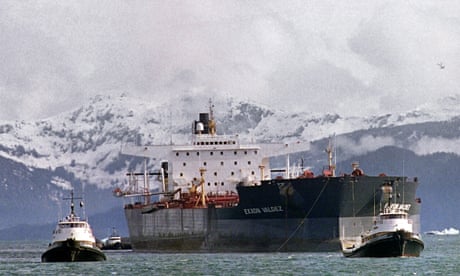 The climate group 350.org called the choice of Tillerson “unfathomable”. 350.org is one of the organizations behind the #ExxonKnew campaign relating to the company’s history of concealing the full impact of climate change – something Brune and other environmentalists also expressed concerns over. (Exxon has said climate science in the early 1980s was at a preliminary stage, but that the company now sees climate change as a risk.)

“Tillerson deserves a federal investigation, not federal office,” 350.org executive director May Boeve said. ExxonMobil is currently under investigation for misleading investors about what it knew about climate change.

Tillerson has acknowledged that climate change is real and caused by human activity in 2012, but he said society would be able to adapt to it. During his time as chief executive of ExxonMobil, the company endorsed a carbon tax and stated its support for the Paris climate agreement. But Tillerson has said that until there are major breakthroughs in green technologies “the world is going to have to continue using fossil fuels, whether they like it or not”. 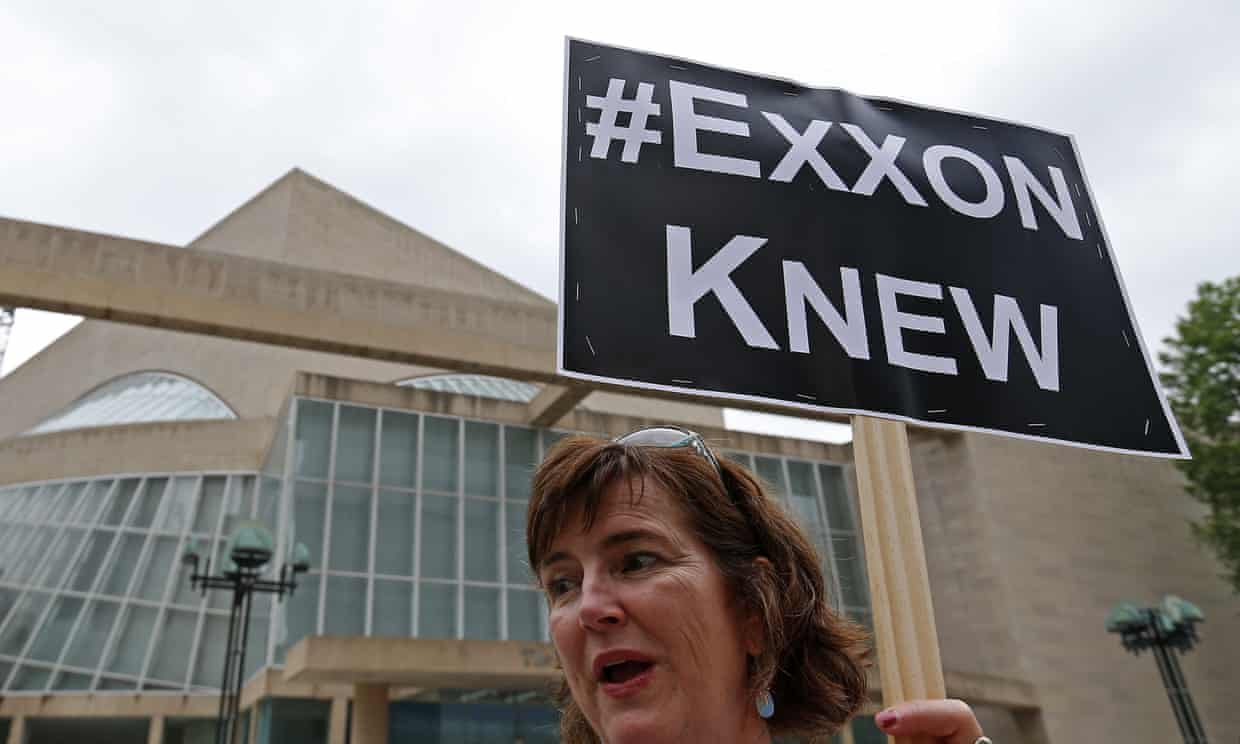 Trip Van Noppen, president of Earthjustice, said in a statement that these actions make Tillerson appear “somewhat responsible in comparison to the rest of the incoming Trump administration – a sign of just how abysmally low the bar has been set by the president-elect and his cabinet.”

May Boeve, executive director of 350.org ​

Brune expressed concern that the US would give up its leadership role on climate change under Tillerson, and although he said he was not sure what Tillerson’s appointment meant for the Paris climate agreement, he said he believed in “the track record of the people they [the Trump team] are putting into power, which means they will try to undermine progress any chance they get.”

Trump has said he has an “open mind” about the Paris deal, but has pledged to withdraw from it it in the past. He infamously called climate change a hoax “created by and for the Chinese in order to make US manufacturing non-competitive”.

350.org pledged to put pressure on senators to “to turn the confirmation process into a hearing on ExxonMobil’s history of climate deception”, and Dillen of Earthjustice said that her group would be one of the many calling for the senate to reject Tillerson’s nomination. Brune said Sierra Club members would be mobilized in states across the country to contact their senators. “His appointment is anything but a sure thing both because of his ties to Russia and his ties to climate denialism,” Brune said. 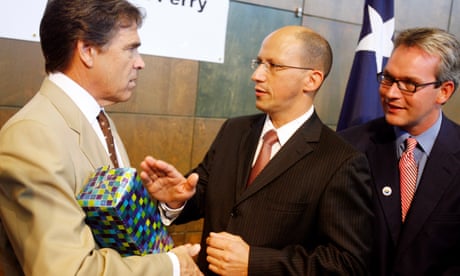 Will Rick Perry's pro-wind power stance carry on in the Trump administration?

The nomination of Tillerson as secretary of state comes within a week of Trump choosing Scott Pruitt, attorney general of Oklahoma, to lead the Environmental Protection Agency. Pruitt has sued the EPA and has claimed that scientists “continue to disagree” about the causes and extent of global warming. In fact, the overwhelming majority of scientists agree climate change is happening and caused by humans.

The heads of Trump’s transition teams for Nasa, the Environmental Protection Agency, the Department of the Interior and the Department of Energy also all question the science of human-caused climate change. Trump also selected Rick Perry as the secretary of energy, another oil-drilling advocate, although he also backed wind power as governor of Texas.

Kimmell of the Union of Concerned Scientists said that the selections of Tillerson and Pruitt show that “President-elect Trump is creating a government of, by, and for the oil and gas industry”.

For Brune, the cabinet appointments and transition leadership decisions sent a clear message. “We are right at a time when businesses and cities and many states and most countries around the world are going full speed ahead in replacing fossil fuels with clean energy,” Brune said. “The federal government of the United States will be reversing course and trying to lead us in the opposite direction.”