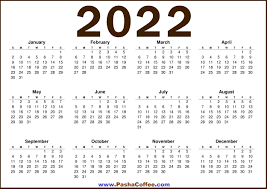 Please print out these predictions and watch the 2022 news and verify their accuracy for yourself. Almost all of our past annual climate predictions have been amazingly accurate.

You may be quite surprised by the nature of some of these predictions! 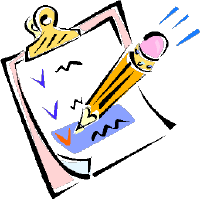 The climate prediction sections for 2022 and beyond are as follows:

Our Climate Change Consequence Predictions for What Will Most Affect You, Your Business, and Nation in 2022 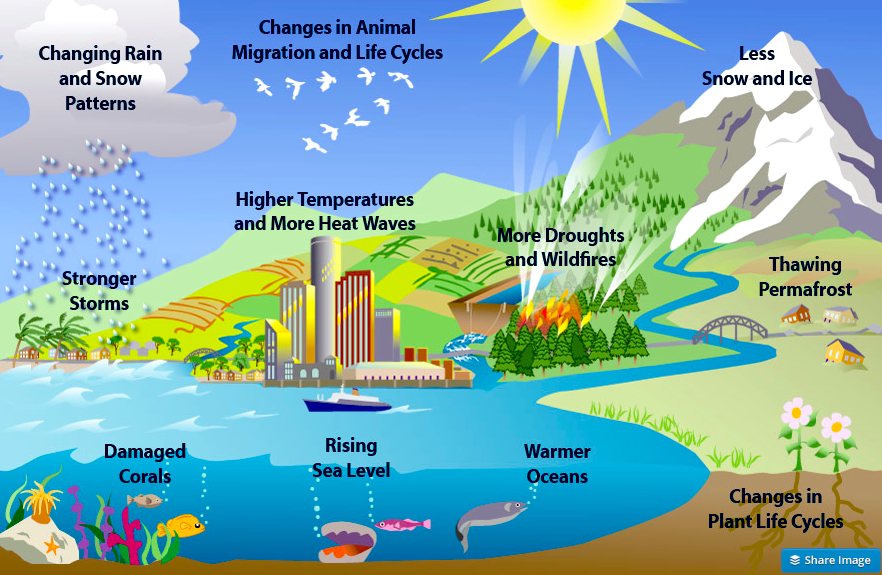 A friend of Job One recently wrote us about how his life is changed in Penticton, British Columbia, Canada. "Up here in BC this year, we have had record heat for a record amount of time, record wildfires, record rainfall, and once in a century flooding. Climate change deniers are just not looking at what is right in front of their eyes."

The most critical climate tipping point to watch continually is the Thwaites glacier in Antarctica. It is often called the Doomsday glacier.

Please note that the calculations above are not only for the Thwaites glacier they are for ALL of the many crossed climate tipping points interacting with and coincident with the doomsday glacier over the following 3-7 decades.

When the Thwaites glacier slides into the ocean, we have indeed crossed a major climate tipping point. When Thwaites breaks off, it is your mega warning sign that global warming consequences will get far, far worse very fast, and many other important climate tipping points will also soon be crossed!

It is your final warning to get your emergency preparations or relocation adaptations in order unless you want to try to prepare in the middle of an emergency when everyone else is also desperately trying to get whatever they need.

50% of the world’s total population lives near coastal areas. With only a 2-foot sea live rise, billions will have to migrate away from the coast. Hundreds of trillions of dollars in damage and loss will occur because homes, cities, water treatment plants, sewage systems, electrical systems, and other critical infrastructure of the many cities located on the coasts will be and remain flooded and unusable.

Take a second, and try to imagine what only a 2-foot global sea rise will do to coastal communities and cities worldwide. The Thwaites doomsday glacier breaking off IS a crucial climate change tipping point to watch like a hawk!

Climate Change Consequence Predictions for the Next 10 Years

In the graph below, the red line is an example of a gradual linear, steady, and predictable climate change consequence growth trajectory. (Linear progression equals 1, 2, 3, 4, 5, 6, 7, 8, etc.) The green line below is an example of a sudden, exponential, and highly unpredictable climate change consequence growth trajectory. (Exponential progression equals 2, 4, 8, 16, 32, 64, 128, 264, etc.) 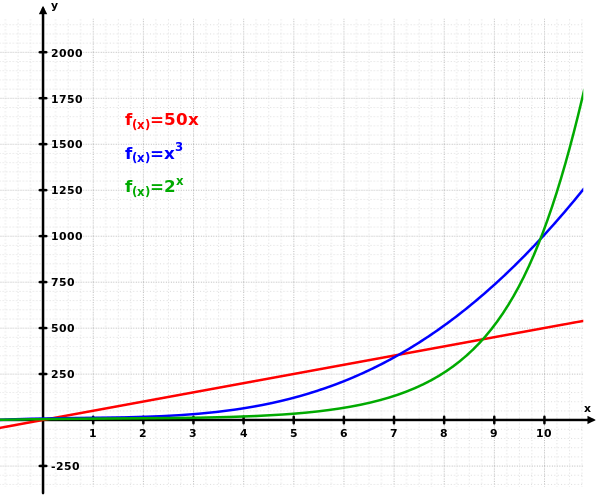 The above-mentioned exponential climate consequence transition corresponds to when we cross the critical atmospheric carbon 425-450 ppm tipping point and threshold. We are at about carbon 420 ppm currently. (Why crossing the carbon 425 ppm to 450 ppm tipping point level is so important is explained in the links in the document section at the end of this page.)

Here are the major consequences to watch for over the next ten years, many of which will also be increasing in frequency, severity, and scale:

Climate Change Consequence Predictions for the Next 2-5 Decades

Until our governments have the courage to tell their citizens that we have to go through a painful period of enormous individual and collective sacrifice to get close to the 2005 global fossil fuel reduction targets, and they enforce laws to ensure we do, we are doomed to ever-increasing suffering and death because of the immutable laws of climate physics and climate math.

Maybe a 1/2 trillion dollar single incident climate mega-disaster will finally get the world's governments serious about cutting global fossil fuels usage to, at least, get close to the 2025 global targets.

The 800-pound gorilla in the room, and big problem today is we are not listening to the ever-louder and more costly destructive feedback that Mother Nature is giving us during this accelerating climate change emergency. Therefore, Mother Nature will do as she has always done. She will turn up her destructive climate consequence feedback to even higher, more painful levels and hopefully get our attention before it is too late.

Mother Nature can be fully trusted to continue to act as she has for the last 10,000 years of human evolution. She will continue to favor the wise, the well-informed, the best prepared, and the most cooperative.

The Many Benefits of Fixing Climate Change

The above predictions can be disheartening, but many benefits are available if we work together and come close to the 2025 global fossil fuel reduction targets. Please take the time to read these benefits to counterbalance all of the difficult news above. Then go on to the next section that will help you make the needed changes, preparations, and adaptations.

Click here to read about dozens of these worthwhile benefits. This is the most read page on our website with millions of views. 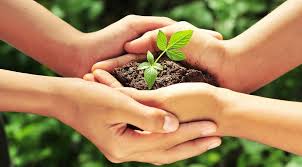 What You Can Do to Adapt to, Survive, and Slow Down the Coming Avoidable and Unavoidable Climate Change Extinction Emergency

There is a lot of bad news in the predictions above, but we can still do many things to slow down this extinction emergency and live longer, more comfortable lives.

Here are a few of the positive and easy things we can start today: 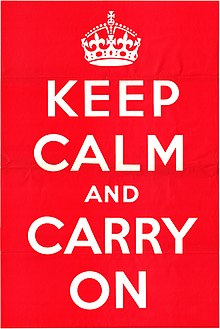 Documentation links for our 2022 prediction materials

Click here to understand the long-term history of the IPCC underestimating the consequences, timeframes, and the needed global fossil fuel reduction targets by as much as 20-40% or more.

Click here to see precisely how the IPCC "cooked the books" and grossly skewed the current IPCC global fossil fuel reduction calculations by including unproven and non-existent "carbon sucking unicorn" technology into their projections.

Click here to see the eleven key climate change tipping points that have been mostly excluded from the IPCC calculations on how much fossil fuel use we must reduce each year globally.

To see the many mass mobilization actions our governments must now take to get close to the 2025 global fossil fuel reduction targets and save humanity from near-total extinction, click here.

Reference Topic 2: How can the probability (or even the possibility) of a soon-arriving near-total human extinction be accurate?

Click here to see a detailed "big picture" catastrophic meltdown of our global warming consequences and tipping points. Their interactions with our other 11 major global crises will produce starvation and extinction for much of humanity by mid-century and near-total extinction beginning as soon as 2070.

Click here to see the four major global warming extinction-evoking tipping points and how close we are to crossing them. The first tipping point of carbon 425-450 ppm will explain precisely why climate change consequences will start growing exponentially in about 3-9 years.

Reference Topic 3: What governments must do to save the future

It is time to also call for global warming legal accountability, the immediate termination of all global fossil fuel subsidies, and placing a worldwide price for all corporations on their carbon, methane, and other greenhouse gas emissions and pollution.

Click here to learn more about the Fee and Dividend carbon pricing and other critical actions our governments and corporations must immediately take to reach the 2025 global fossil fuel reduction targets.

To understand the most profound reasons behind our current global warming emergency and our 11 other most dangerous global crises, please get the book Overshoot. In it, you can learn about the concept of the Earth's carrying capacity (the land and sea acreage available and needed for any given population's critical survival needs.)

Click here and read our Job One for Humanity policy on the necessary disruption of all false or dangerous climate, global warming, and environmental acts or ideas.

Please continue to educate yourself about these life-critical climate issues by exploring the documentation and analysis found on this website.

According to Google statistics, as of March 5, 2022, over the last five years, 4.5 million unique visitors have come to our website to review our candid and non-politicized climate change analysis and research.

Our Monthly Climate and Global Heating Newsletter for June 2022

This month's newsletter provides a new and qualified hope for our challenging future and the runaway global heating emergency. We...

An Alert to the Major Existential Crises of Humankind!

How can you and I face the predicament that humankind and modern civilization have created?

What to Think About Climate Anxiety

“I have canceled my plans to have a family because I am so concerned about the future of the planet.” Jordan Druthers...

What's Most Likely in Your Lifetime: Will Runaway Climate Change & Global Warming Cause Mass, Near-Total, or Total Extinction?

Our runaway global heating emergency will have horrible consequences. These consequences are so bad there is no need to exaggerate...

There is really just one climate fact that everyone should know. It is the new elevator speech of the climate...