‘PREPARED FOR THE WORST’: BOLIVIANS FACE HISTORIC DROUGHT, AND GLOBAL WARMING COULD INTENSIFY IT...

Bolivia's worst drought in 25 years is affecting large regions of the country. Some residents are only receiving water three days a week, while many collect rain water to offset their dwindling water rations. (Reuters)

For weeks, hundreds of thousands of Bolivians have been stricken with drought, with some neighborhoods receiving water for only three hours every three days...

The country is in the midst of its worst drought in 25 years, as three reservoirs that supply its largest city, La Paz, are almost entirely dried up. For the first time, the government has put into effect water rationing, affecting more than 177,000 families across the country, Reuters reported. In response, the government has provided aid, including bottled water, to about 145,000 drought-stricken families, Reuters reported.

The severity of the drought escalated last week, when President Evo Morales declared a national state of emergency, insisting that Bolivians “have to be prepared for the worst.” And earlier this week, Chile’s government offered to provide humanitarian aid to help Bolivia confront the national emergency, El Deber reported.

Hospitals are working at half capacity, suspending non-emergency surgeries and dialysis, the Guardian reported. In the poor neighborhoods of southern Sucre, taps have run dry for three weeks, and in the southern highlands, where most of the country’s quinoa is grown, the 2016 crop has been slashed in half. Cattle have been wiped out, and two of the country’s lakes have run completely dry.

The prolonged drought, and the government’s response to it, has escalated tension and led to protests across La Paz and other regions. About two weeks ago, residents of the impoverished town El Alto held government officials and water authorities hostage after the minister of environment and water failed to turn up for a meeting to report on a water supply project in the area, Al Jazeera reported.

On Tuesday, marking 22 days of water rationing in more than 130 neighborhoods, a crowd of about 1,000 people gathered to protest with flags, signs and banners in one of the main plazas of La Paz. The rally prompted calls from the government, claiming “water should not be politicized,” local newspaper El Deber reported. 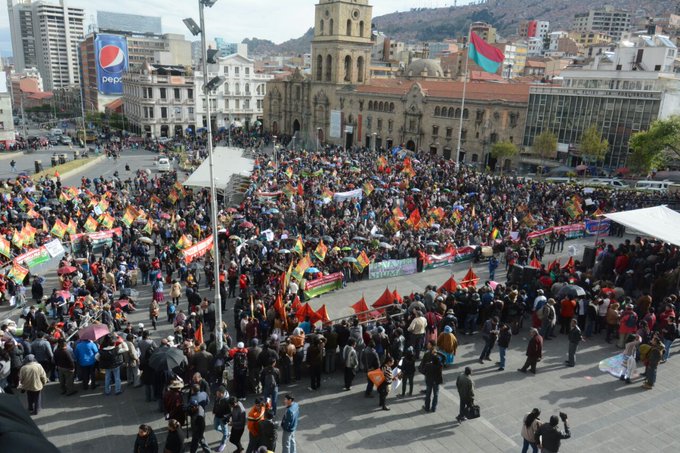 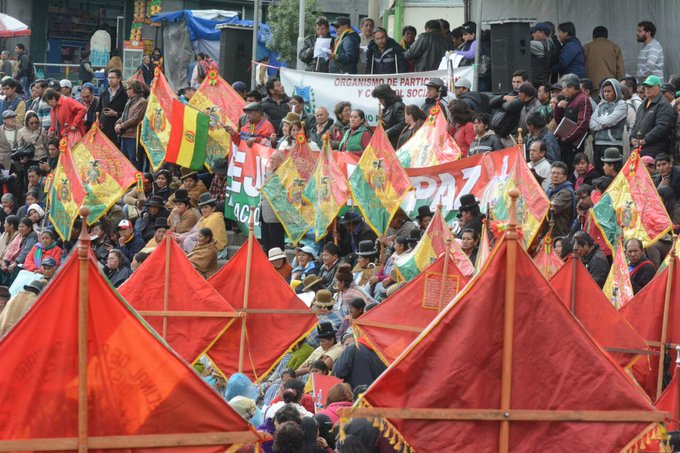 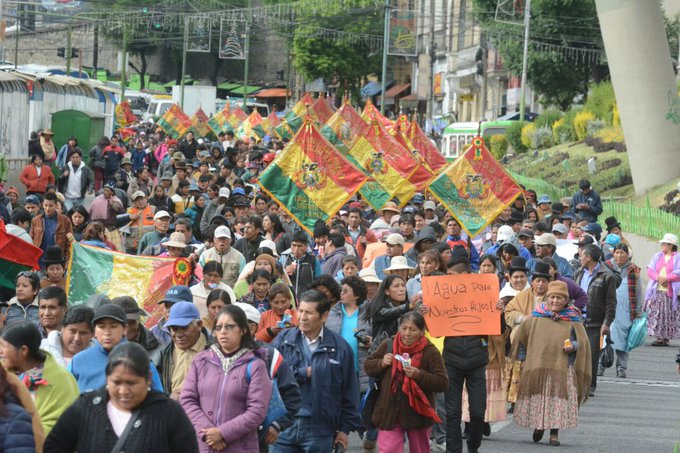 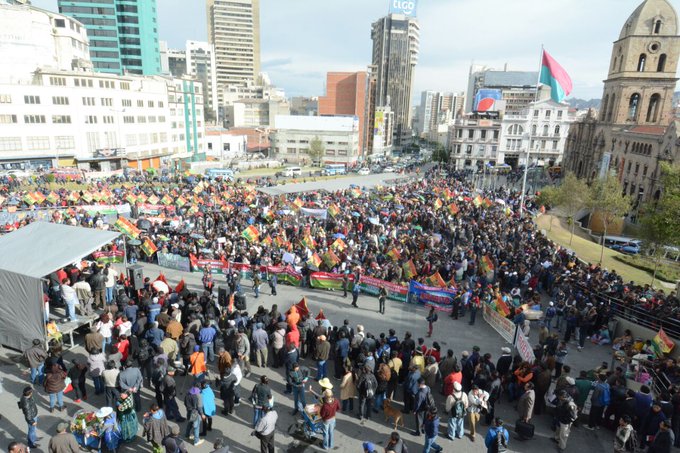 Experts say the country’s water shortages are caused or exacerbated by rising temperatures and the El Niño weather phenomenon in the Pacific. Additionally, booming migration to the country’s largest cities has pressured resources, particularly water, and the country’s limited infrastructure has struggled to keep up. Environmental advocates also say the drought reveals the impact of large-scale agriculture and mining projects, which divert water supplies and contaminate lakes and other water sources, Reuters reported.

But the country’s president has insisted the drought is a result of global warming, and had been a long time coming. He lamented the fact that it has taken until now for the country to address the problem, and warned Bolivians that “global warming will continue.”

Scientists are now warning that melting glaciers — another global warming phenomenon — could make the country’s water woes even worse with time. In what might seem like a paradox, in a new study published recently in the journal The Cryosphere, Simon Cook of Manchester Metropolitan University in the U.K. and British and Bolivian researchers found that the area of of the Bolivian Andes covered by glaciers shrunk by 43 percent between the years 1986 and 2014. That means about 88 square miles worth of glaciers has disappeared.

As The Washington Post reported, higher temperatures could be to blame. Temperatures in the region have risen by about 0.15 degrees Celsius each decade between 1950 and 1994 and may be warming at an even higher rate now.

Bolivia’s receding glaciers could eventually be particularly troubling for the country, since the 2.3 million inhabitants of the most affected cities, La Paz and El Alto, receive about 15 percent of their water supply from glacier melt-water. That number almost doubles during the dry season.

“We predicted in our study that most glaciers will be gone or much diminished by the end of the century — so where will the water come from in the dry season?” Cook wrote in the report. “Big cities like La Paz are partially dependent on meltwater from glaciers. But little is known about potential water resource stress in more remote areas. More work needs to be done on this issue.”

A recent report from the Stockholm Environment Institute focused specifically on El Alto — the poorest city in the poorest country in South America. It faces a rising demand for water, since it is one of the fastest growing Latin American cities, as indigenous people have left rural areas to seek work.

These pressures couple with decreasing water supplies as glaciers in the surrounding Cordillera mountain range recede drastically. One glacier on Chacaltaya mountain, which rises above El Alto and once hosted the world’s highest ski resort, has already completely disappeared. Two glaciers that provide water for El Alto and La Paz lost 39 percent of their area between 1983 and 2006, the report read.

The glacier retreat also means less water is available to supply rivers and lakes, such as southern Bolivia’s Lake Poopó, which dried up in February. Less than a year later, a second lake in Bolivia has disappeared — lake Uru Uru in the country’s Oruro Department.

Pedro Calizaya, a man who has lived in the area for 40 years, told El Deber newspaper that the lake is “no more” and has been converted into simply a grazing zone.

“They died from the drought, the contamination, the lack of forage,” he said. His animals that remain are emaciated, he said, unable to find food.

“We walk for hours looking, from here to there,” he said. Since the little water that remains is contaminated, the animals get sick easily. “Their bellies swell, they vomit like beaten flour and they die,” he said.

Samantha Schmidt is a reporter for The Washington Post's Morning Mix team. She previously worked as a reporting fellow for the New York Times.
source: https://www.washingtonpost.com/
original story HERE