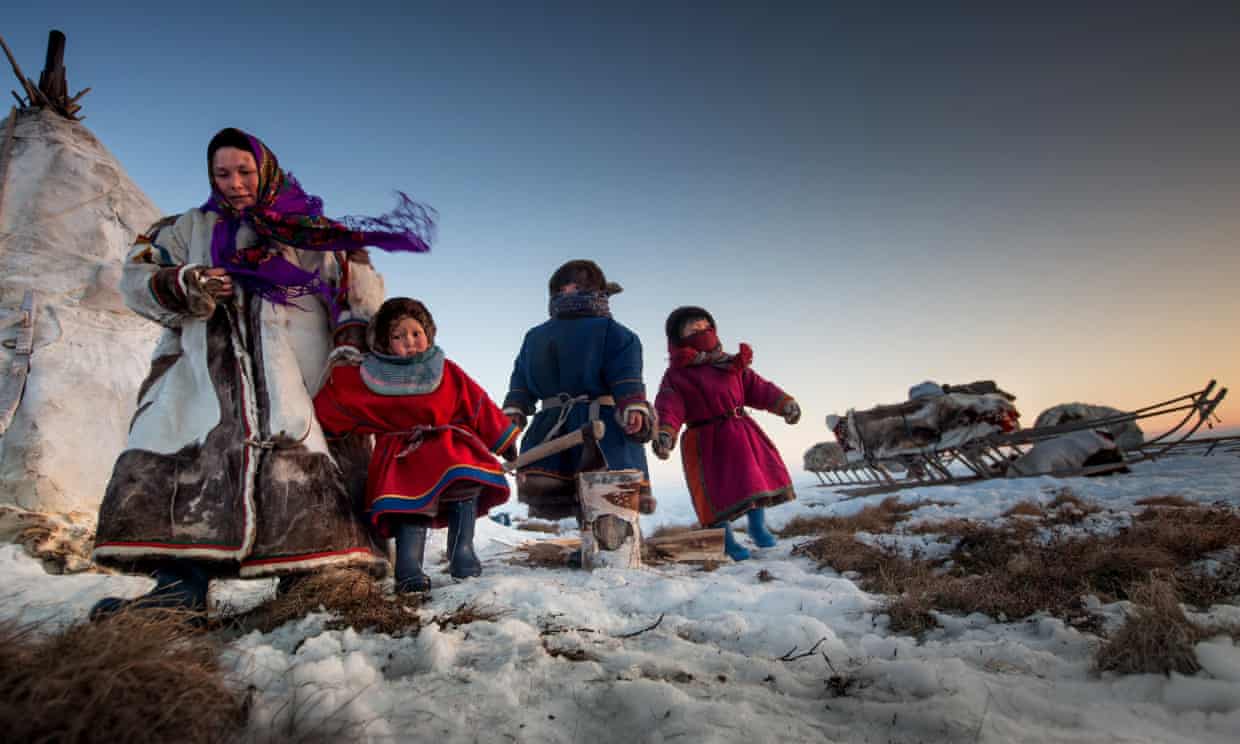 A family is seen 150km from the town of Salekhard, Russia on 2 May 2016. Photograph: Anadolu Agency/Getty Images

A 12-year-old boy in the far north of Russia has died in an outbreak of anthrax that experts believe was triggered when unusually warm weather caused the release of the bacteria.

The boy was one of 72 nomadic herders, including 41 children, hospitalised in the town of Salekhard in the Arctic Circle, after reindeer began dying en masse from anthrax.

Five adults and two other children have been diagnosed with the disease, which is known as “Siberian plague” in Russian and was last seen in the region in 1941.

More than 2,300 reindeer have died, and at least 63 people have been evacuated from a quarantine area around the site of the outbreak.

“We literally fought for the life of each person, but the infection showed its cunning,”the Yamal governor, Dmitry Kobylkin, told the Interfax news agency. “It returned after 75 years and took the life of a child.” 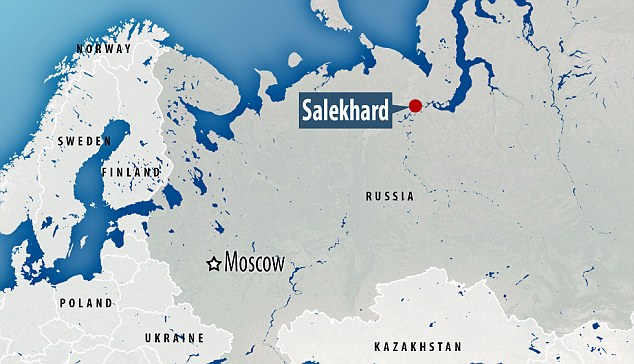 The tabloid LifeNews reported that the boy’s grandmother died of anthrax at a nomad camp last week.

Authorities said the outbreak was linked to climate change. For the past month, the region has been experiencing abnormally high temperatures that have reached 95F.

Anthrax spores can survive in frozen human and animal remains for hundreds of years, waiting to be released by a thaw, according to Alexei Kokorin, head of WWF Russia’s climate and energy programme.

“Such anomalous heat is rare for Yamal, and that’s probably a manifestation of climate change,” he said.

Average temperatures in Russia have increased by 0.43C in the past 10 years, but the rise has been more pronounced in areas of the far north. The warmer climate has begun thawing the permafrost soil that covers much of Russia, including cemeteries and animal burial grounds. Thawing permafrost has also led to greater erosion of river banks where nomads often buried their dead, Kokorin said.

“They didn’t bury deep because it’s hard to dig deep in permafrost,” he explained.

According to custom, the Nenets tribe often inters its dead in a wooden coffin on open ground. 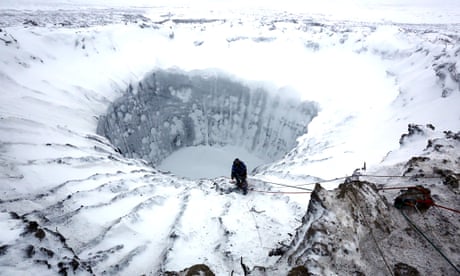 The disease from thawing human and animal remains can get into groundwater that people then drink. The boy in Salekhard died from the intestinal form of the disease, which typically results in fever, stomach pain, diarrhea and vomiting.

Other reports said a local cemetery was suspected, or infected venison.

Three unusual sinkholes were discovered on the Yamal peninsula in 2014, a phenomenon that many scientists also tied to climate change. Thawing permafrost could have allowed gas in the ground to explode, they said.

This summer, researchers have filmed grassy ground on an island off the Yamal peninsula that appeared to bounce under their feet. The phenomenon was likely caused by “bubbles” of methane and carbon dioxide, they said.