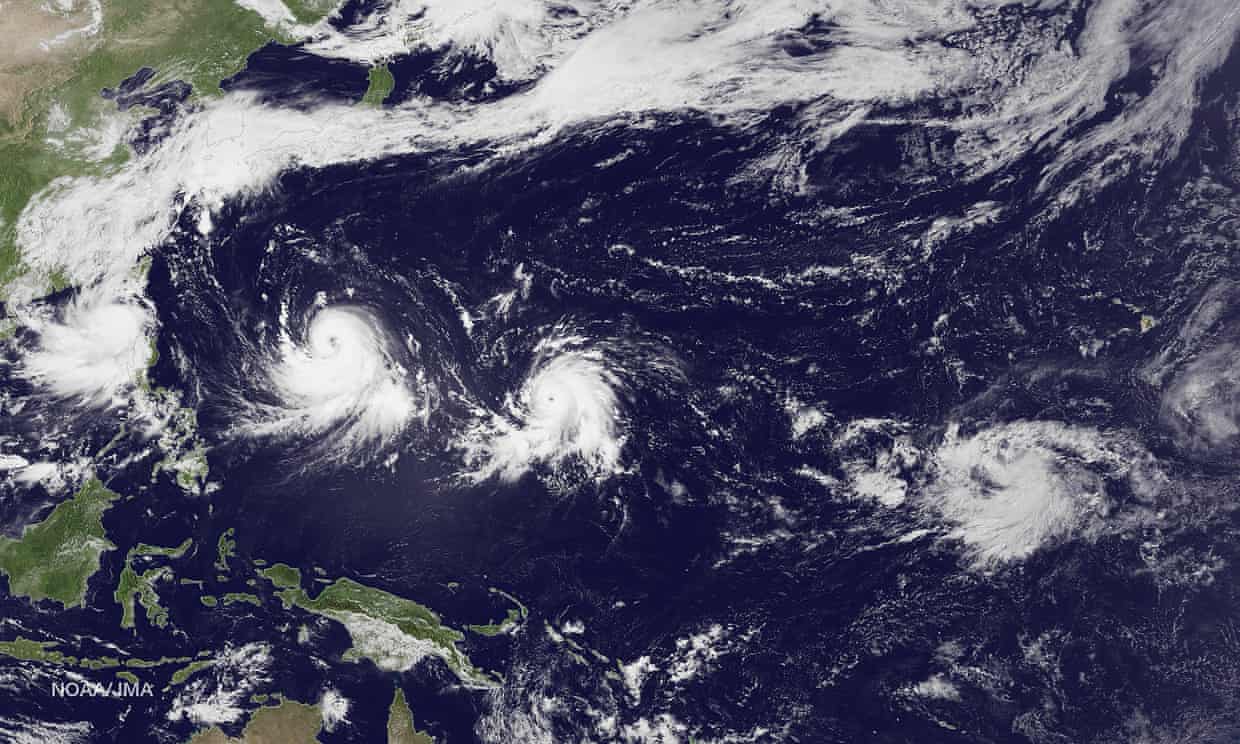 Giant storms that wreak havoc across China, Japan, Korea and the Philippines have grown 50% stronger in the past 40 years due to warming seas...

The destructive power of the typhoons that wreak havoc across China, Japan, Korea and the Philippines has intensified by 50% in the past 40 years due to warming seas, a new study has found.

The researchers warn that global warming will lead the giant storms to become even stronger in the future, threatening the large and growing coastal populations of those nations.

“It is a very, very substantial increase,” said Prof Wei Mei, at the University of North Carolina at Chapel Hill, who led the new work. “We believe the results are very important for east Asian countries because of the huge populations in these areas. People should be aware of the increase in typhoon intensity because when they make landfall these can cause much more damage.”

Typhoons can have devastating impacts in east Asia. In 2013, typhoon Haiyan hit the Philippines, killing at least 6,300 people and affecting 11 million. Typhoon Nina struck China in 1975, dumping 100cm of rain in a day and leading to 229,000 deaths and 6m destroyed buildings. Last week typhoon Lionrock left 11 people dead in northern Japan and caused power blackouts and property damage, while in July typhoon Nepartak hit Taiwan and China, killing at least nine people and leaving a trail of destruction.

In the new research, published in Nature Geoscience, the scientists took data collected independently by centres in Japan and Hawaii and, after accounting for differences in the way it had been collected, showed that typhoons in the north-west Pacific had intensified by 12–15% on average since 1977. The proportion of the most violent storms - categories 4 and 5 - doubled and even tripled in some regions over that time and the intensification was most marked for those storms which hit land.

The intensity of a typhoon is measured by the maximum sustained wind speed, but the damage caused by its high winds, storm surges, intense rains and floods increases disproportionately, meaning a 15% rise in intensity leads to a 50% rise in destructive power. 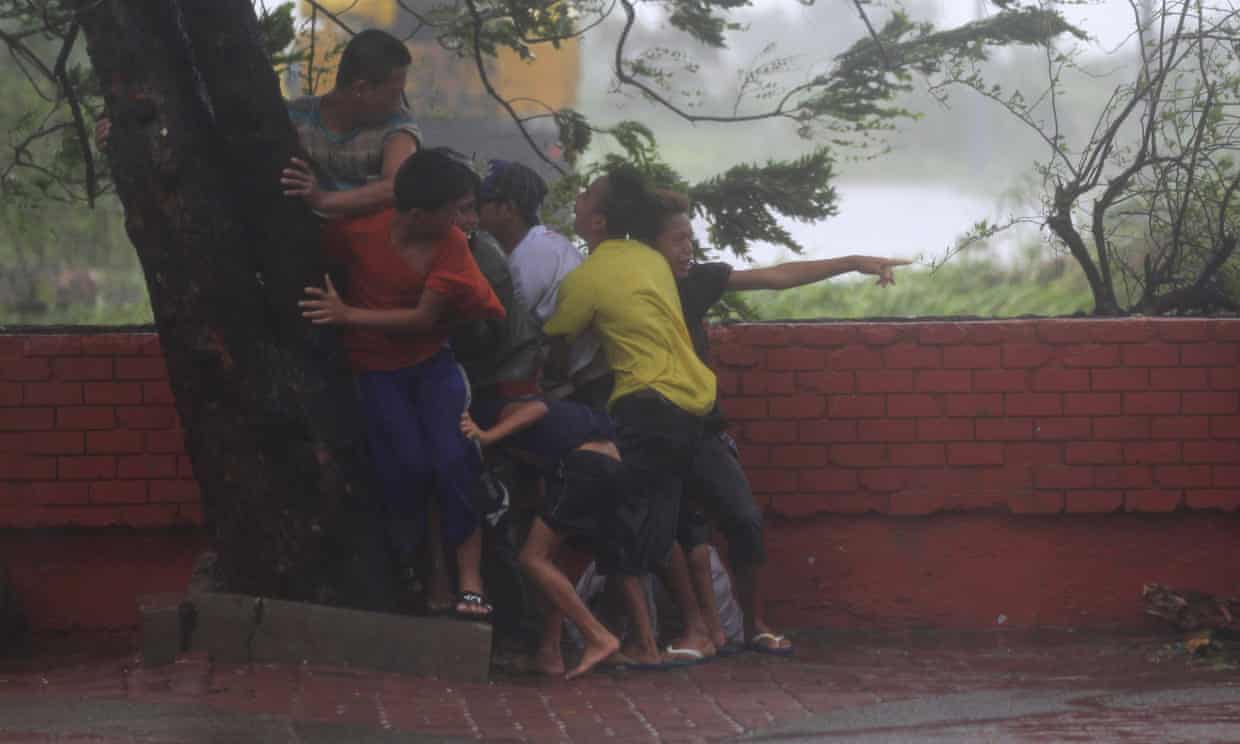 Scientists are not yet able to determine whether manmade climate change or natural cycles are to blame for the warming seas in the region because 40 years is a relatively short time span for such phenomena. But Wei is clear that the future global warming, as projected by the UN’s Intergovernmental Panel on Climate Change, would heat the oceans in the region and lead to even more intense typhoons.

Mei said: “We want to give the message that typhoon intensity has increased and will increase in the future because of the warming climate.” He said action was needed to both prepare for future typhoons and to reduce carbon dioxide emissions to curb warming: “Understanding intensity change is very important for disaster preparation.”

Prof Kerry Emanuel, an expert on tropical cyclones at MIT and not involved in the new research said: “The results leave little doubt that there are more high intensity events affecting south-east Asia and China, and these are also intensifying more rapidly.”

“This is significant for these nations because what matters, in the end, is landfall size and intensity,” he said. “Stronger storms cause higher storm surges, which often cause the most destruction and loss of life.” Previous work by Emanuel showed tropical cyclones are likely to become more frequent and stronger if climate change is not curbed.