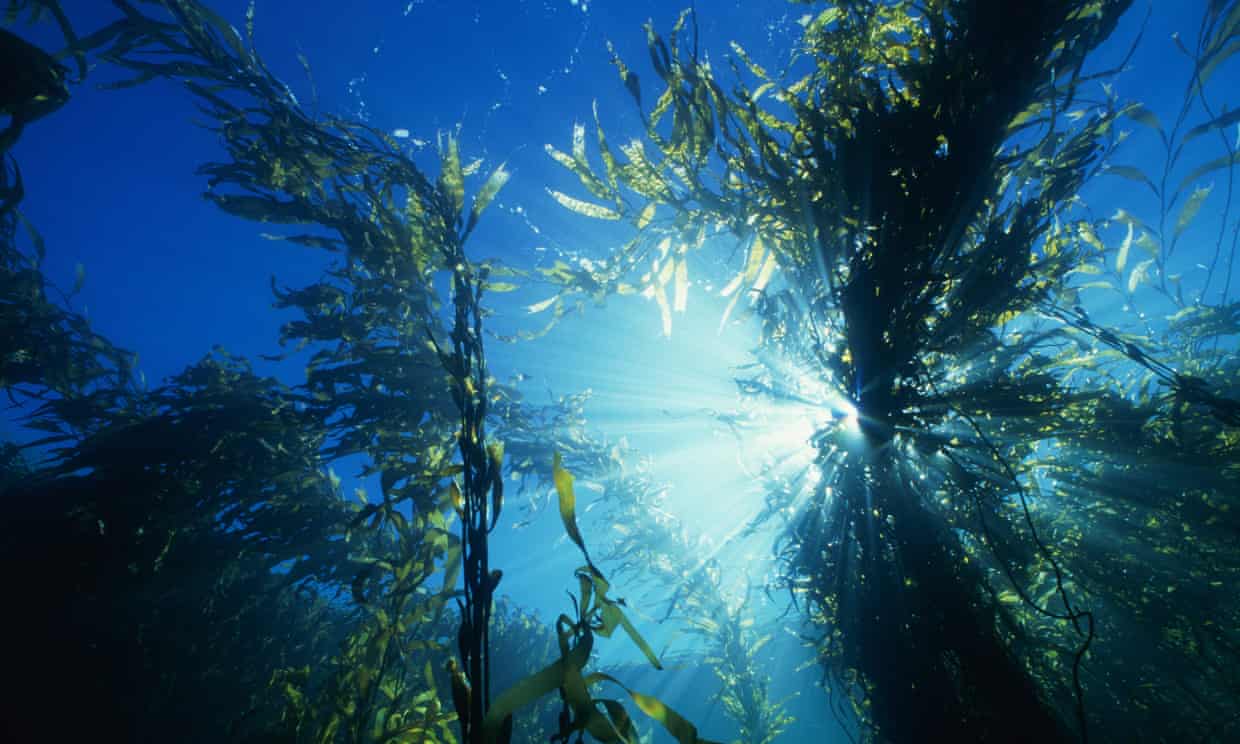 The giant kelp forests are part of the Great Southern Reef – a global biodiversity hotspot, with up to 30% of species endemic. Photograph: Thomas Schmitt/Getty Images

About 90% of forests off the western coast were wiped out between 2011 and 2013, posing a threat to biodiversity and the marine economy, say scientists...

A hundred kilometres of kelp forests off the western coast of Australia were wiped out by a marine heatwave between 2010 and 2013, a new study has revealed.

About 90% of the forests that make up the north-western tip of the Great Southern Reef disappeared over the period, replaced by seaweed turfs, corals, and coral fish usually found in tropical and subtropical waters.

The Great Southern Reef is a system of rocky reefs covered by kelp forests that runs for 2,300km along the south coast of Australia, extending past Sydney on the east coast, down to Tasmania and, previously, back up to Kalbarri on the west coast.

It supports most of the nation’s fisheries, including the lucrative rock lobster and abalone fisheries, and is worth about $10bn to the Australian economy. It is also a global biodiversity hotspot, with up to 30% of species endemic.

Dr Thomas Wernberg, from the University of Western Australia’s oceans institute and lead author of the study, told the Guardian that 100km of kelp forest died following a marine heatwave in 2011 which saw the ocean temperature increase by 2C.

The death of the kelp caused the functional extinction of 370sq km of rocky cool-climate reefs, extending down the coast from Kalbarri, about 570km north of Perth, Western Australia.

Kelp forests on Australia’s west and southern coasts have been devastated by marine heat waves...

The area was then rapidly colonised by turf-forming seaweeds and bottom-grazing tropical herbivores, such as rabbitfish and parrotfish, which stopped the kelp from regrowing.

If the trend continued, Wernberg said, the kelp forests could retract to the southern tip of the state, with environmental and economic consequences as grave as the loss of the Great Barrier Reef.

“I think the next big heatwave is just going to push what we see in the north ultimately further down, and then it just depends on how bad that heatwave is, whether we go all the way down to Perth or whether we just go another 10km.

“All the projections are that it will get warmer, we will get more frequent heatwaves, so unfortunately I think it’s just a matter of time,” he said.

The heatwave in 2011 killed 43% of kelp in western Australia, but with the exception of the northern tip near Kalbarri most was able to regrow.

Wernberg said that northern area was now being colonised by corals and coral reef species, brought in by the Leeuwin current which runs north-to-south in a west coast replica of the East Australia Current.

He said the area would eventually become tropical, but “I don’t think that these things will turn into healthy functional coral reefs in our lifetime”.

“It’s not just a matter of a temperate ecosystem being replaced by a tropical ecosystem... You sort of get locked into this intermediate stage where you have lots of small turf-forming seaweeds, so you lose the best parts of both systems.

“We take these systems for granted because they’re right in your backyard, in contrast to the Great Barrier Reef. This is a cool water, seaweed-dominated system that for a lot of reasons is less attractive. The water’s not as clear, it’s cold... I can understand that, of course, but if you look at what kelp forests actually do for us I think we need to be as passionate about understanding this reef system,” Wernberg said.

The El Niño phenomenon that caused mass coral bleaching in the Great Barrier Reef earlier this year also caused the longest and hottest heatwave on record off the east coast of Tasmania, resulting in mass oyster deaths but not, surprisingly, a huge loss of kelp.

That suggested southern kelp forests were more able to withstand heatwaves than northern kelp forests, Prof Craig Johnson, from the University of Tasmania’s Institute for Marine and Antarctic Studies, told the Guardian.

He agreed with Wernberg that it was likely kelp forests would retract to the southern-most corners of the continent as temperatures warmed, which would see the majority of species dependent on the reef pushed out. 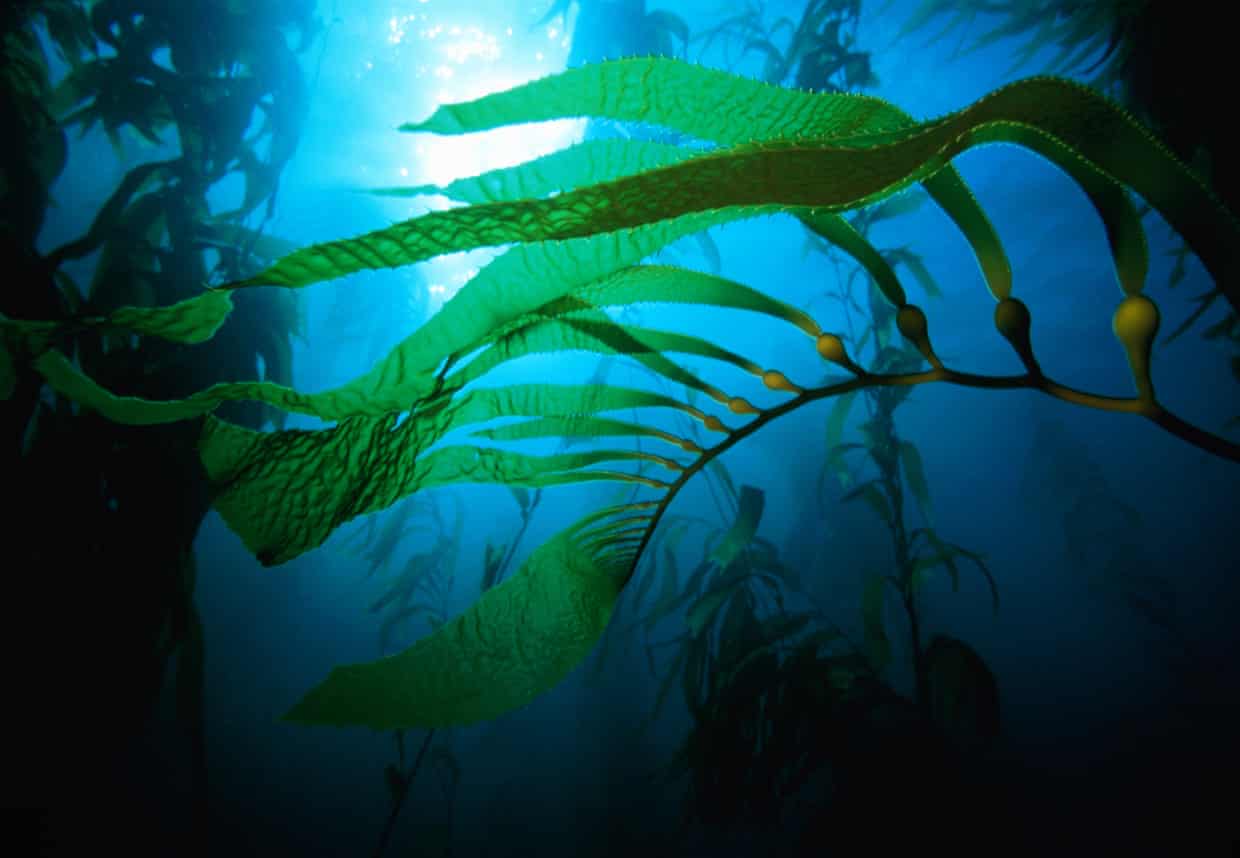 Tasmania has already lost 95% of its giant kelp forests, due to ocean warming over the past 80 years, but the remaining species appear more resilient. The species grows so fast you can measure it in the morning and come out after lunch to find it’s grown another 30cm.

The study, Climate-driven regime shift of a temperate marine ecosystem, was published in the journal Science on Thursday.