The global public outpouring of compassion and horror at the police killing of George Floyd Jr. in Minneapolis reflects the best of humanity. 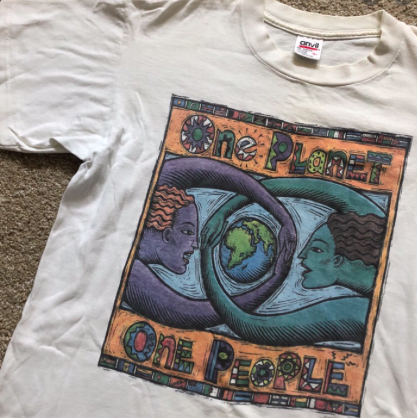 With four armed police present, to asphyxiate over a period of almost nine minutes a man lying on the ground, handcuffed, for allegedly (at the time) passing a counterfeit $20 bill, is an evil murder. George Floyd had hurt no one and was a threat to no one. America and the world have responded well to the nine minutes of suffocating suffering, with empathy, with humanity, with fellow feeling.

The cruel taking of a life for a 20-dollar bill highlights my belief that oppressive discrimination against minorities is actually due to a society’s abuse of power for economic advantage. African Americans constitute about 13% of the US population. Their income disparity has greatly improved since integration, but their median household income is $41,361 compared to the overall $63,179.

Incidentally, with the US having voted in a hate monger as president, the protests may well have saved America from the worst tyrannical designs of Donald Trump.

As protestors have pointed out, there is only one race, the human race. Research into our origins has discovered we are all out of Africa. In the most profound sense, we are all African. We are all brothers and sisters. All lives matter. Life matters, dammit. This is not for one moment to deny the privilege afforded to many of us and denied to many others by the sheer luck — good or bad — and timing of our birth. Climate disruption doesn’t recognize “race” but it sure as heck is impacting the most economically vulnerable and marginalized “first and worst.”

Yes, those who work to protect the environment should be protective of abused and economically less resilient minorities, and they have supported the global protest. Indeed, environmentalists continue to be murdered on clear economic motivation.

This police murder of George Floyd is the latest in a very long line of so-called racial crime and discrimination in the United States. Perhaps people worldwide have sensed that it is a crime against the human race. American progress in recognizing that we are one race has been slow and painful, and the struggle against such obscene injustices goes on. It comes from a long history of oppression and exploitation in the US, which is part of the long, hideous history of European nation state pillage, oppression and exploitation of countries expropriated and peoples enslaved for profit.

In the 1980s, trying to understand the threat of global destruction in the madness of the nuclear arms race and increasing global environmental destruction and pollution, I came across a book by American professor, Murray Bookchin, and his theory of “social ecology.”

Put simply, as I understood it, Bookchin saw oppression of vulnerable minorities of all kinds worldwide as part of the same social disorder of domination that oppressed children, women, Indigenous peoples, and Nature. Passionately concerned with the environmental crises, he saw the oppression and exploitation of Nature as coming from the same mindset of domination — institutionalized as economic capitalism and supported by the militaries and police forces of huge nation states.

Interestingly, in 1965, Bookchin wrote “Man’s increased burning of coal and oil is annually adding 600 million tons of carbon dioxide to the air, or about .03 percent of the total atmospheric mass. During the past one hundred years, he has contributed 260 billion tons, or 13 percent more of the gas to the earth’s atmosphere. This blanket of carbon dioxide tends to raise the atmosphere’s temperature by intercepting heat waves going from the earth into outer space.” Over 50 years ago, he was making the connection between oppression of fellow humans and destruction of the Earth.

Our dominating dominant EuroAmerican culture has a history, going back centuries, of ruthless conquest for economic exploitation. We have a murderous past. We have conquered other countries and continents, animal species, Indigenous peoples on their own lands, mighty rivers, mountain peaks, oceans and outer space.

The cruel, colonizing and conquering history of European nation states was exported to America. The slave trade of Africans to America was big business for Britain and America. It is an atrocity unmatched in our worst-recorded history, which still haunts us. In the colonization of America, carrier pigeons and buffalo in the tens of millions were exterminated in the name of economic progress, and the Native Americans were beaten back and confined in concentration reservations.

So here we are today, with the perverse maximum-profit-at-any-cost world economy accelerating the sixth mass extinction of life on Earth. This is even though Earth is recognized by all our religions as sacred, and even though we have discovered no other sign of life in the Universe.

The latest and most lethal conquest is the climate, and the insane climate geo-engineering plans. With this, all today’s children and all future generations are being ruthlessly exploited for economic gain, and are denied the right to a future. Fossil fuel air pollution is suffocating, killing 3 to 4 million people every year (we don’t know how many other animals it kills). Atmospheric greenhouse gas pollution is suffocating the future of life. We are being choked to death by powerful corporations aided by big-economy world governments. Our governments are supposed to protect us.

The human race, like other species, depends totally on the stable climate and the integrity of global ecosystems for the survival of our species. As the Indigenous peoples have always known, all life matters. Evolution tells us that the human species and all others are children of Mother Earth. I surmise that the Buddha said, “All life suffers.” Compassion for all human — indeed all living — beings is our surest salvation. There is hope for our future in the recent great global compassionate protests for the recorded police murder of an African American called George Floyd, which may be some small solace for his family and friends.