Can US Democracy End the Destruction of the Living Planet Earth?

So, CAN the United States be a force for good when it comes to protecting Mother Earth? It depends on the environmental promises of each of the Parties, but also on the integrity of the US democratic system. 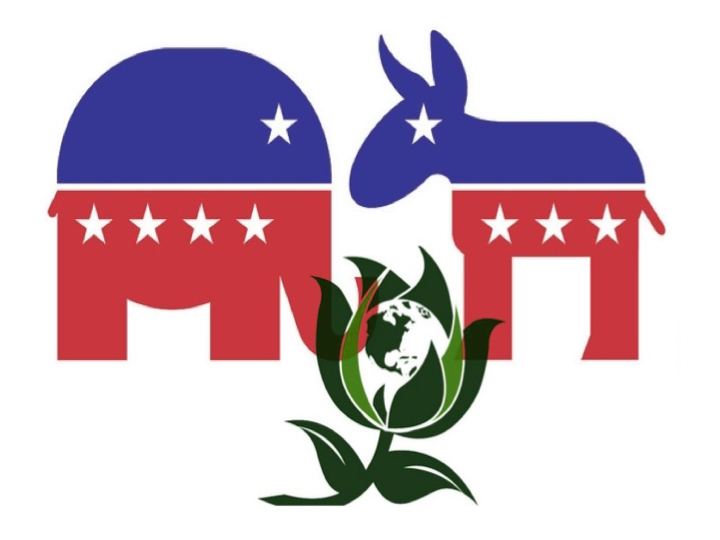 To fight the climate emergency, all Parties have to unite, as happened during wartime. (See Lester Brown’s explanation of that mobilization here.) It will happen, even in the US. It will take a massive and sustained united demand from the American people.

There appears today no chance of that happening, but with rapidly increasing unprecedented disasters hitting America, it could happen soon. For today, voting has never been more vital, so the record early voting turnout in the US is a good sign.

The news is that Jo Biden has for weeks led the Trump campaign by a double-digit margin. There are obvious reasons. Similar to the Trump “no plan” on Covid-19, the President has no climate change plan either. Yesterday (30 October 2020), Worldometer reported a record new 101,461 cases in the United States, with a high death rate of 988 for the day. That’s a terrible world’s worst on Covid. However, having no plan for the climate endangers the survival of all humanity and most life, so it’s not surprising the Trump campaign is doing less well.

Where do the US political parties stand on the global climate change issue, and will the US election allow the people to vote according to the best policies for the people of the Presidential and Congressional candidates up for election? Democracies, particularly the US, have strayed a long way from President Abraham Lincoln’s definition of “government of the people, by the people, for the people.”

The Trump and Republican Party platform has no plan to deal with climate change. Jo Biden and the Democratic Party have a plan with important specific policies. Then there’s the US Green Party. Arguably — and no surprise — the best platform on climate change is neither the Republican nor the Democratic Party. It’s the US Green Party, which for years has had the best combination of policies with the best chance to avert global planetary climate catastrophe.

Beyond the presidential candidates’ rhetoric, we need to know the actual climate and energy policies of the US presidential candidates. For democracy to be respected, that should have included Howie Hawkins, the US Green Party candidate for president. He is a retired workingman. He was the co-founder of the US Green Party and the first US candidate to campaign for a Green New Deal back in 2010 — specifically an eco-socialist Green New Deal. The US Green Party’s Green New Deal stands out because its goal is zero greenhouse gas emissions and 100% clean energy by 2030. It also enacts an Economic Bill of Rights with federal guarantees of living-wage jobs, incomes above poverty, affordable housing, universal health care, lifelong tuition-free public education, and secure retirements.

We need to know where all the candidates stand because global climate and oceans disruption caused mainly by fossil fuel burning is a rapidly increasing threat to the survival of the human race and most life on this wonderful planet Earth.

To the American media and the general public, the election is a high-priced race between President Donald Trump and former Vice-President Jo Biden. The Republican and Democratic Parties will spend a record nearly $14 billion dollars on their campaigns for the presidency and Congress, nearly double the 2016 presidential election campaign sum. The two presidential candidates are expected to spend $6.6 billion. No wonder Senator Elizabeth Warren said that US campaign finance reform is essential.

The voting situation, certainly voting by mail, has become a mess. The postal service is not up to the job and it could take weeks for the result to be published.

Then there’s the fact that the president is not democratically decided by the nation’s popular vote but by individual electors in each state, through the Electoral College. Six times the presidential candidate who won the popular vote was not “elected” to the White House. (For Americans and others who do not understand this system, here’s a good primer.)

In 2016 Donald Trump lost the popular vote by 2.8 million votes but won against Hillary Clinton by securing 304 electoral votes to her 227. The Electoral College ballots had also voted in George W. Bush in 2000, even though Al Gore had actually won the popular vote. This can happen because in the Electoral Collage system, the least populous states and the smaller states are overrepresented, due to a required minimum of three electoral votes per state (despite its population), while the states with the most people — California, Texas and Florida — are underrepresented in the Electoral College.

Then there are the infamous voting machines, which are manufactured and provided by private companies. They should have been abandoned as soon as they were found to not be tamper-proof. The best democratic system is the paper ballot (with trained election workers counting the ballots and volunteer scrutineers from each party overseeing the count once the polls close). There is no US universal regulation on the machine vote counting. It is left to the individual states. Those that use the internet are hackable.

The Republican Party 2020 platform is to keep the 2016 platform unchanged. That platform was to maximize the nation’s fossil fuel production regardless of the impacts on climate, oceans, forest and food production, and environmental pollution in general. This was spelled out in the 2016 Trump election promise to “unleash America’s $50 trillion in untapped shale, oil, and natural gas reserves, plus hundreds of years in clean coal reserves.” The mainstream media did not warn Americans about this, reporting instead that Donald Trump had no specific platform policies.

The 2020 Trump for Re-election site repeats the 2016 slogan “Make America great again,” which was Ronald Regan’s first election slogan. The site makes no mention of climate change except for taking the US out of the Paris Agreement — the only country in the world to do so.

The Democratic Party platform says climate change is a global emergency, but does not mention fracking or fossil fuel subsidies. To find nine key elements of Jo Biden’s “clean energy revolution,” visit this site. He says that at stake is a livable planet, and that he will not ban fracking but will end fossil fuel subsidies, which should lead to the market putting an end to fracking. In the last debate, Biden said he would phase out US fossil fuel energy but also that US fossil fuel energy would not end any time soon. But his platform includes investing $400 billion into the deployment of clean energy technology and infrastructure, including 10 million new good-paying jobs in this sector.

US Greens say climate change is the greatest threat to humanity in our history. They have an ambitious plan to make drastic changes quickly to avert global catastrophe, by ending greenhouse gas emissions. The Green Party plan would enact energy democracy based on public, community and worker ownership of our energy system.

The Green Party platform ends fracking, tar sands, offshore drilling, oil trains, mountaintop removal, natural gas pipelines, and uranium mines. It halts any investment in fossil fuel infrastructure, including natural gas, and phases out all fossil fuel power plants. It phases out nuclear power and ends nuclear subsidies. It ends all subsidies for fossil fuels and imposes a greenhouse gas fee to charge polluters for the damage they have created.

Today, more than ever for their security, the people need the assurance of a healthy natural environment, but democracy was designed primarily for the self-interests of people. Nature and even future generations do not have rights in our system of government. True, In the United States over the past several decades, progress has been made in environmental regulations (with much of that undone by the current Administration). But powerful corporations have nevertheless been permitted to polluting on a massive scale. Taking corporations and governments to court for not respecting environmental protection is arduous, expensive and often results in failure.

What I’ve shared above shows that the eco-socialist slogan of Change the System, Not the Climate makes sense. With natural ecosystems and life collapsing all around us, all Americans — and the world — should unite to Make Earth Great Again. It has to happen.

(Special Op-ed Note: By law, the Job One for Humanity organization does not and cannot endorse or condemn candidates or political parties. It is allowed to provide commentary, analysis, or opinions on specific policies or positions that political candidates or parties are forwarding that do relate to or affect our mission.

We provide all information on the basis that it is for you alone to decide upon its merit or usefulness. We provide this information also to encourage public discussion and dialog on the presented relevant policy issues. This article is written by Peter Carter, an independent climate researcher. This op/ed article represents the analysis, positions, and opinions of climate researcher Peter Carter as a private individual.)