CLEAN ENERGY WON’T SAVE US – ONLY A NEW ECONOMIC SYSTEM CAN... 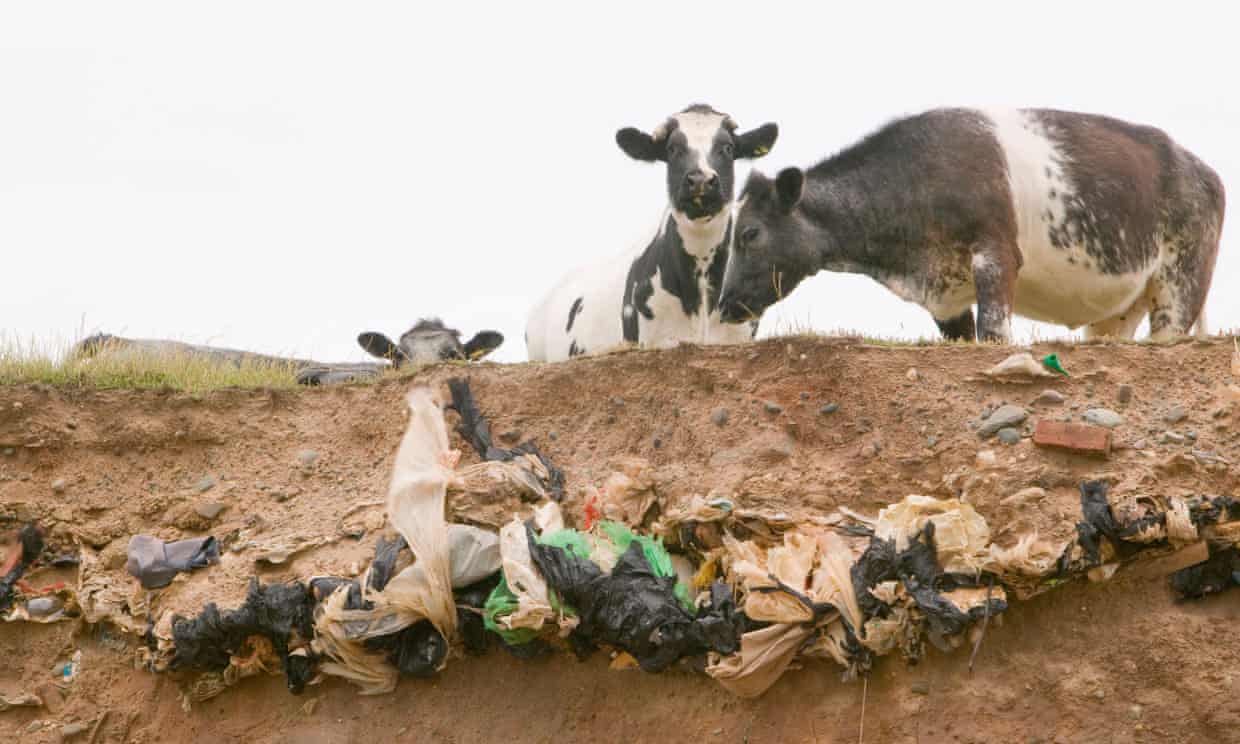 ‘That 30% chunk of greenhouse gases that comes from non-fossil fuel sources isn’t static. It is adding more to the atmosphere each year.’ Photograph: Ashley Cooper/Global Warming Images/Alamy

It’s time to pour our creative energies into imagining a new global economy. Infinite growth is a dangerous illusion...

Earlier this year media outlets around the world announced that February had broken global temperature records by a shocking amount. March broke all the records too. In June, our screens were covered with surreal images of flooding in Paris, the Seine bursting its banks and flowing into the streets. In London, floods sent water pouring into the tube system right in the heart of Covent Garden. Roads in south-east London became rivers two metres deep.

With such extreme events becoming more commonplace, few deny climate change any longer. Finally, a consensus is crystallising around one all-important fact: fossil fuels are killing us. We need to switch to clean energy, and fast.

This growing awareness about the dangers of fossil fuels represents a crucial shift in our consciousness. But I can’t help but fear we’ve missed the point. As important as clean energy might be, the science is clear: it won’t save us from climate change.

"What would we do with 100% clean energy? Exactly what we’re doing with fossil fuels"

Let’s imagine, just for argument’s sake, that we are able to get off fossil fuels and switch to 100% clean energy. There is no question this would be a vital step in the right direction, but even this best-case scenario wouldn’t be enough to avert climate catastrophe.

Why? Because the burning of fossil fuels only accounts for about 70% of all anthropogenic greenhouse gas emissions. The remaining 30% comes from a number of causes. Deforestation is a big one. So is industrial agriculture, which degrades the soils to the point where they leach CO2. Then there’s industrial livestock farming which produces 90m tonnes of methane per year and most of the world’s anthropogenic nitrous oxide. Both of these gases are vastly more potent than CO2 when it comes to global warming. Livestock farming alone contributes more to global warming than all the cars, trains, planes and ships in the world. Industrial production of cement, steel, and plastic forms another major source of greenhouse gases, and then there are our landfills, which pump out huge amounts of methane – 16% of the world’s total. 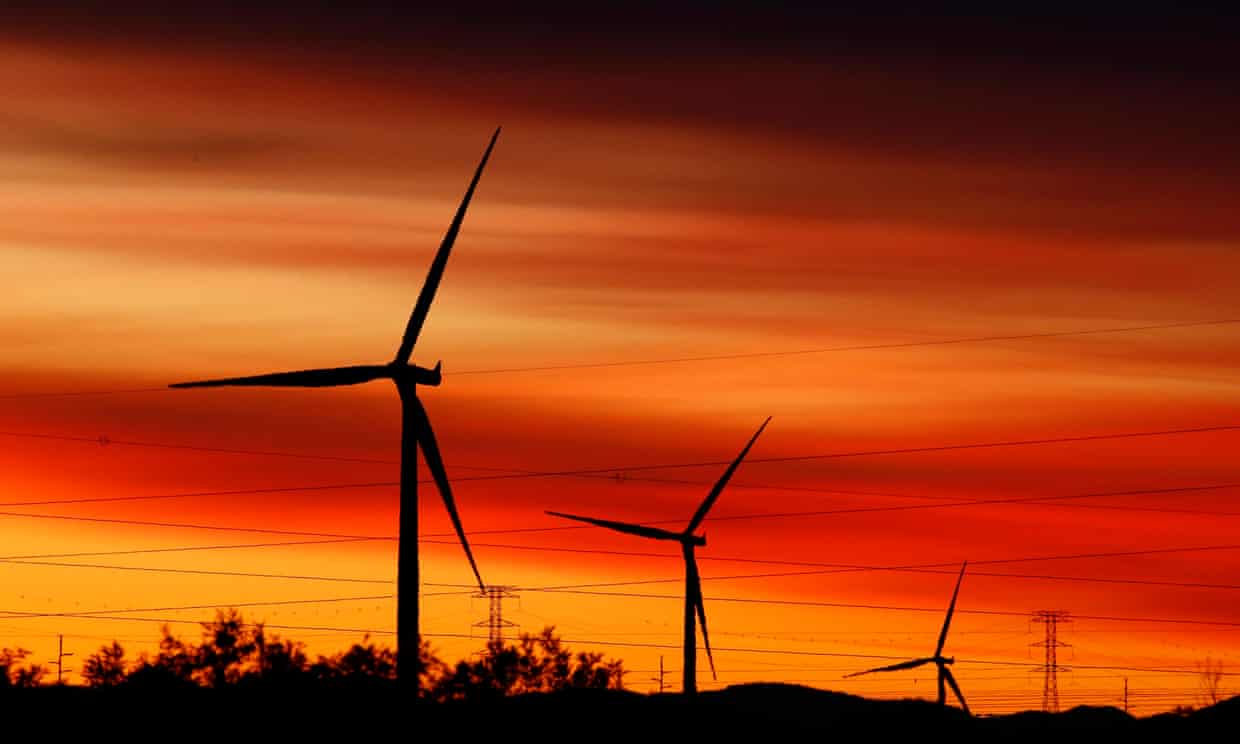 When it comes to climate change, the problem is not just the type of energy we are using, it’s what we’re doing with it. What would we do with 100% clean energy? Exactly what we are doing with fossil fuels: raze more forests, build more meat farms, expand industrial agriculture, produce more cement, and fill more landfill sites, all of which will pump deadly amounts of greenhouse gas into the air. We will do these things because our economic system demands endless compound growth, and for some reason we have not thought to question this.

Think of it this way. That 30% chunk of greenhouse gases that comes from non-fossil fuel sources isn’t static. It is adding more to the atmosphere each year. Scientists project that our tropical forests will be completely destroyed by 2050, releasing a 200bn tonne carbon bomb into the air. The world’s topsoils could be depleted within just 60 years, releasing more still. Emissions from the cement industry are growing at more than 9% per year. And our landfills are multiplying at an eye-watering pace: by 2100 we will be producing 11m tonnes of solid waste per day, three times more than we do now. Switching to clean energy will do nothing to slow this down.

"If we keep growing at 3% a year, that means that every 20 years we need to double the size of the global economy"

The climate movement made an enormous mistake. We focused all our attention on fossil fuels, when we should have been pointing to something much deeper: the basic logic of our economic operating system. After all, we’re only using fossil fuels in the first place to fuel the broader imperative of GDP growth. 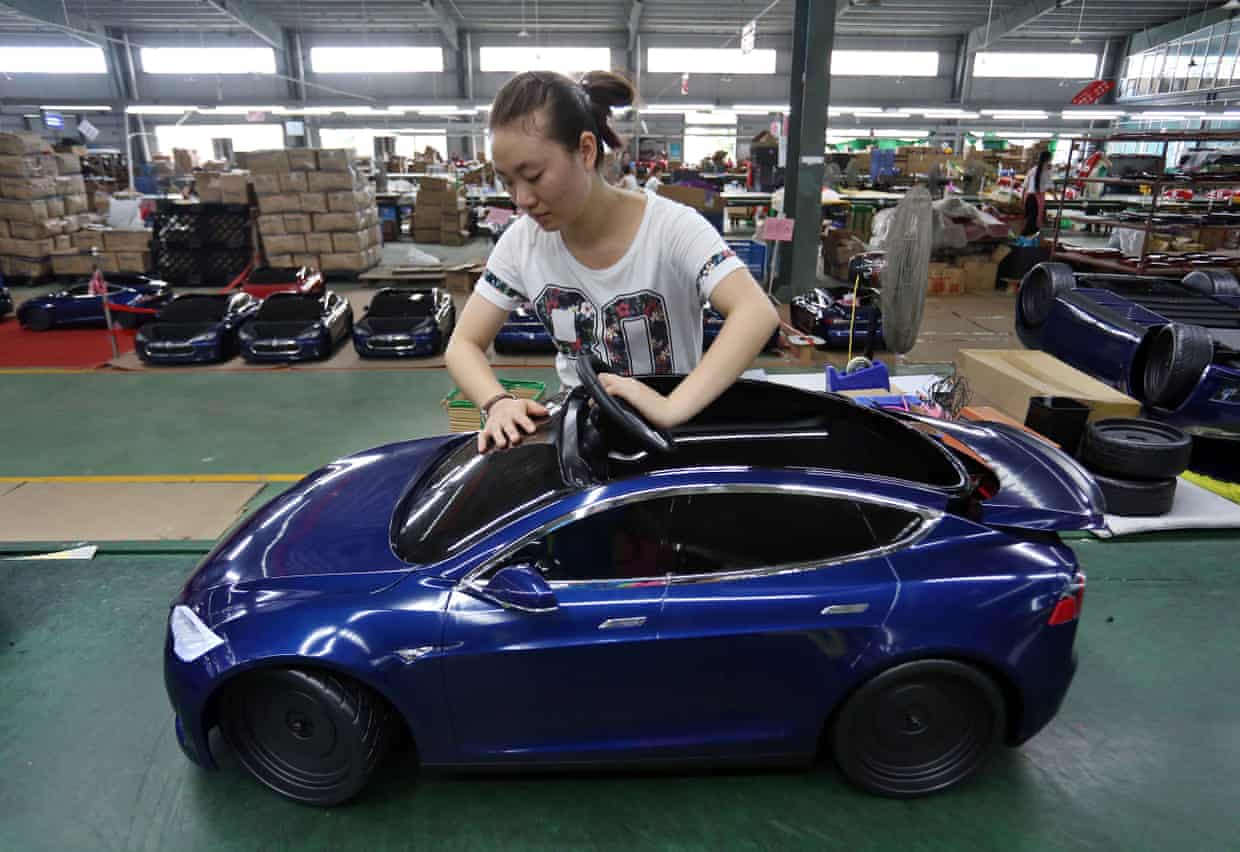 Current projections show that by 2040 we will more than double the world’s shipping miles, air miles, and trucking miles. Photograph: Feature China/Barcroft Images

Our more optimistic pundits claim that technological innovations will help us to de-couple economic growth from material throughput. But sadly there is no evidence that this is happening. Global material extraction and consumption has grown by 94% since 1980, and is still going up. Current projections show that by 2040 we will more than double the world’s shipping miles, air miles, and trucking miles – along with all the material stuff that those vehicles transport – almost exactly in keeping with the rate of GDP growth.

The Pope vs the UN: who will save the world first? Read more...

Clean energy, important as it is, won’t save us from this nightmare. But rethinking our economic system might. GDP growth has been sold to us as the only way to create a better world. But we now have robust evidence that it doesn’t make us any happier, it doesn’t reduce poverty, and its “externalities” produce all sorts of social ills: debt, overwork, inequality, and climate change. We need to abandon GDP growth as our primary measure of progress, and we need to do this immediately – as part and parcel of the climate agreement that will be ratified in Morocco later this year.

It’s time to pour our creative power into imagining a new global economy – one that maximises human wellbeing while actively shrinking our ecological footprint. This is not an impossible task. A number of countries have already managed to achieve high levels of human development with very low levels of consumption. In fact Daniel O’Neill, an economist at the University of Leeds, has demonstrated that even material de-growth is not incompatible with high levels of human well-being.

Our focus on fossil fuels has lulled us into thinking we can continue with the status quo so long as we switch to clean energy, but this is a dangerously simplistic assumption. If we want to stave off the coming crisis, we need to confront its underlying cause.