GAZETTE EDITORIAL: CLIMATE CHANGE AFFECTING WV, WHETHER WE BELIEVE IT OR NOT...

This map from the National Weather Service shows the intensity of the rain that brought flash floods to the region on June 23.

Twenty-three people died. Perhaps 1,000 homes were destroyed and 4,000 more damaged. Hundreds of businesses were wiped out, leaving their employees jobless. A half-million people lost power. Several schools were rendered useless. Total damage surely will exceed $100 million. Many families still have no homes. Scars from the tragedy will linger for decades. 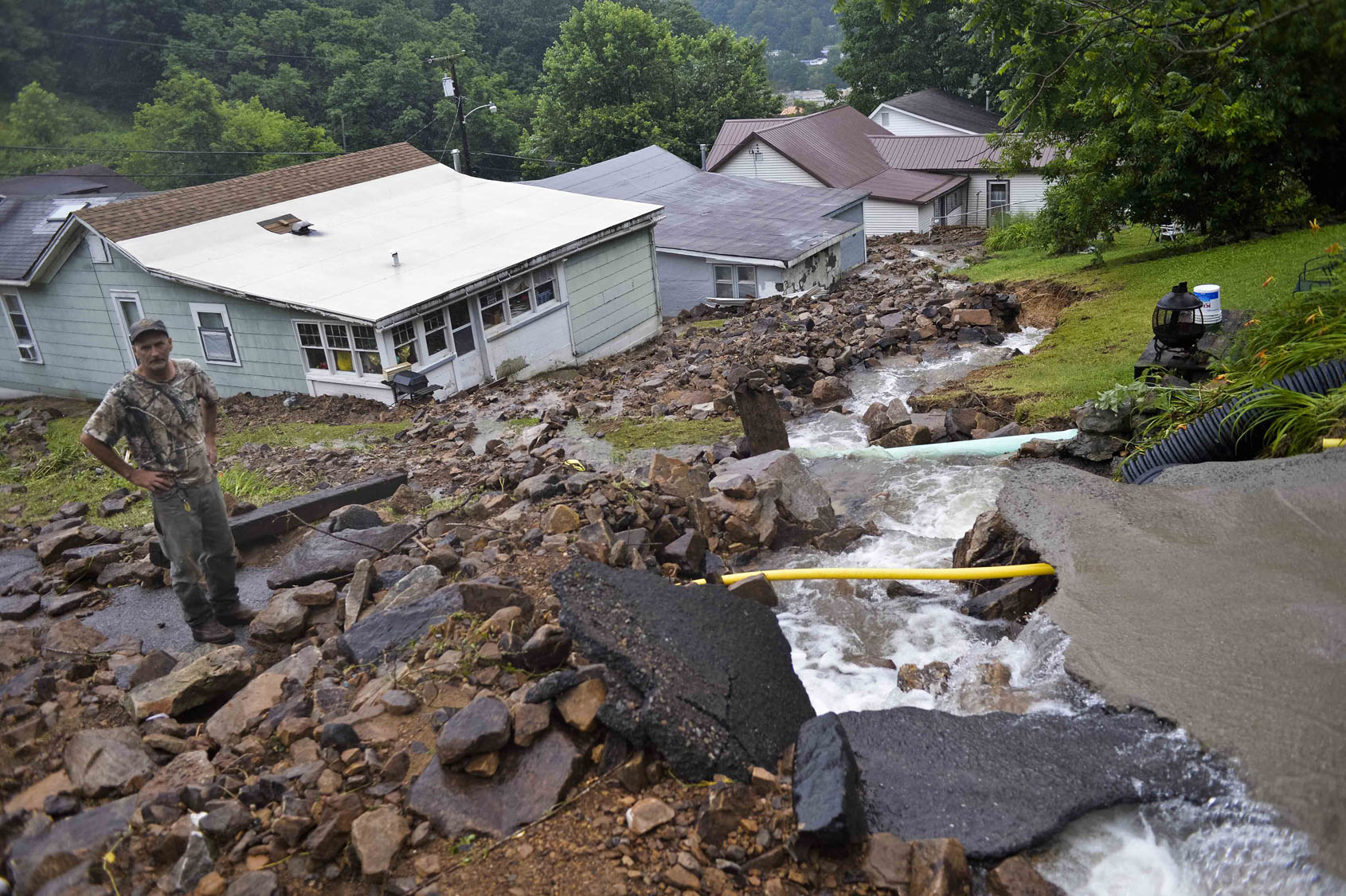 Rob Morissin stands among the aftermath of a rockslide caused by severe flooding that poured into a property owned by his family since the 1930’s in Richwood, W.Va. on Friday June 24, 2016. (Christian Tyler Randolph/Charleston Gazette-Mail via AP)

The disaster struck because of what meteorologists call “training” — strings of heavy rainstorms lined up over particular regions and dumped up to 10 inches of water in a brief time. In rugged Appalachia, such deluges roar down narrow valleys where most people live, wreaking horror.

In the wake of the 2016 calamity, thinking people must ponder: Global warming exacerbates many kinds of weather extremes, and thus the human suffering that comes with floods.

Several climate experts previously told the Gazette-Mail that this state’s flooding was linked to global warming. In addition, USA Today said: “The part of the USA that includes West Virginia has seen a 71 percent increase in extreme precipitation since 1958, according to the National Climate Assessment.”

Fumes from centuries of fossil fuel use form a “greenhouse” layer in the sky, trapping heat on the planet’s surface. Last year was the hottest ever recorded — and 2016 so far is wiping out previous records.

Jimmy Scott gets a hug from Anna May Watson, left, as they clean up from severe flooding in White Sulphur Springs, W. Va., Friday, June 24, 2016. A deluge of 9 inches of rain on parts of West Virginia destroyed or damaged more than 100 homes and knocked out power to tens of thousands of homes and businesses. Scott lost his home to the flood and a fire that consumed his and the homes of several relatives. (AP Photo/Steve Helber)

Ugly consequences follow. For example, in northern Russia, a heat wave melted permafrost and freed dormant anthrax spores that killed reindeer and a 12-year-old boy. Around 90 people have been hospitalized, half of them children.

Polls show that up to three-fourths of Americans now think global warming stems from human activity — but only 38 percent of Republicans think so. Donald Trump calls climate change a hoax. The GOP platform says global warming reactions are “the triumph of extremism over common sense.” West Virginia coal executives share that view.

The severity of West Virginia’s 2016 flood tragedy should jolt everyone out of old habits of dismissing climate change as some kind of political option, or just a coastal problem. The next storm will not care whether people believe in it, something to remember as West Virginians grieve, build, rebuild, recover and plan for the future.