CONTINUING COLLAPSE OF ANTARCTIC ICE SHELVES WILL AFFECT US ALL... 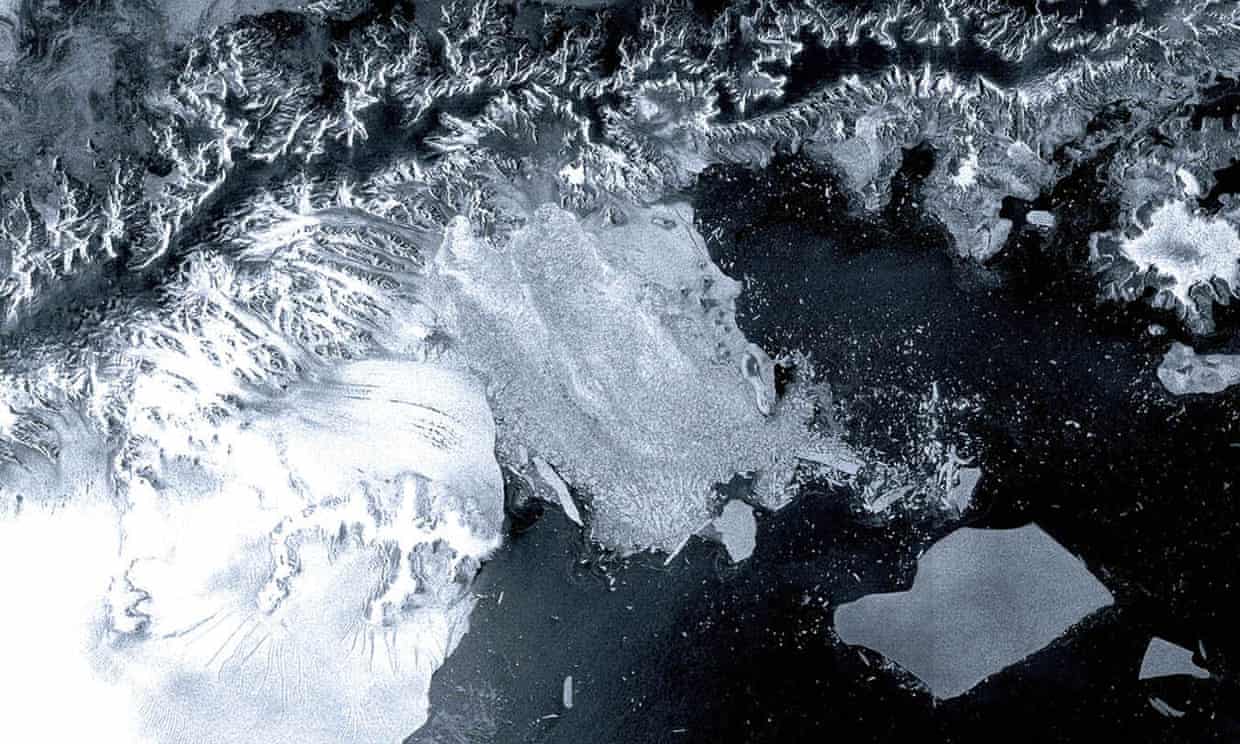 ESA satellite image from 2002 of the Larsen B ice shelf, shattered and separated from the continent. The Larsen A ice shelf collapsed in 1995. Photograph: AP

If we had a West Antarctica ice sheet collapse, "It would change the coastline of the world"...

A terrifying incident rocked the Argentine Matienzo base on the Antarctic Peninsula in 1995. The base was built on an island surrounded by a thick shelf of ice called Larsen A. Ten soldiers manning the base noticed strange pools of melted water appearing on the ice surface, followed by gurgling noises as water drained through cracks in the ice, whilst far below came deep rumbling sounds. Shortly after, a monstrous collapse shook the base as the whole of Larsen A suffered a colossal implosion and shattered into a melange of icebergs. That was followed by the collapse of more ice shelves along the Peninsula.

A far greater worry is the giant West Antarctic ice sheet. The ice sheet is buttressed by fringes of floating sea ice, which, if a similar collapse were to take place, could be enough to set off a chain reaction leading to a vast ice-sheet recession over just a few decades. If it melted completely scientists think that it could add as much as three metres to global sea levels, and that would spell catastrophe for low lying coasts around the world.