It was announced on April 1st, but it is no April’s Fools joke. There will be no UN COP26 in 2020. Nor is the Covid-19 virus playing tricks on the world. It was inevitable. Due to the virus pandemic, the United Nations 26th Conference of the Parties to the climate change convention has been postponed to next year. 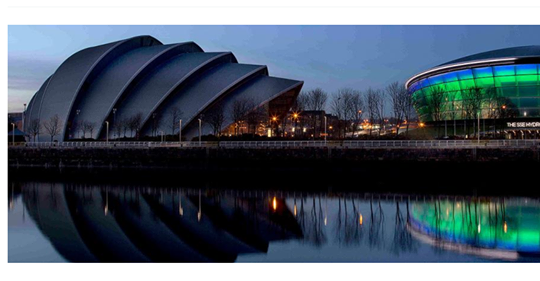 I would argue that with respect to the global climate emergency, there is nothing to lose in postponing COP26. The COPs have increasingly become an expensive carbon-polluting exercise in postponing the rapid decline in global emissions. Ever since the 2015 Paris Agreement on climate change, we have heard over and over how countries must “improve their climate ambition.” I finally figured it out. That is COPspeak for cutting back on fossil fuels. The COPs do nothing to raise the ambitions of nations, and are routinely demoralizing in their regular failure. COP25 in Madrid was the biggest in a long list of failures. “Negotiating” global emissions is now a cruel oxymoron.

Postponing the COP does not mean postponing the immediate and rapid decline in global emissions. Governments can easily co-operate without leaving their (home) offices to put emissions into decline, if they intend to prevent a climate Hell on Earth for all today’s children.

Even though at the opening of COP25, the IPCC Chair, Dr. Hoesung Lee, was eloquently emphatic that global emissions have to decline on an immediate basis — this year, 2020 (watch his speech here: https://www.youtube.com/watch?v=YxNNE-5mmek) — his urgent call to heed the science was not publicized and fell on deaf ears. It was incredible to see how Madrid negotiations were drawn out to be the longest COP ever, yet negotiators again managed to achieve nothing.

We have known for decades what it takes to decline global emissions. The 2006 UK Stern Commission report, The Economics of Climate Change, spelled it out. Climate change is due to fatally flawed economics, the greatest and furthest-reaching market failure ever, allowing fossil fuel polluters to avoid paying their pollution costs, which can be readily corrected by governments.

The correction of this market failure includes:

None of this is allowed in the negotiations at the COPs, not even a mention of fossil fuels.

And what of “ambition”? After 25 years of UN COPs, today’s atmospheric CO2 (413 ppm) is increasing faster than ever, and there are no plans to change that.

Under the 2015 Paris Agreement, countries agreed to report improved NDCs (national emissions targets), which means detailed plans, 9 to 12 months before the 2020 COP. It is difficult to ascertain which countries have done so. The climate convention website records that 186 Parties have submitted their first NDCs (2015) but only 3 Parties have submitted their second NDCs. Media reports say that by mid-March 2020, only four countries had: the Marshall Islands, Suriname, Norway, and Republic of Moldova. Since then Japan has filed a new NDC, which was met with scorn because it is no better than Japan’s 2015 target. So, only a handful of countries have filed new detailed national emissions, with Norway and Japan the only major economies.

It must be hoped that delaying COP 26 to 2021 will give more countries the opportunity to file serious plans to put their emissions into steep, sustained decline. I hope that people everywhere will take a good look at where global emissions have the world headed, which is global climate oblivion.

While the world has responded in a rapid and determined manner to the virus pandemic, the record shows the world has little to no ambition to avoid global climate catastrophe, which applies to the policy makers and the public.

In the light of this, there is real concern that countries will use the pandemic as an excuse to not up their ambition on their greenhouse gas emissions, and the climate emergency will be lost to the genuine attention given to the pandemic.

According to Climate Action Tracker, on the non-binding emissions targets, only Morocco and the Gambia have plans consistent with the 1.5ºC global survival limit. Only six countries have plans for a planetarily catastrophic 2ºC limit by 2100 (which is over 3°C by 2300), and that’s none of the major world economies.

At Madrid, UNEP warned in its 2019 GAP Report that “unless mitigation, ambition and action increase substantially and immediately in the form of new or updated nationally determined contributions (NDCs) by 2020, exceeding the 1.5°C goal can no longer be avoided. […] The current level of global GHG emissions is by now almost exactly at the level of emissions projected for 2020 under the business-as-usual, or no-policy scenario. […] The continuation of current policies would lead to a global mean temperature rise of between 3.4°C and 3.7°C by 2100 relative to pre-industrial levels, and continuing thereafter.” That is an end-of-the-world climate scenario.

Raising ambition towards an undefined net zero is no better than nothing. The science and the IPCC (2018, 1.5°C Special Report) require net zero carbon emissions to include the end of fossil fuel energy by 2050. The COPs put no pressure on governments to increase ambition. Though the UNFCCC Secretariat published (but did not publicize) a stock-take (a projection of global emissions from national targets) in 2019 from its public record of all developed country emissions, this was not included in COP25 and there was no attention given to the lack of mitigation from planet-destroying slacker nations. A formal stock-take will not be tabled until 2030.

In any case, the COPs are set up to fail by the ad hoc determination at the beginning of each COP of the definition of the 1992 climate convention’s “consensus” for making major decisions. It is always set at unanimity (2015 Paris Agreement) or virtual unanimity, giving the denying and big oil producer governments an effective veto, which they have used consistently to sabotage any possible decision that might send a signal to the market that the era of fossil fuels is over.

We already knew the outcome of the 2020 COP26. Diplomatic hand wringing and political posturing of concern at another delaying non-agreement. Now, instead of COP26, we can have a global virtual conference of the climate change mitigation “genuinely willing” — countries, regions, cities, UN departments, UN rapporteurs, intergovernmental organizations, energy corporations, clean energy investors, influential leaders, NGOs, climate and ocean scientists, Indigenous Mother Earth-respecting traditional leaders, and the most important stakeholder of all, the world’s youth.

That would at least allow constructive use of time and effort, without more aircraft-borne pollution of tens of thousands flying to a pointless COP26 in Glasgow. It might even put pressure on those with no ambition except more deadly fossil fuel pollution.

Though there is no intention from world powers to decline global emissions this year, thanks to the Covid-19 virus, emissions will decline without any COP, so there really is no need for a 2020 COP26. A conference of the willing can establish a broad, ongoing global agreement on how to keep emissions declining, irrespective of the set-up-to-fail COPs and the malignant fossil fuel extractors and investment bank financiers who, behind the scenes, control the COP agenda.

We need a global pandemic of climate emergency determined action.