GIANT ICEBERG POISED TO BREAK OFF FROM ANTARCTIC SHELF... 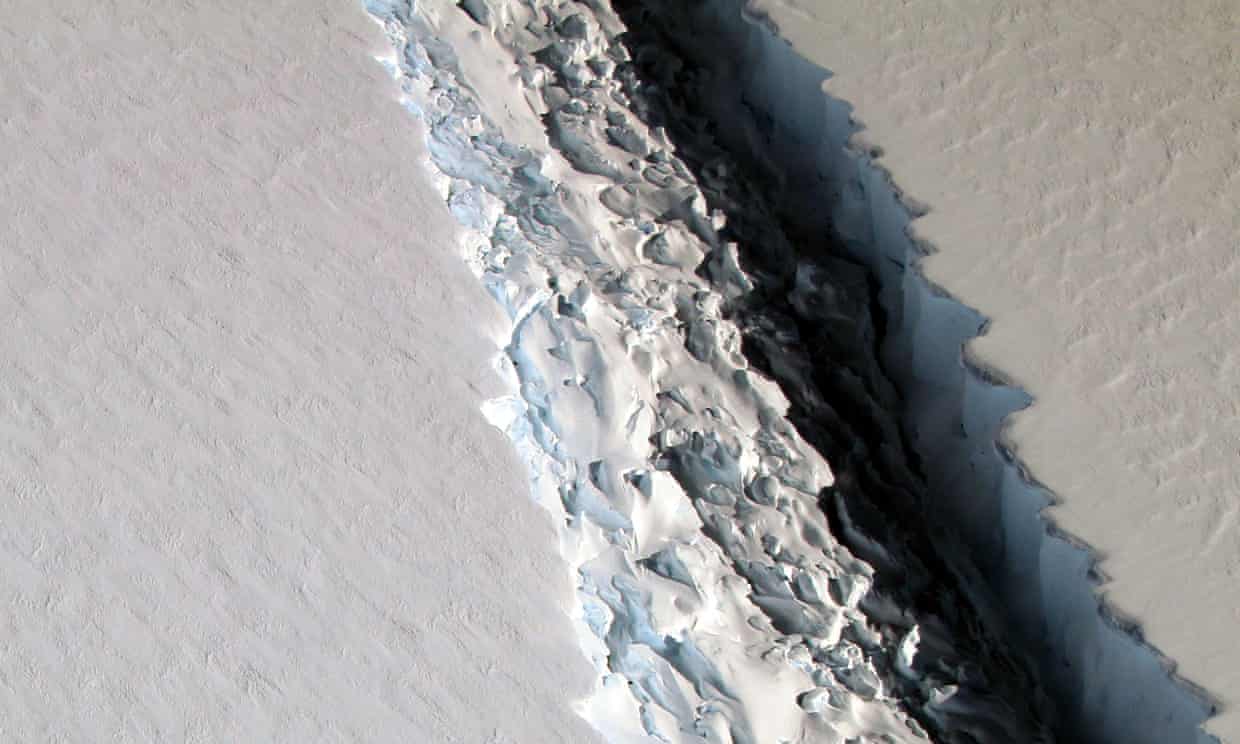 Am image of the crack in the Larsen C ice shelf, taken in November. Photograph: IceBridge/Nasa

Predicted to be one of the largest break-offs ever recorded, separation of iceberg could trigger breakup of most northern major ice shelf, Larsen C...

A giant iceberg, with an area equivalent to Trinidad and Tobago, is poised to break off from the Antarctic shelf... 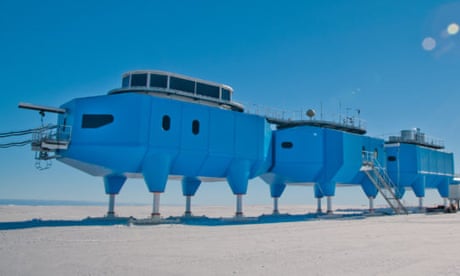 British Antarctic research station to be moved due to deep crack in the ice...

A thread of just 20km of ice is now preventing the 5,000 sq km mass from floating away, following the sudden expansion last month of a rift that has been steadily growing for more than a decade.

The iceberg, which is positioned on the most northern major ice shelf in Antarctica, known as Larsen C, is predicted to be one of the largest 10 break-offs ever recorded.

Professor Adrian Luckman, a scientist at Swansea University and leader of the UK’s Midas project, said in a statement: “After a few months of steady, incremental advance since the last event, the rift grew suddenly by a further 18km during the second half of December 2016. Only a final 20km of ice now connects an iceberg one quarter the size of Wales to its parent ice shelf.” 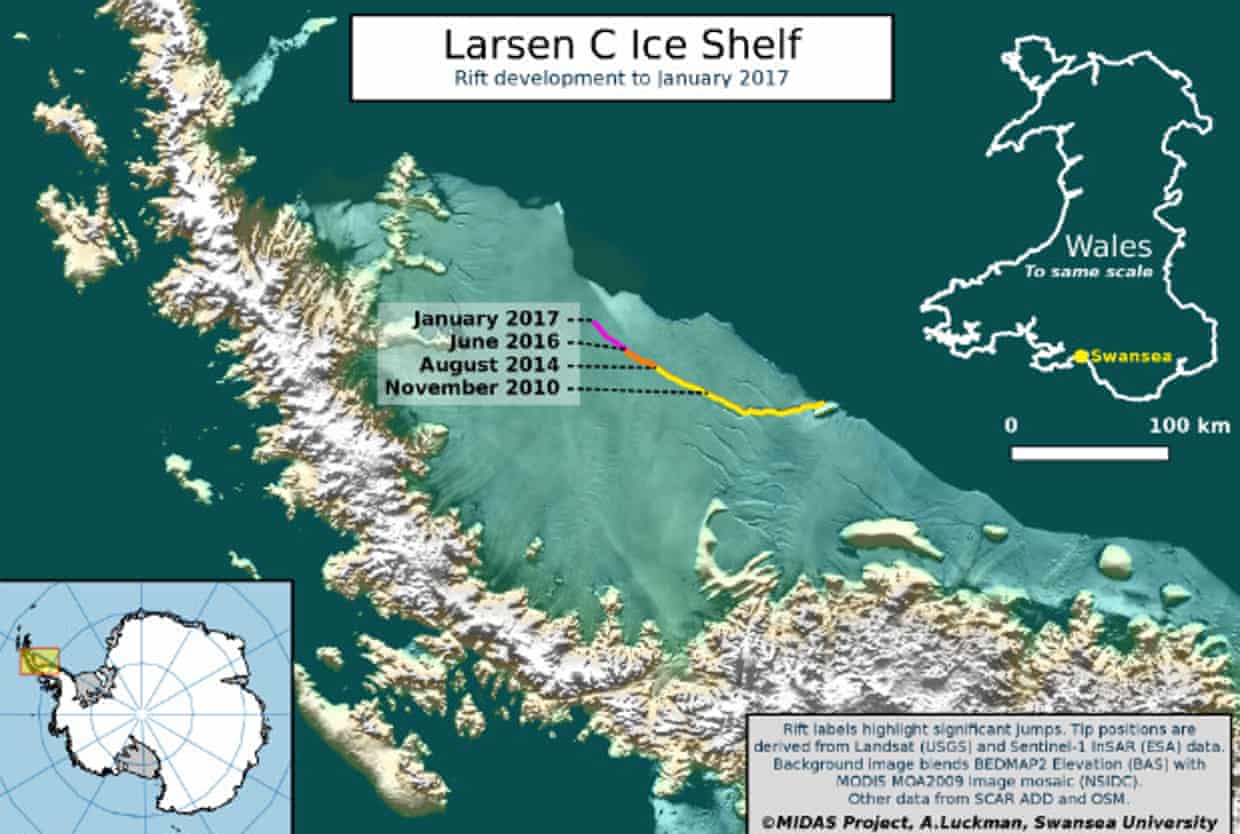 The separation could trigger a wider break-up of the Larsen C ice shelf. Photograph: Midas Project, A Luckman, Swansea University

The separation of the iceberg “will fundamentally change the landscape of the Antarctic Peninsula” and could trigger a wider break-up of the Larsen C ice shelf, he added.

“If it doesn’t go in the next few months, I’ll be amazed,” Luckman told BBC News.

Ice shelves are vast expanses of ice floating on the sea, several hundred metres thick, at the edge of glaciers.

Scientists fear the loss of ice shelves will destabilise the frozen continent’s inland glaciers. And while the splitting off of the iceberg would not contribute to rising sea levels, the loss of glacial ice would.

Martin O’Leary, also of Swansea University, said: “It just makes the whole shelf less stable. If it were to collapse there would be nothing holding the glaciers up and they would start to flow quite quickly indeed.”

O’Leary added that while calving is a natural process that happens every decade or so and is not driven by climate change, the disintegration of a major shelf could accelerate the melting of glacial ice linked to warming oceans.

Several ice shelves have cracked up around northern parts of Antarctica in recent years, including the Larsen B that disintegrated in 2002.

“We have previously shown that the new configuration will be less stable than it was prior to the rift, and that Larsen C may eventually follow the example of its neighbour Larsen B, which disintegrated in 2002 following a similar rift-induced calving event,” the Midas project website said.

The scientists predict that when the vast chunk of ice eventually breaks away it will drift gently out to sea, with smaller pieces splintering off. “It would be a very dramatic event if you were standing next to it, but probably not in the grand scheme of things,” said O’Leary.