An “Ambition Alliance” — that’s what 120 nations announced at the December 2019 UN COP25, repeating their intention to “upscale” their emissions action by 2020. It hasn’t happened. 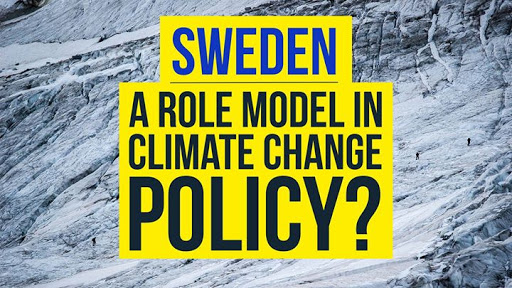 Climate Home News (April 9) reports that Chile joins only 6 other countries to have sent new national emissions pledges to the UN: Marshall Islands, Suriname, Norway, Moldova, Japan and Singapore. The last two merely restated existing targets. Under the Paris Agreement, all nations are due to update their contributions “by 2020.” The UN Climate Secretariat still records that only 3 Parties have submitted a detailed plan of their second supposed-to-be-improved NDCs (“nationally determined [emissions] contributions”), which is supposed to mean national emissions reductions to contribute to a rapid decline in global emissions from this year.

Sweden has been a leader in climate change policy with the most ambitious national emissions targets, both short-term and long-term. Sweden aims to become one of the first fossil-fuel-free countries in the world. Sweden’s renewable energy consumption has been increasing rapidly since 2000. The average American releases almost four times more carbon dioxide (CO2) per year into the atmosphere than the average Swede. In published emissions targets, Sweden doesn’t show up because it is included in the European Union data, so it's worth taking a specific look at it.

In 2017, Sweden adopted a new climate policy framework. The framework consists of a legislated climate act, climate targets and a climate policy council. Sweden's long-term target is to have net-zero greenhouse gas emissions by 2045 at the latest, with a progressive timetable. The plan called for a 40 per cent drop in emissions by 2020 compared to 1990, 63 per cent lower by 2030, and 70% lower by 2040.

Sweden introduced a carbon tax in 1991, which today at $120 USD per tonne is by far the highest in the world. And yet, over this period of time to 2019, Sweden’s GDP has tripled (Eurostat). Clearly the rest of the world needs to follow Sweden’s lead, which proves that dealing with climate change is good economics.

However, even Sweden’s performance is way off track to prevent global climate catastrophe. Formed in 2018, Sweden’s Climate Policy Council reported in 2019 that “since 1990, Sweden’s greenhouse gas emissions have decreased by 26%. This reduction mainly took place between 2003 and 2014. Thereafter the rate of reduction slowed, and 2017 was the third consecutive year in which emissions decreased by less than 1%. This rate is far too slow to achieve the climate targets. The rate of reduction would need to accelerate to between 5% and 8% each year to meet Sweden’s future targets.”

One most important government recommendation from the Council’s report is that Sweden clarify that net-zero emissions imply zero emissions in most sectors. The IPCC says that CO2 emissions must be near zero, and that means zero fossil fuels. It also rules out the long time fossil fuel boondoggle of carbon capture and sequestration, for delaying the end of fossil fuels. (The Climate Policy Council in Sweden is an independent scientific council with the task to assess if the overall policy of the government is compatible with the climate goals. It has seven professors in climate-related academic disciplines.)

So Sweden may be best, but best is not good enough to prevent global climate catastrophe. Phase-out 2020: Monitoring Europe’s Fossil Fuel Subsidies provides the information that follows:

Some of the subsidies identified are exemptions from the Swedish carbon tax, which Sweden has been lowering. The Swedish government provides numerous tax breaks for the consumption of fossil fuels, including for transport and industry. Support to the transport sector was worth €1.1 billion per year between 2014 and 2016 (currently $1.2 billion USD).

Another major flaw. The Swedish Export Credit Corporation has continued international financing for natural gas in the past few years, including in the Russian Arctic and the Caspian Sea, claiming that increasing natural gas production is an important component of transitioning towards a low-carbon economy so that “users can switch to cleaner fuel, with a positive effect on the local environment.” This is a deadly climate change deception by which many countries are continuing to extract fossil fuels and prevent the switch to the zero-carbon non-combustion world, which is our only future.

Natural gas is a fossil fuel, so when it is burned for energy it emits CO2. It emits less CO2 than coal, but nevertheless that CO2 will last hundreds of years in the atmosphere and contribute to the current unprecedented acceleration of the atmospheric CO2 level. Worse, natural gas is mainly methane, which is 80 times more powerful as a greenhouse gas than CO2. Inevitably, methane gas leaks out from the extraction and pipeline distribution complexes, called fugitive emissions. When the CO2 and methane from the natural gas industry are added up, it is as bad as coal — the highest fossil fuel emitter when burned for energy.

For a life worth living for all our children, we have to end the fossil fuel energy era — fast.

While Sweden has to speed up its emissions rate of decline, all countries need to catch up with Sweden’s example, and all countries have to terminate all fossil fuel subsidies immediately and quit the natural gas climate nonsense.