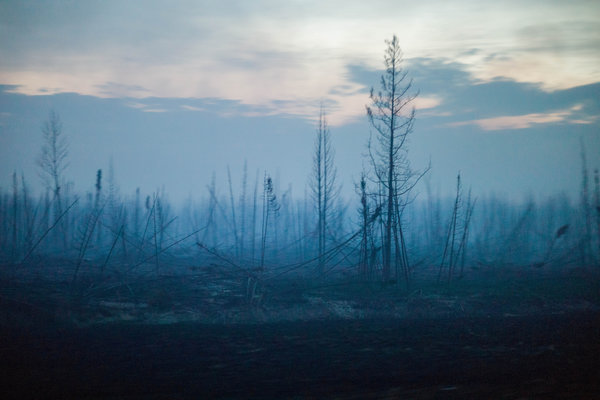 Charred trees near Fort McMurray, in Alberta, Canada. Climate change is a prime suspect in a rise of wildfires in the boreal forest. Credit Ian Willms for The New York Times

Scientists say the near-destruction of Fort McMurray
last week by a wildfire is the latest indication that
the vital boreal forest is at risk from climate change...

Scientists have been warning for decades that climate change is a threat to the immense tracts of forest that ring the Northern Hemisphere, with rising temperatures, drying trees and earlier melting of snow contributing to a growing number of wildfires.

The near-destruction of a Canadian city last week by a fire that sent almost 90,000 people fleeing for their lives is grim proof that the threat to these vast stands of spruce and other resinous trees, collectively known as the boreal forest, is real. And scientists say a large-scale loss of the forest could have profound consequences for efforts to limit the damage from climate change.

In retrospect, it is clear that Fort McMurray, in northern Alberta, was particularly vulnerable as one of the largest human outposts in the boreal forest. But the destruction of patches of this forest by fire, as well as invasions by insects surviving warmer winters, has occurred throughout the hemisphere.

In Russia, about 70 million acres burned in 2012, new statistics suggest, much of that in isolated areas of Siberia. Alaska, home to most of the boreal forest in the United States, had its second-largest fire season on record in 2015, with 768 fires burning more than five million acres.

Global warming is suspected as a prime culprit in the rise of these fires. The warming is hitting northern regions especially hard: Temperatures are climbing faster there than for the Earth as a whole, snow cover is melting prematurely, and forests are drying 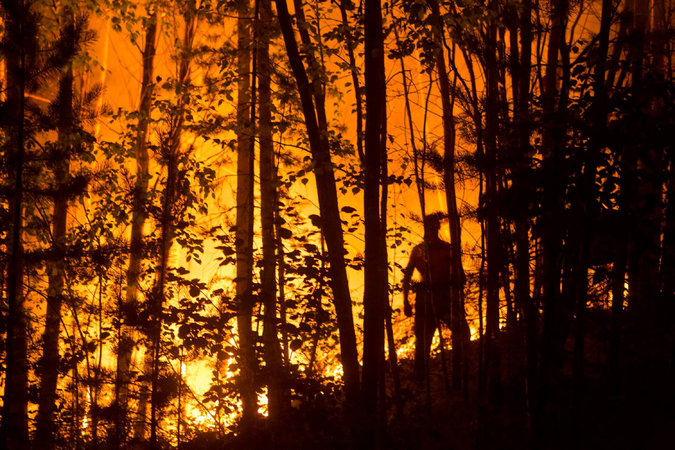 A wildfire at Lake Baikal in Siberia in 2015. In Russia, extensive mining and drilling for fossil fuels are damaging the forest. Credit Anna Baskakova/The Siberian Times

“It’s clear that the warming temperatures and extraordinary drought are major players here,” said Thomas W. Swetnam, an emeritus scientist at the University of Arizona who studies the ecology and history of wildfires. “We probably wouldn’t be seeing the scale of some of these fires if it weren’t for those factors.”

The weather pattern known as El Niño has been pumping a huge amount of heat from the ocean and into the atmosphere for more than a year, and scientists say that could also have played a role in setting the conditions for this year’s fires. Temperatures in parts of Alberta were as much as 30 degrees Fahrenheit above normal in the weeks before the fires began, desiccating the landscape.

Yet the same scientists say the overall increase in fire in northern regions would not be happening without global warming. The rising danger was predicted decades ago, as one of the likely consequences of human emissions.

One of the scientists who published such a forecast in the 1990s, Brian J. Stocks, who retired from the Canadian Forest Service and is now a consultant, said this week that the worst was yet to come.

“We’re kind of at a crossroads,” he said in an interview. “We anticipate more fires, and more intense fires, in the future.”

The boreal region stretches across the Northern Hemisphere through Alaska, Canada, Scandinavia and Russia. Boreal forests are increasingly affected by fire and climate change. 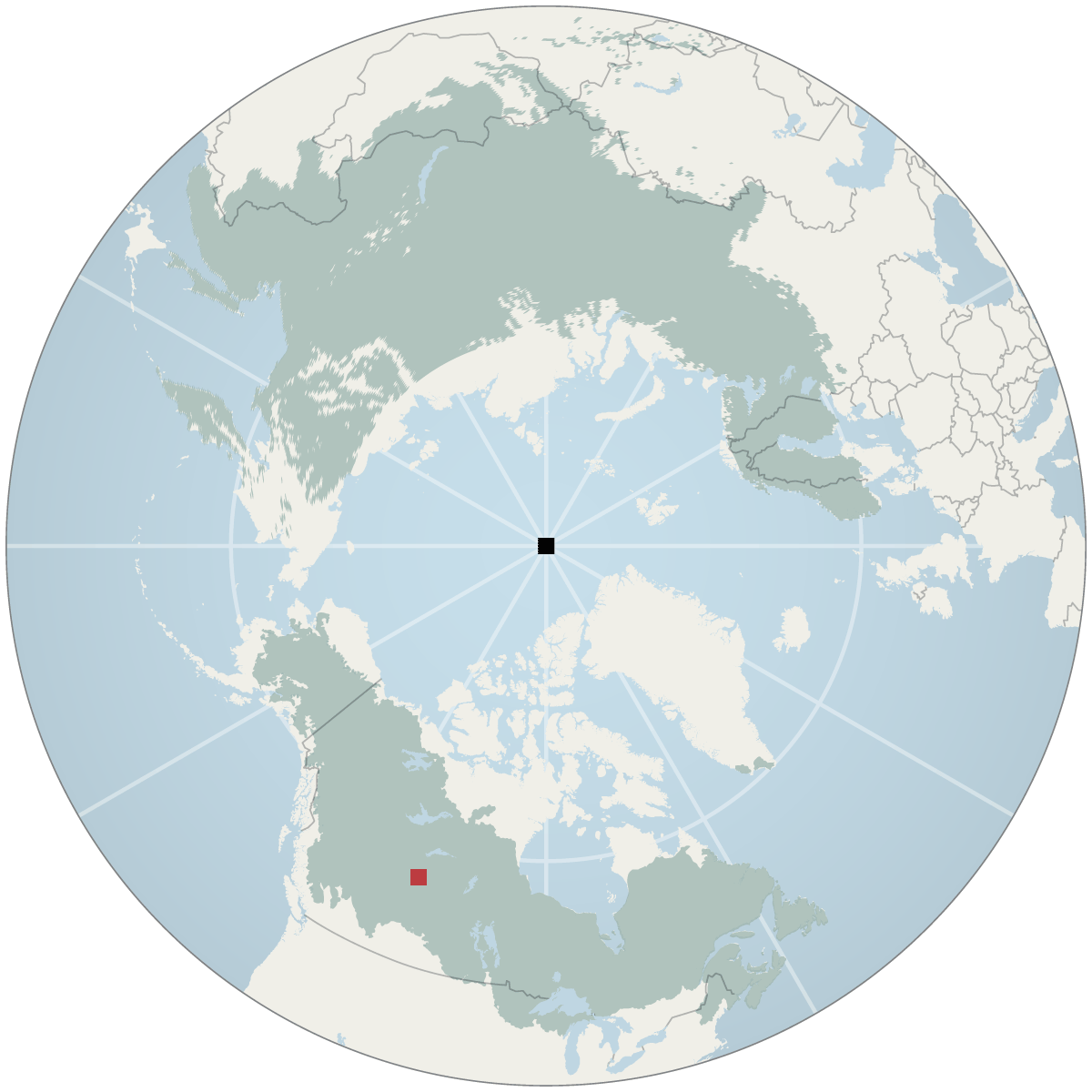 The situation, he and other experts said, demands new thinking by governments about how to manage forests and protect nearby human settlements. Fort McMurray, for instance, has just a single road for people to leave the city. But the dangers go far beyond the risk to the communities on the front lines, and they are global in scope.

The forests of the world are helping to offset rising human emissions of greenhouse gases, absorbing a significant portion of the carbon dioxide that the burning of fossil fuels throws into the air. So far, even as fires and other disturbances increase, the forests are growing more than enough to compensate.

But scientists see a risk that if the destruction from fires and insects keeps rising, the situation will reverse, and some of the carbon that has been locked away in the forests will return to the atmosphere as carbon dioxide, accelerating the pace of global warming and further magnifying the stress on the forests — a dangerous feedback loop.

In addition, winds are sometimes carrying soot from the northern fires onto the immense sheet of ice covering Greenland, darkening the surface and causing it to absorb more of the sun’s heat. In 2012, such soot contributed to melting the surface of virtually the entire Greenland ice sheet, the first time that had happened since 1889.

Experts fear that more fires, and more soot, could further accelerate the melting of the ice sheet, which has the potential — should it disintegrate entirely — to raise the global sea level by more than 20 feet. 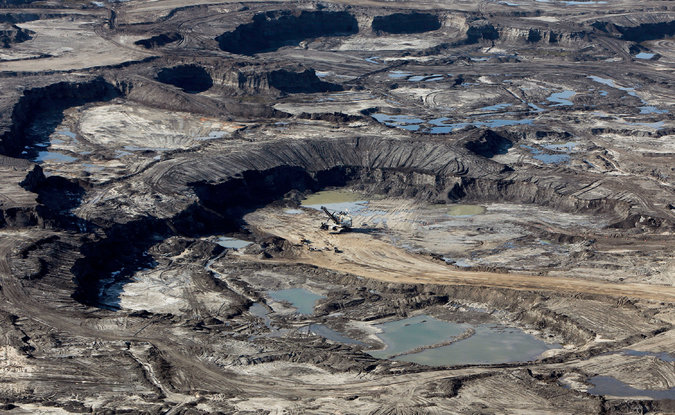 A mine at the Athabasca tar sands near Fort McMurray. The town sprang up in recent decades as the commercial center for a huge industry that is extracting some of the world’s dirtiest oil. Credit Ben Nelms/Bloomberg

Scientists have been trying for years to call attention to the boreal forest. (“Boreal” essentially means “northern.”) The forest gets less public attention than tropical forests, but it represents close to a third of the forest land on the planet. It is ecologically unique, and vital to human welfare for its ability to limit the risks of global warming by soaking up some of humanity’s greenhouse emissions.

The boreal forest consists mainly of cone-bearing trees like pines, spruces and larches, adapted to survive the long, cold winters of the northern region. The forest encircles the Northern Hemisphere in a band near and just below the Arctic Circle, through Alaska, Canada, Scandinavia and Russia.

Across the hemisphere, the danger to the forest from global warming is being compounded by increased industrial activities like logging. Fort McMurray sprang up in recent decades as the commercial center for a huge industry that is extracting some of the world’s dirtiest oil from a region known as the Athabasca tar sands.

In Russia, extensive mining and drilling for fossil fuels are damaging the forest. More people means more activity that can spark forest fires, according to Sergei A. Bartalav, the director of a laboratory that helps monitor fires in Russia. But he added that the government had been slow to put in the necessary personnel and equipment to control the fires.

“Now we have an imbalance,” he said. “The influence comes, we have the new wells drilled, but the firefighting doesn’t follow.”

A fire in the boreal forest of Alaska last week. The state had its second-largest fire season on record in 2015, with 768 fires burning more than five million acres. Credit Bill Roth/Alaska Dispatch News

Forest fires are a natural part of the history of the boreal forest, but records from recent decades suggest they may be reaching an unnatural level of frequency and intensity.

Data from Canada and Alaska show a sharp increase in the area burned in recent decades. Scientists are still trying to reconstruct a longer fire history for the boreal region, using information like tree rings and lake deposits of soot, but limited evidence from Alaska suggests that fires in at least part of that state are at their worst in 10,000 years.

Official Russian figures do not show an increase of forest fires in recent decades. But American scientists, working with colleagues in Russia, have concluded that the official figures “grossly underestimate the burned areas,” said Susan G. Conard, a retired United States Forest Service scientist who remains active in the field and has worked extensively in Russia.

She and her colleagues have lately constructed what they consider to be a more accurate record, using satellite data. The results have not yet been published, but they were presented at a scientific meeting in Vienna last year.

They roughly track the Canadian and Alaskan figures in showing a sharp increase in the area burned in Russia since about 2000, culminating in the immense fires that accompanied a devastating heat wave in 2012.

One of the explanations for the increase in fires seems to be an earlier melting of the spring snowpack across the Northern Hemisphere, another trend identified by satellites. The melt leads to a drying of the landscape early in the fire season. The resinous trees of the boreal zone become more susceptible to fire, and lightning sets off intense fires that are nearly impossible to control.

David A. Robinson, a climatologist at Rutgers University who tracks snow cover, said that the April snow pack in the Northern Hemisphere was the lowest since records began half a century ago.

By JUSTIN GILLIS and HENRY FOUNTAINMAY 10, 2016