HUMANS HAVE DESTROYED A TENTH OF EARTH'S WILDERNESS IN 25 YEARS – STUDY SAYS... 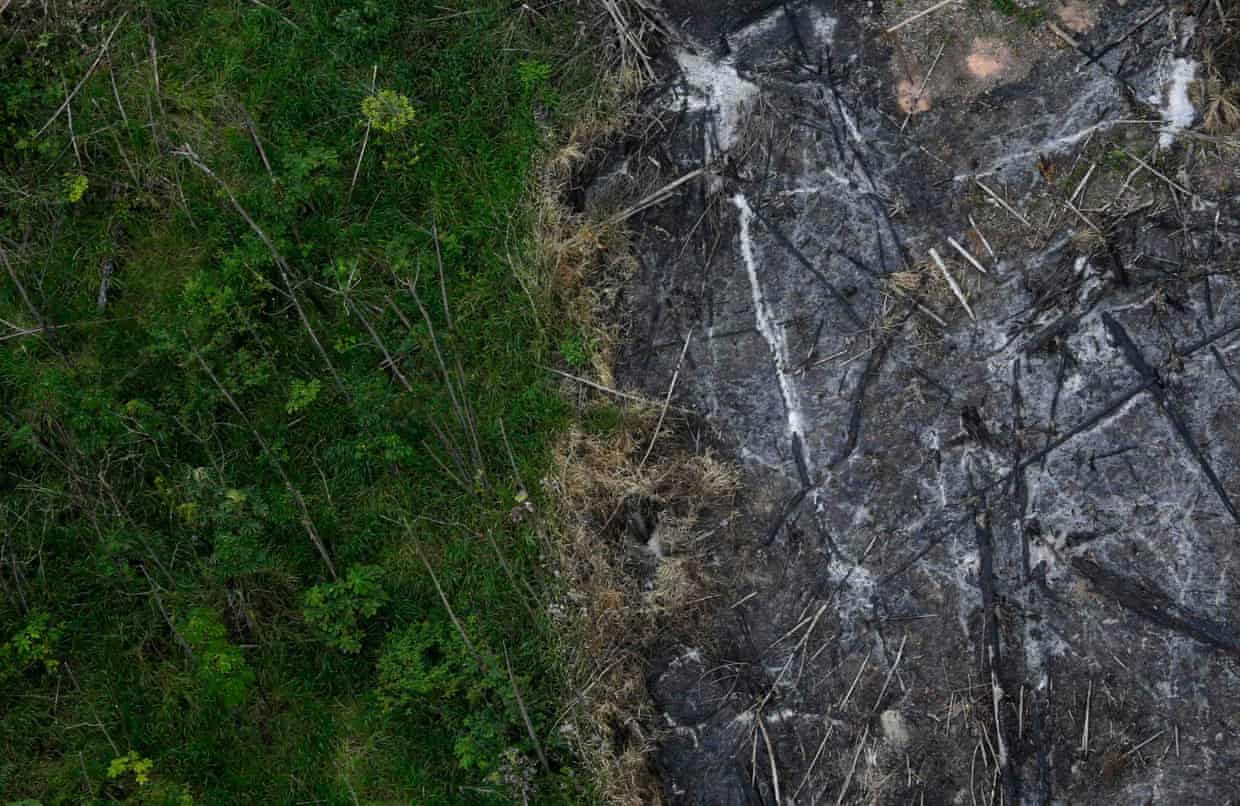 An area of the Amazon rainforest which has been slashed and burned stands next to a section of virgin forest. Photograph: Ricardo Moraes/Reuters

Experts warn there may be no unspoilt places left within a century as report shows an area twice the size of Alaska has been lost since 1993...

Humans have destroyed a tenth of Earth’s remaining wilderness in the last 25 years and there may be none left within a century if trends continue, according to an authoritative new study.

Researchers found a vast area the size of two Alaskas – 3.3m square kilometres – had been tarnished by human activities between 1993 and today, which experts said was a “shockingly bad” and “profoundly large number”.

The Amazon accounted for nearly a third of the “catastrophic” loss, showing huge tracts of pristine rainforest are still being disrupted despite the Brazilian government slowing deforestation rates in recent years. A further 14% disappeared in central Africa, home to thousands of species including forest elephants and chimpanzees.

The loss of the world’s last untouched refuges would not just be disastrous for endangered species but for climate change efforts, the authors said, because some of the forests store enormous amounts of carbon.

“Without any policies to protect these areas, they are falling victim to widespread development. We probably have one to two decades to turn this around,” said lead author Dr James Watson, of the University of Queensland and Wildlife Conservation Society.

The analysis defined wilderness as places that are “ecologically largely intact” and “mostly free of human disturbance”, though some have indigenous people living within them. The team counted areas as no longer wilderness if they scored on eight measures of humanity’s footprint, including roads, lights at night and agriculture.

The largest chunk of wilderness in the Amazon basin shrank from 1.8m sq km to 1.3m sq km, while the Ucayali moist forests in the west of the Amazon, home to more than 600 bird species and primates including emperor tamarins, was badly affected. The trajectory of loss in the world’s biggest rainforest was “particularly concerning”, the authors warned, given it happened despite deforestation rates slowing.

In Africa, none of the lowland forest in the western Congo basin is now considered globally significant wilderness, the study found. WWF believes the area is possibly home to more gorillas and chimpanzees than other area in the world.

The study said that wilderness was being loss faster than pristine places were being designated as protected areas, at 3.3m sq km versus 2.5m sq km.

The study said the reason was that such areas are “assumed to be relatively free from threatening processes and therefore are not a priority for conservation efforts”.

The ramifications of remaining wilderness being corrupted were wide-ranging and irreversible for both people and wildlife, Watson said.

“There are four reasons why we need to protect these places. One is biodiversity, the second is carbon, the third is the poorest of the poor are living in them, and the fourth is this is a reference point for nature, of pre-human environments,” he told the Guardian.

Related: 10 Percent of the World’s Wilderness Has Disappeared in Just 20 Years...

The Earth’s remaining wilderness areas are strongholds for many of the land-based mammals on the red list of endangered species, which was updated this week to reveal that four of the world’s six great apes are now critically endangered.

Losing forests in these areas could also affect leaders’ efforts to rein in greenhouse gas emissions to tackle climate change, the study said, because of the amount of carbon stored in trees and peat.

Rewilding plans by conservationists, similar to efforts to reintroduce wolves, lynx and other species to the UK, could also be harmed by the loss of wilderness, because the world risked losing a true picture of what certain ecosystems looked like.

“Without concerted preservation of existing wilderness areas, there will be a diminished capacity for large-scale ecological restoration,” the authors wrote. 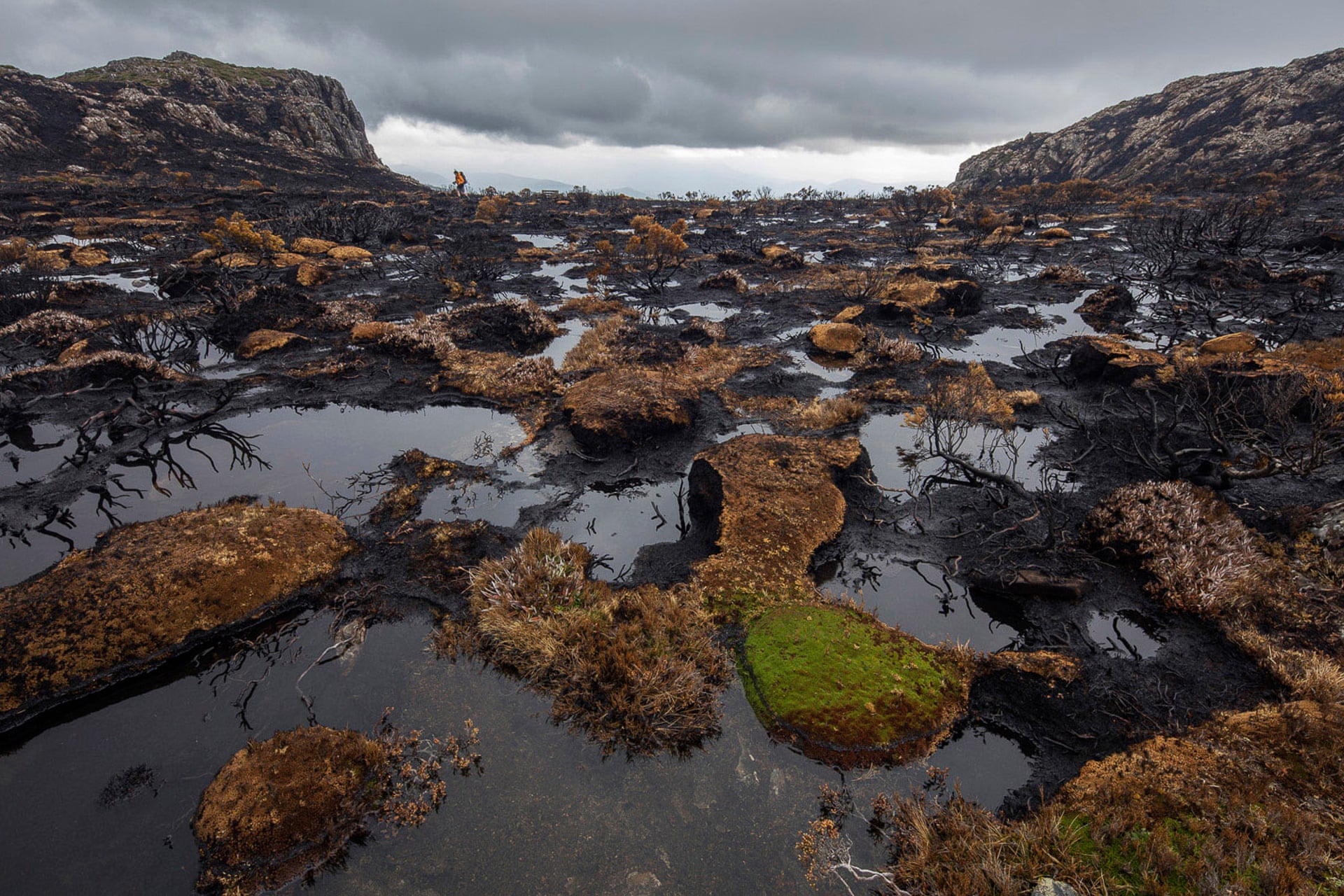 The study, published in the journal Current Biology on Thursday, predicted that if current trends continue there could be no globally significantly wild areas left in “less than a century”.

However, the mapping exercise found that there is still 30m sq km of wilderness globally, 23% of the world’s land area. Strongholds include the boreal forests of northern Canada, Australia’s deserts and western woodlands, some lowland forests in Asia and parts of central Africa.

“They are the jewels in the crown. We have obligation to protect them in same way as we do species,” said Watson.

Stopping or slowing the loss of wilderness will require governments to put in place national strategies that recognise their value, the authors said. One Brazilian programme that supported the creation of protected areas to save carbon and help indigenous people was singled out as the type of project that could help address the decline.

But the authors admitted that: “[such] positive examples are too few, and we argue that immediate action to protect the world’s remaining wilderness areas on a large scale is now necessary, including in global policy platforms.”

Carlos Rittl, executive secretary of the Brazilian Climate Observatory, said: “This paper is a powerful reminder of the key role forests play on climate targets, and should be taken at heart by policymakers. Despite the recent drop in deforestation rates, Brazil is still the tropical country that most loses forests every year.

“Our Paris pledge on deforestation is shamefully weak - we are comformed with ending only illegal deforestation only by 2030 and only in Amazonia - and we don’t even have a plan for achieving that little. Brazil will ratify the Paris agreement next Monday. If the government is serious about meeting the deal’s long-term goal, it should be talking about zero deforestation.”

Mike Barrett, WWF-UK’s director of science and policy, said: “This vast scale of loss in global wilderness is having grave impacts. As we seemingly enter the Anthropocene era, this report further signifies humanity’s immense impact and the effects that is having for wildlife and people alike.”

He pointed to the recent red list update which showed the situation of giant pandas improving, but said: “While flagship species and habitats have an important role in tackling the biodiversity crisis, this alone won’t solve the problem. We need significant changes in how we value our planet as at present we’re taking relentlessly from our oceans, rivers, forests and wilderness.”

The study comes as the world’s top conservationists conclude their meeting in Hawaii this week on dozens of motions for protecting wildlife, including restrictions on the trade in the pangolin, the world’s most trafficked animal, and calls on governments to keep harmful activity such as oil drilling out of protected areas.

Later this month governments are due to attend a major meeting in Johannesburg to discuss the legal trade in endangered species, including the fate of the current international ban on the trade in ivory.