Hundreds of thousands were still without power Sunday after deadly Winter Storm Riley battered parts of the Mid-Atlantic, Northeast and New England.

The storm has been blamed for at least nine deaths. Two of the victims – a 6-year-old boy in Chester, Virginia, and an 11-year-old boy in Putnam Valley, New York – were children.

The governors of Massachusetts, Maryland and Virginia declared states of emergency due to the conditions. National Guard members were activated in Massachusetts and Pennsylvania to assist in the aftermath.

As of Sunday, nearly 200,000 are still without electricity, the Associated Press reports. At the height of the storm, more than 1.9 million lost power.

New York electric utility Central Hudson described Riley as one of the strongest storms to hit its customers in 50 years, the Associated Press reports. It hopes to have most of the power restored to the thousands remaining in the dark by Wednesday.

Emergency officials in Danbury, Massachusetts, announced it may be days if not a week before power is fully restored. 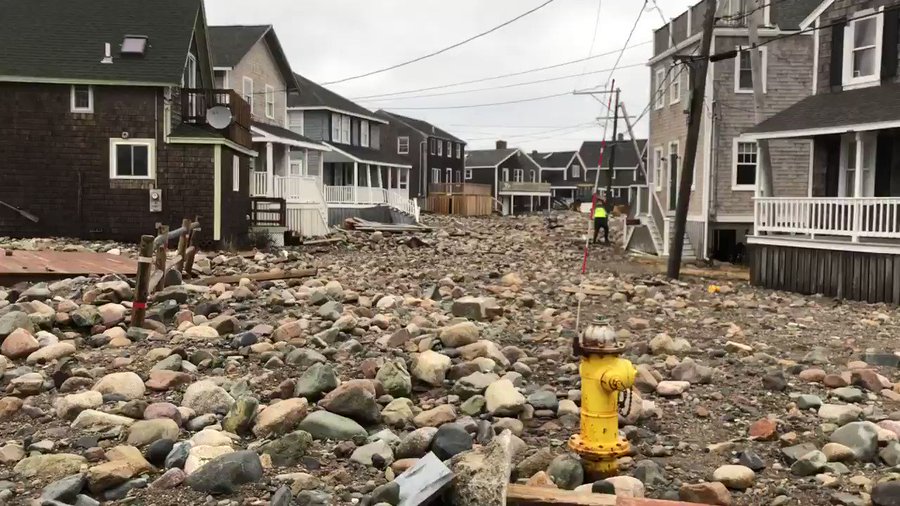 Incredible washover on Rebecca road in Scituate, MA. Still have another high tide to go through at noon. Winds still gusting over 45mph.

Since Friday morning, nearly 4,000 domestic flights have been canceled, mostly in the Northeast, according to the flight-tracking website FlightAware. More than 500 of those cancellations occurred on Saturday as impacts from the storm persisted.

Amtrak temporarily suspended all service along its Northeast Corridor between New York City and Boston, and wind damage shut down one of the tracks along the Washington-Maryland corridor, AP reported. In eastern Virginia, the Chesapeake Bay Bridge-Tunnel was closed Friday morning and part of the afternoon.

Along the New England coast, officials performed water rescues and responded to reports of wind damage as Riley intensified. In Quincy, Massachusetts, floodwaters were so severe that officials had to use front-loaders to rescue residents.

"I'm fortunate to get rescued," resident Christine Way-Cotter told CBS Boston. "Our house is lifted, so like nothing came into our first floor, but our whole basement is probably six feet under water." 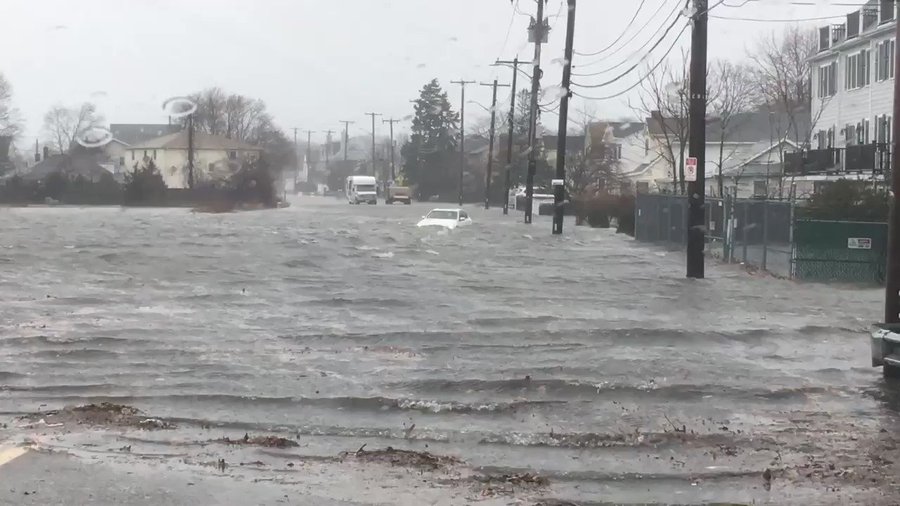 Ladies and gentlemen.. PLEASE... This not only endangers your life, but the lives of first responders #TurnAroundDontDrown 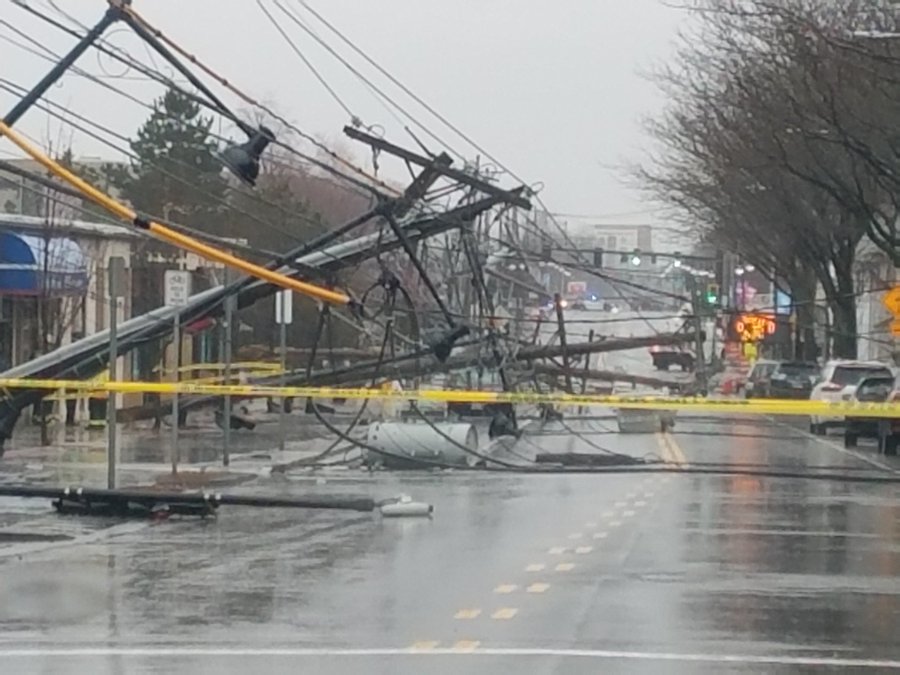 Members of the National Guard, activated by Gov. Charlie Baker ahead of the storm's arrival, assisted in the rescues. In Quincy, where some 100 people were rescued from high water during the storm, residents said it among the worst flooding they'd ever seen.

"I’ve lived here for five years. I've seen lots of snowstorms, rainstorms, wind, but I have never seen anything like this before," resident Wayne Adams told WBZ. "That kind of flooding, I didn’t think it was possible." 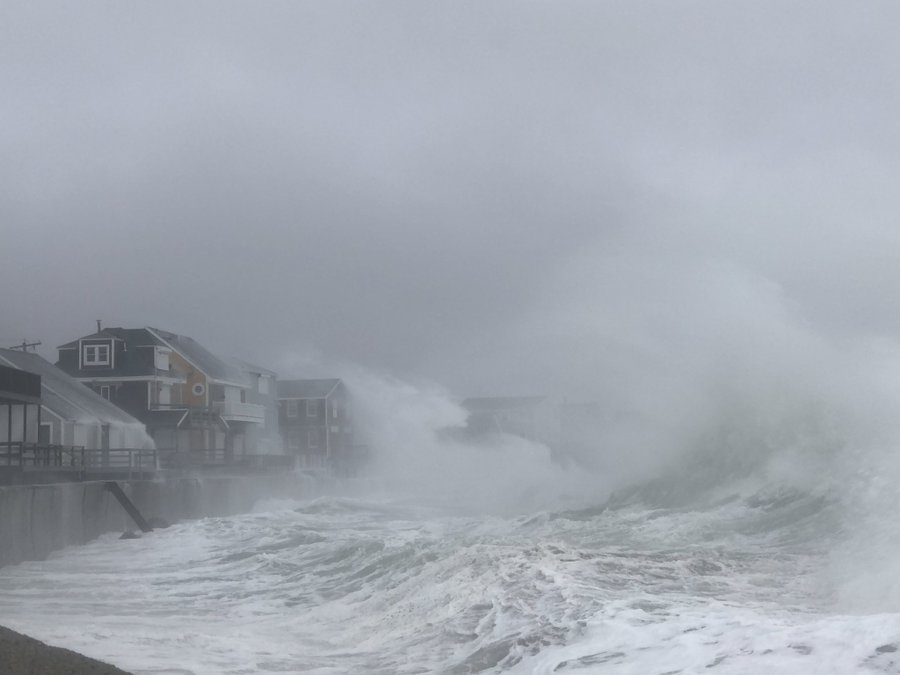 Those living in coastal areas were urged to evacuate by Friday morning because of the flooding that occurred. Scituate and Duxbury residents who evacuated were told to not return to their homes until at least Saturday afternoon, the Boston Globe reported.

"The biggest message here is not to go back to your homes," Scituate Fire Chief John Murphy told the Globe.

Flooding extended north to the coasts of New Hampshire and Maine on Friday afternoon, flooding streets and some structures. Some schools were closed in southern Vermont Friday as officials tried to keep children home and out of the storm's damaging winds. 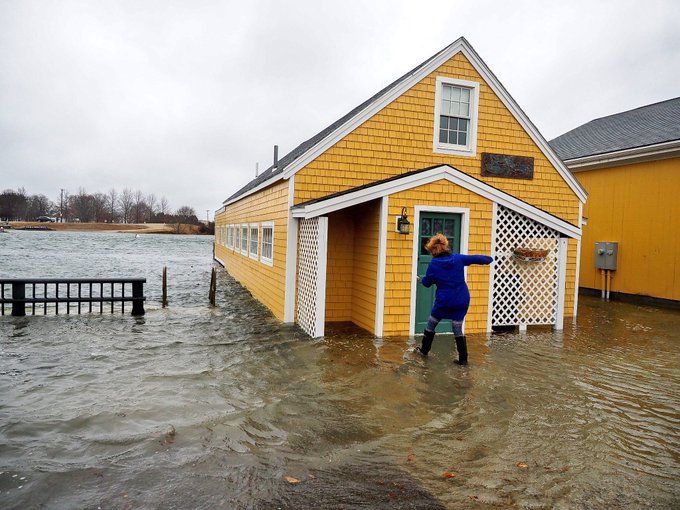 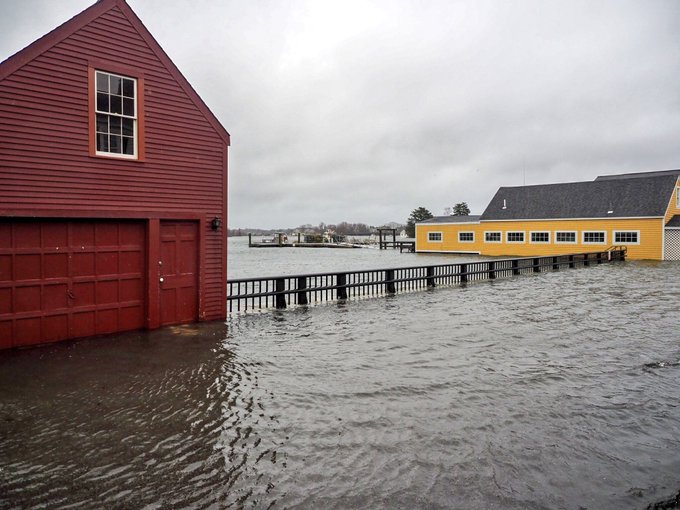 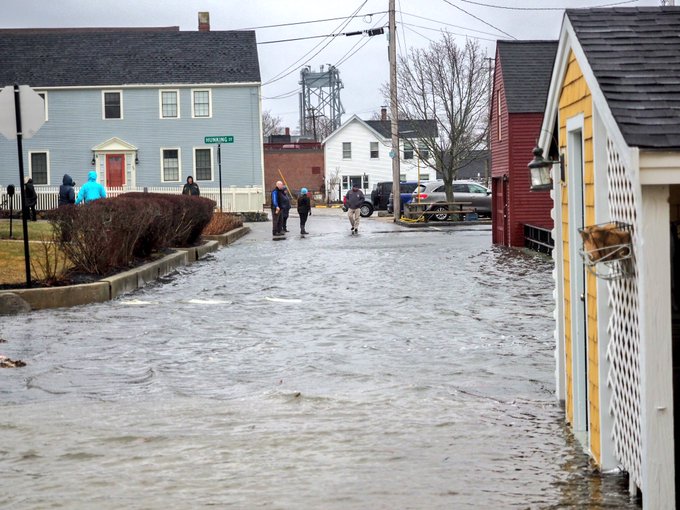 At Yale University in New Haven, Connecticut, an unoccupied building partially collapsed early Saturday morning after it was battered by strong winds all day Friday and overnight, WTNH.com reported. No injuries were reported, and the building will be demolished, the report added.

'Pretty Much Everyone ... Threw Up'

United Airlines Flight 3833 had a violent descent into Dulles Airport just after 7 a.m. Friday morning, and the turbulence made virtually every passenger sick.

"Very bumpy on descent. Pretty much everyone on the plane threw up," said a pilot in a report filed with the National Weather Service's aviation center.

The plane, a CRJ-200 that can hold about 50 passengers, took off from Charlottesville, Virginia, less than an hour before the landing, according to NBC Washington.

The pilots were reportedly close to also vomiting due to the extreme nature of the turbulence, the report also added. Despite the frightening landing, no injuries were reported, NBC Washington also said.

Trees and power lines were downed all across the mid-Atlantic, including the Washington D.C. area. Trees collapsed into roadways and onto homes, and some injuries were reported. 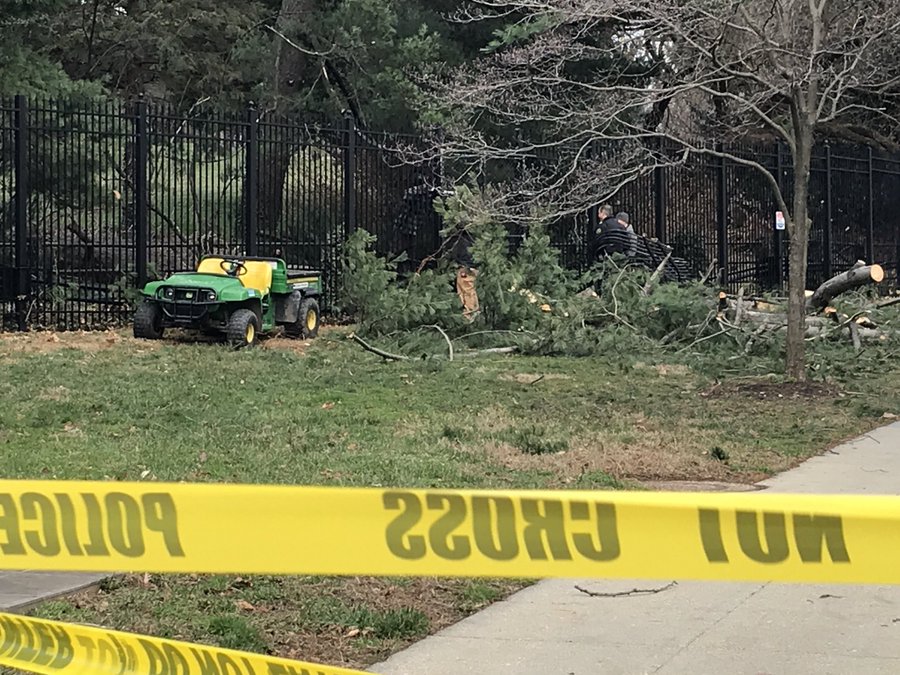 Secret Service installing temporary fencing around the Vice Presidents residence after a tree fell and knocked down part of the protective fence.

A 100-year-old woman was rescued from her Kensington, Maryland, house after a tree fell through the roof and trapped her overnight Thursday, NBC Washington reported. She was pulled from the debris and hospitalized with non-life-threatening injuries, the report added.

In Suitland, Maryland, located southeast of Washington D.C., a wall collapsed at the Andrews Ridge apartment complex on Friday, the Washington Post said. More than 300 residents were evacuated after strong winds peeled the roofs off several buildings near the complex, and a medic was injured while sitting in an ambulance struck by flying debris, the report added.

Federal offices were closed Friday because of the storm, and residents were urged to stay home.

As conditions worsened on Friday, Gov. Andrew Cuomo issued a travel advisory for areas north of New York City. The advisory limited travel for certain types of vehicles in some areas and Cuomo asked residents to stay off the roads if possible.

After three tractor-trailers overturned on the Mario Cuomo Bridge, formerly known as the Tappan Zee Bridge, officials banned all buses and trucks from traveling across the span until further notice, the AP reported.

"I have not seen the wind at that strength on any bridge that I've traveled in my time," driver Bill Morris told CBS News. "It was pretty intense."

Strong winds set adrift several barges carrying construction materials for the bridge, the Journal News reported. Two of the barges ran ashore near Alpine, New Jersey, and another fully sank near the Yonkers wastewater treatment plant. The others were retrieved from the Hudson River.

LaGuardia Airport saw roughly 600 cancellations, according to the terminal's Twitter. A video posted on the social media site showed winds tearing what appears to be roofing or a covering off an American Airlines hangar at the terminal.

A spokeswoman for the airline told the AP there were no injuries or planes damaged, and the hangar is still structurally sound.

Officials at Newark Liberty International Airport tweeted there have been more than 480 cancellations.

A family walks down a snowy street during a winter storm, Friday, March 2, 2018, in Marple Township, Pa. A nor'easter pounded the Atlantic Coast with hurricane-force winds and sideways rain and snow Friday, flooding streets, grounding flights, stopping trains and leaving 1.6 million customers without power from North Carolina to Maine. At least five people were killed by falling trees or branches. (AP Photo/Matt Slocum)
1 of 204 photos.
See many more photos at original story HERE

By Sean Breslin and Ada Carr