KATHARINE HAYHOE, A CLIMATE EXPLAINER WHO STAYS ABOVE THE STORM... 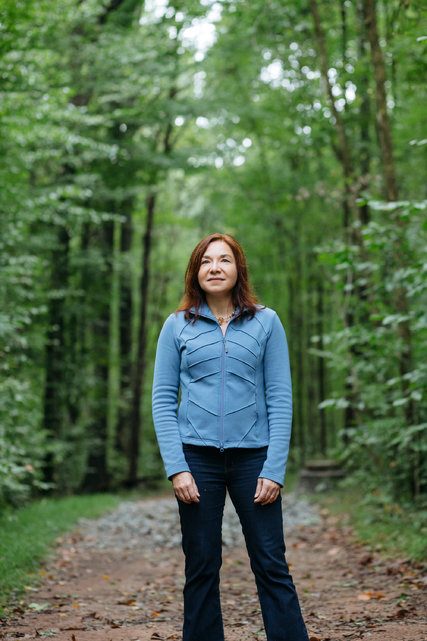 LUBBOCK, Tex. — A member of Katharine Hayhoe’s church asked her a question after services a couple of weeks ago: “Do you feel our weather is getting more extreme?”

Time was, the question might have been the start of an argument with Dr. Hayhoe, a climate scientist at Texas Tech University here. Instead, it led to a friendly discussion of the kinds of things they had both seen: Because of climate change, the always shifting weather in West Texas was showing greater extremes, including more severe drought and fiercer inundations when storms came.

When she started her work spreading the word about climate change in Texas, very few people in the Lone Star State believed it was happening, and even fewer believed that people were causing it. Since then, acceptance has grown: A 2013 poll by the Yale Program on Climate Change Communication found that seven in 10 Texans agree that climate change is real, though fewer than half said humans were the major cause.

The evidence of changing weather patterns is not just in the news, but all around them: More than half of those in the Texas survey said they had personally experienced the effects of global warming.

Dr. Hayhoe is not a climate pioneer like Al Gore or a street-marching activist like Bill McKibben or a geek icon like Bill Nye. But she has emerged as one of the nation’s most effective communicators on the threat of climate change and the need for action. 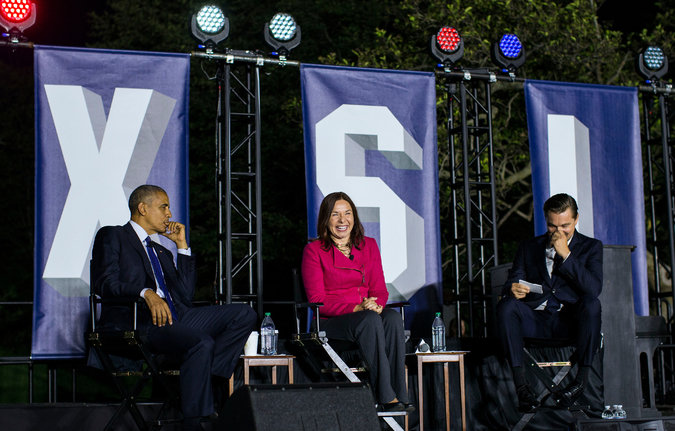 She lives and works out here in West Texas, but lately seems to be everywhere, kicking off a series of “Global Weirding” videos, posting on Twitter and Facebook, and speaking anywhere from local churches to international conferences. Last week, she appeared at the White House to discuss climate change with President Obama and the actor Leonardo DiCaprio at the first South by South Lawn ideas festival.

Dr. Hayhoe has come to prominence in part because she is just so darned nice. It would be too easy to chalk that up to her Canadian background — she says it does help explain her commitment to finding consensus — and she has found that she gets her science across more effectively if she can connect with people personally. In a nation seemingly addicted to argument as a blood sport, she conciliates. On a topic so contentious that most participants snarl, she smiles. She is an evangelical Christian, and she does not flinch from using the language of faith and stewardship to discuss the fate of the planet.

“Katharine Hayhoe is a national treasure,” said Anthony Leiserowitz, the director of the Yale Program on Climate Change Communication. He said that she combined powerful communications skills, world-class scientific credentials and an ability to relate to conservative religious communities that can be skeptical about the risks of a changing climate.

Gavin Schmidt, a NASA climate scientist, said in an email that Dr. Hayhoe’s faith is an important factor, because “people can accept unwelcome truths much more readily if they come from within, rather than from outside, their community/family/group.”

While some climate warriors treat those who are not inclined to believe them as dupes or fools, she wants to talk. “If you begin a conversation with, ‘You’re an idiot,’ that’s the end of the conversation, too,” she said over tacos at a Tex-Mex restaurant, having ordered in the fluent Spanish she picked up during her parents’ missionary service in Colombia. She is 44, but seems younger — someone who speaks with authority but can punctuate a statement about a surprising scientific fact with a wondering, almost giggly, “Isn’t that crazy?”

Now, in a presidential election race with high stakes for responding to climate change — Donald J. Trump has called global warming a hoax and would reverse deals that President Obama has spearheaded to reduce greenhouse gas emissions, while Hillary Clinton has called for continuing along Mr. Obama’s path — there is room for many approaches. Some will rally the troops; she will reach out to the quiet people in the middle, the undecided, who might listen.

She gets her share of abuse; you really don’t want to read the emails she gets, and she spends a fair amount of her time on Twitter blocking people who try to bait her with abusive language. But she still tries to present herself and the science without tumult, and with a measure of optimism.

Dr. Hayhoe did not set out to be a smiling climate crusader. In the scientific circles of her training, she encountered no one who needed to be convinced that what she was studying was valid, any more than a professor of literature would have to argue in favor of the existence of books.

But then she started to realize that many people didn’t agree. She discovered to her shock six months after her marriage to Andrew Farley, a linguistics scholar, that he was among the dubious.

She discussed that moment of realization with her students in class last month. Her husband had only understood her dissertation work to be some arcane combination of chemistry and computation; he did not believe climate change was real.

Her husband, from Virginia, was raised by staunch Republicans and had taken their point of view without exploring it deeply. The young couple talked out the issues in painstaking detail over the next year and a half, he bringing up questions from his own reading by denialists, and Dr. Hayhoe researching and answering.

Ultimately, she convinced him, with the help of a NASA website on climate change that shows rising global temperatures over time. He had to ask himself, “Is NASA, who put men on the moon, involved in a global, worldwide, multidecade hoax, or is it really real?” she said.

When they were done, they wrote a book together, “A Climate for Change: Global Warming Facts for Faith-Based Decisions.” (It was published in 2009; a new edition will come out later this year.) He is an associate professor of linguistics at Texas Tech and a pastor for their congregation, Church Without Religion.

In her approach to discussing climate change, she declines invitations to televised arguments with those who deny the overwhelming scientific evidence that climate change is real and human activity is largely the cause. She said that such shows, with their split-screen antagonists, suggested that the two sides are evenly matched, which helps explain why Americans tell pollsters that scientists are split on the matter when it’s really more like 97 percent on the side of “it’s real.”

Some in the climate community argue that congeniality like Dr. Hayhoe’s can be counterproductive, especially when well-funded deniers of climate science spread disinformation and vituperation. Michael E. Mann, a climate scientist and author at Pennsylvania State University, said locking horns has its place, too: “There is also a role for an approach that takes bad actors to task, naming names when it comes to the worst climate villains, those who are knowingly misleading the public and policy makers. Such an approach doesn’t necessarily endear oneself to the hard-core climate change deniers, but it does help to expose the deceit, and in my view it is important for the public to know about that.”

Sitting on the back porch of her house near Lubbock on an early fall evening, Dr. Hayhoe said some of her early attempts to talk to local groups about climate change fell flat. People repeated the kinds of questions that are spread by climate denialists. Hasn’t the climate always changed? How do you know it isn’t the sun’s energy warming the planet? Why do you put so much trust in satellite readings, which could be wrong?

Confronted by crossed arms and closed minds, she found herself making little initial progress. “I have had people stand up, literally shaking with rage,” she said.

Over time, she developed a more disarming approach that incorporated the most frequent questions into the talks. She explains that yes, the climate has always changed, but the current changes correlate convincingly with the steep rise in carbon dioxide and other greenhouse gases in the atmosphere. She shows that the pattern of solar cycles would have the planet cooling right now instead of warming. She argues that while the satellite readings are helpful, there are some 26,500 other measures pointing in the same direction.

She urges her audiences to visit sites like SkepticalScience.com, which debunks denialist arguments. She tells them that climate science is actually some 200 years old, or that recent temperatures in Australia were so high that the government weather service had to introduce new colors (deep purple and pink) on its maps just to convey heat up to 129 degrees Fahrenheit. “Isn’t that crazy?”

She counters preconceptions about her by speaking openly of her faith and of her respect for the principles of science.

“I don’t believe in climate change,” she said. Belief doesn’t come into it; scientific verification does.

“Gravity doesn’t care whether you believe in it or not,” she said, “but if you step off a cliff, you’re going to go down.”