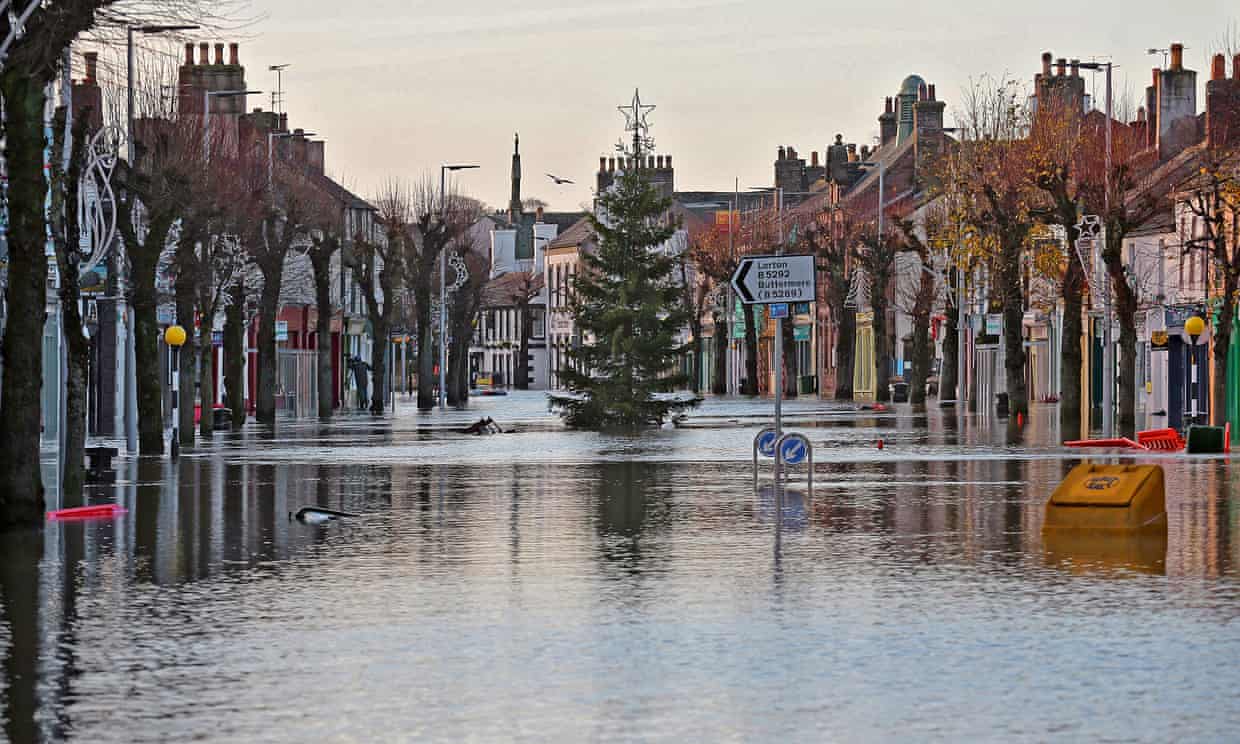 The flooded high street in Cockermouth in the Lake District, days after Storm Desmond on 6 December 2015. Photograph: Christopher Furlong/Getty Images

A year after severe floods in wake of Storm Desmond, John Krebs says ministers still have no coherent long-term plan to deal with it...

Major flooding in the UK is now likely to happen every year but ministers still have no coherent long-term plan to deal with it, the government’s leading adviser on the impacts of climate change has warned.

Boxing Day in 2015 saw severe floods sweep Lancashire and Yorkshire, just weeks after Storm Desmond swamped Cumbria and parts of Scotland and Wales. The flooding, which caused billions of pounds of damage, led to the government publishing a review in September which anticipates 20-30% more extreme rainfall than before.

But Prof John Krebs, who leads the work on adapting to global warming for the government’s official advisers, the Committee on Climate Change (CCC), told the Guardian: “We are still a long way from where we need to be, in that there is still not a coherent long-term view.” 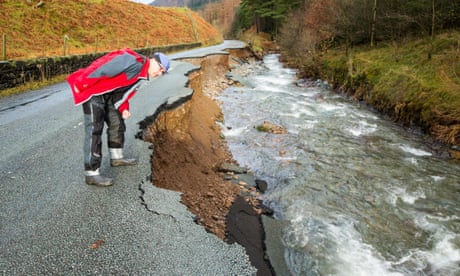 Lord Krebs said it was important for both government and households to learn from the run of floods that have affected many parts of the country in recent years. “Almost every year there has been some more or less major flooding event and that is a key message,” he said. “We have to now get it embedded that this is something that will happen somewhere most years.”

Increased flooding is the biggest impact of climate change for the UK, but the CCC has also warned that the nation is poorly prepared for deadly annual heatwaves, water shortages and difficulties in producing food. However, Krebs, who is stepping down from his CCC role after eight years in January, said: “There is still hope this country will make the progress it needs to make.”

Pressure to act now must continue from the CCC in its watchdog role and from the public, he said: “This is not something in the long-term future, this is something here and now. But it will also be worse for your children and grandchildren than it is for us, unless we do something about it.

“At the extreme end, parts of the world could become uninhabitable and there could be mass migration,” Krebs said. “At the more modest end, we are likely to experience more extreme weather events in this country and we need to prepare for that.”

Krebs also said ministers would regret cutting flood protection measures for new homes. New laws passed earlier in 2016 aim to drive the building of 1m new homes but Krebs, an independent member of the House of Lords, said he was disappointed ministers had rejected proposals to cut the risk of the homes flooding and make them cheap to heat.

“The imperative to build more homes was overriding anything that might get in the way and I think the housebuilders got at the Department for Communities and Local Government to say all of this is going to be costly and difficult,” he said. 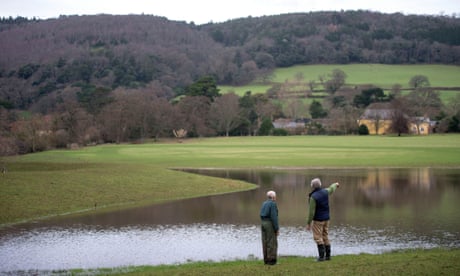 “It isn’t [costly] really, but they just want to get on and build homes according to the bog-standard, simple template and not have to worry about whether the development is sustainable in terms of carbon footprint and flood risk. In 20 years time, people will look back and say, ‘What were they thinking?’”

The CCC has also warned the government that there are no plans to deliver half of the cuts in carbon emissions needed in the 2020s, a caution Krebs likened to a yellow card.

On the third runway at Heathrow, Krebs said the government had not been clear whether the plan meant carbon emissions from planes would remain under the limit recommended by the CCC. “Is it crazy [to build it]? We don’t know yet,” he said.

But if the new Heathrow runway were built and the government stuck to the CCC limit, growth at other airports would be severely constrained, he said: “The big concern will be for the regional airports where there will be very little room for growth. So if Manchester, Birmingham, Edinburgh have aspirations, they may be dashed.”

Krebs said rejection of human-caused climate change and its great risks – which he calls denial – is a “fringe discourse”, with 114 of the world’s nations already having ratified the global climate deal signed by 194 countries in Paris a year ago.

But he said: “We shouldn’t be complacent because those dissenting voices are well-organised, funded and persistent. One has to be strong in the message that the risks are so great that taking out insurance [by acting] now is well worth it.”