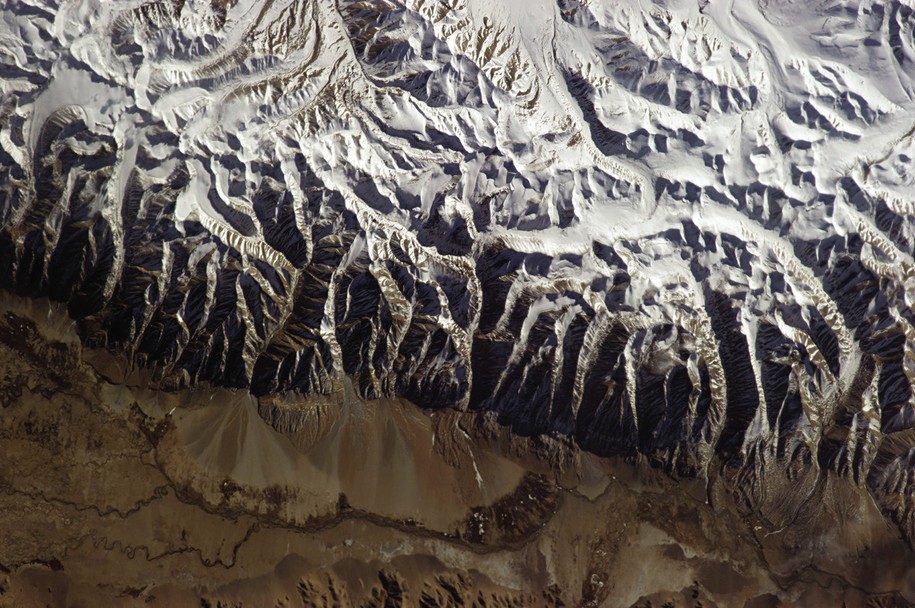 One of the worlds largest ice avalanches ever recorded has flummoxed glaciologists. The slide contained about 100 million cubic metres of ice and rocks as it roared down a narrow valley killing nine herders and hundreds of sheep and yaks...

The largest avalanche off the north face of Z1 in the Zanskar, seen from base camp. Despite how it looks, we were over 1 km away from this slide, which was flowing into a valley below us. Thanks to the MEC expedition support program for funding this trip.

The slide occurred in the Aru Range of the Rutog county in the west of the Tibet Autonomous Region on July 17, 2016. NASA in their coverage noted that “Tian Lide, a glaciologist at the Chinese Academy of Sciences, visited the site in August and described the avalanche as “baffling” because the area where the ice collapse began is rather flat”.

The Himalaya mountains are commonly referred to as the world’s Third Pole because the glaciers of Central and South Asia, including Tibet, hold the largest reserves of glacier ice outside of Antarctica, Greenland, and Canada. The Tibetan Plateau has an average elevation of 14,000 feet above sea level. The plateau covers more than 965,000 square miles and is comparable in size to Western Europe.

The cause of the avalanche is unclear. “This is new territory scientifically,” said Kääb. “It is unknown why an entire glacier tongue would shear off like this. We would not have thought this was even possible before Kolka happened.”

Kääb’s preliminary analysis of satellite imagery indicates that the glacier showed signs of change weeks before the avalanche happened. Normally, such signs would be clues the glacier might be in the process of surging, but surging glaciers typically flow at a fairly slow rate rather than collapsing violently in an avalanche.

After inspecting the satellite imagery, University of Arizona glaciologist Jeffrey Kargel agreed that a surging glacier could not be the cause. “The form is completely wrong,” he said. “It must be a high-energy mass flow. Maybe liquid water lubrication at the base played some role,” he said.

This before-and-after image shows the ice sheet vanishing from a valley in the Aru Range of Tibet.  (NASA) Credit: NASA Earth Observatory images by Joshua Stevens, using Landsat data from the U.S. Geological Survey and Sentinel data from the European Space Agency. Special thanks to Simon Gascoin for locating the images. Image interpretation assistance by Andreas Kääb (University of Oslo), Tian Lide ( Chinese Academy of Sciences), and Jeffrey Kargel (University of Arizona). Caption by Adam Voiland.​Himalayas

An interview on climate change with The Diplomat and the 17th Gyalwang Karmapa Ogyen Trinley Dorjee who is “the spiritual head of the Karma Kagyu sect of Tibetan Buddhism, “the one who carries out Buddha activity”. He belongs to the most ancient lineage in Tibetan Buddhism, predating the Dalai Lama lineage by more than two centuries”

Considering you as an environmental activist, what is urgently needed for us as humans to take meaningful action?

Well, I don’t really see myself as an activist, but I have a few things to do for the sake of the environment. I think the most important thing is that we need to learn how to control our human desires. But, this is a time, when our culture and our information and all of the media increases our desires and this has a strong effect upon the environment. So, I think for that reason it is very important to control our desires, which is a very basic thing that we need to do.

Climate Change is an increasingly hot topic, as Himalayan glaciers are melting at a very steady rate. The Tibetan plateau, which is often named as the Third Pole, has seen drastic changes with impacts strongly visible across the Indian sub-continent. You even have a Khoryug that mainly focuses on the environmental protection of the Himalayan region. In your view, how can we save further harm?

Since I was born in Tibet, I have a direct and a strong connection with Tibet and in terms of living, Tibetans are part of the Himalayas. That is primarily the reason it important to focus on. So, I think it’s essential for us to do something and that is the reason why I shoulder this responsibility.

Many people around the world understand or know about the glaciers and the ice fields melting in Tibet and the Himalayas, but maybe some of the locals do not necessarily understand why this is happening and so it is very important that local people understand that it’s not an issue that affects [only] their own area, but this also affects Asia and the entire world. So the idea is to introduce this [awareness] to them. For this, I think it’s important that we begin with the local people and start by educating them in order to protect the environment there. 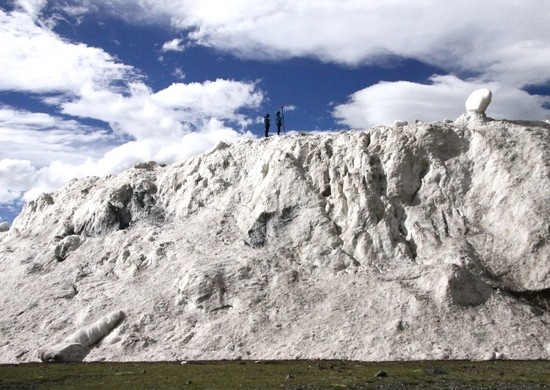