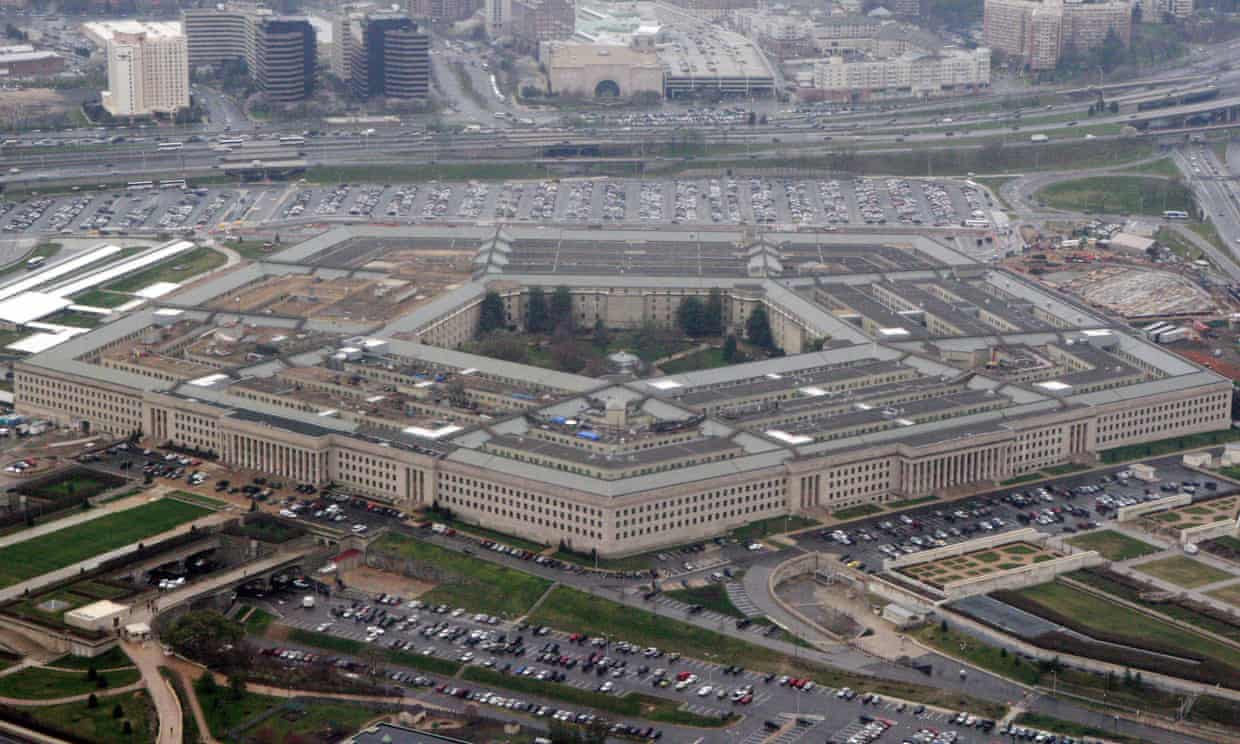 The Pentagon ordered its officials in January to start incorporateing climate change into every major consideration, from weapons testing to preparing troops for war. Photograph: Charles Dharapak/AP

A coalition of 25 prominent members of US national security community warn that higher temperatures and rising seas will inundate bases and fuel conflict...

A coalition of 25 military and national security experts, including former advisers to Ronald Reagan and George W Bush, has warned that climate change poses a “significant risk to US national security and international security” that requires more attention from the US federal government.

The prominent members of the US national security community warned that warming temperatures and rising seas will increasingly inundate military bases and fuel international conflict and mass migration, leading to “significant and direct risks to US military readiness, operations and strategy”.

In a report outlining climate risks, the group state: “The military has long had a tradition of parsing threats through a ‘Survive to Operate’ lens, meaning we cannot assume the best case scenario, but must prepare to be able to effectively operate even under attack. Dealing with climate risks to operational effectiveness must therefore be a core priority.”

Organized by the non-partisan Center for Climate and Security, the group includes Geoffrey Kemp, former national security adviser to Reagan, Dov Zakheim, former under secretary of defense under Bush, and retired general Gordon Sullivan, a former army chief of staff.

Recommendations to the federal government include the creation of a cabinet-level official dedicated to climate change and security issues and the prioritization of climate change in intelligence assessments.

Last year, the Department of Defense called climate change a “threat multiplier” which could demand greater humanitarian or military intervention and lead to more severe storms that threaten cities and military bases and heightened sea levels that could imperil island and coastal infrastructure. In January, the Pentagon ordered its officials to start incorporating climate change into every major consideration, from weapons testing to preparing troops for war.

This new focus has not been warmly welcomed by Republicans, with Colorado congressman Ken Buck proposing an amendment that would bar the Pentagon from spending money on adapting to climate change.

“When we distract our military with a radical climate change agenda, we detract from their main purpose of defending America from enemies like Isis,” Buck said in July. Meanwhile, Republican presidential nominee Donald Trump has labeled climate change a “hoax”.

But military figures are increasingly expressing concern over potential disruption to the 1,774 coastal military installations the US operates at home and abroad. A mass of military infrastructure in Virginia is at particular risk of being soaked, with the National Oceanic and Atmospheric Administration warning that by 2050 a majority of US coastal areas are likely to be threatened by 30 or more days of flooding each year due to “dramatically accelerating impacts from sea level rise”.

“The conclusions are clear: climate risks are accelerating in their likelihood and severity,” said retired rear admiral David Titley of the US navy. “The next administration, whomever is elected, has the duty and obligation as commander-in-chief to manage this risk in a comprehensive manner.”

Ronald Keys, former commander of Air Combat Command, told the Guardian that he was initially skeptical about climate change but was then convinced by the impacts he saw first hand when returning to Langley air force base in Virginia after an uneventful spell there in the 1980s.

“I came in as commander in 2005 and there were north-easters that came through and brought three or four feet of water outside where I was living,” he said. “You see that change and think ‘a ha.’ Before, a minor storm was a nuisance, now it is a danger to some of our operations.”

Keys said he hoped in a non-presidential election year that “cooler heads may prevail” over the rhetoric used by Trump and others.

“It’s hard to energize people now, but it’s too late when the water is around your ankles,” he said, “People can say the temperature hasn’t followed the models but I can read a thermometer and a flood gauge. We need to do this threat analysis now.”