PLAN FOR EVERY HOUSE TO HAVE CAR CHARGING POINT... 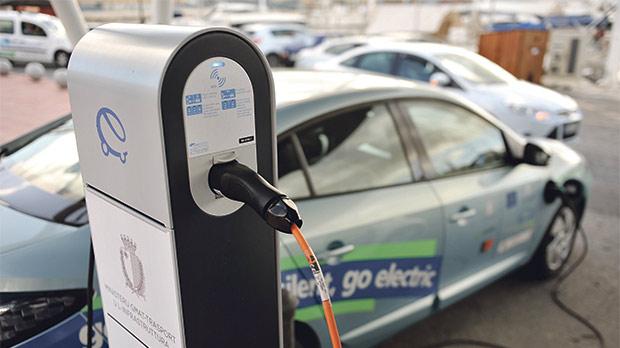 Plans for every new or refurbished house in Europe to be equipped with an electric vehicle recharging point have been announced under a draft EU directive expected to come into effect by 2019...

The regulations, expected to be published by the end of the year, will also require 10 per cent of parking spaces in new buildings to have recharging facilities by 2023.

Mario Xuereb, general manager of local Renault representatives Auto Sales, described the directive as a step in the right direction.

“It will encourage more people to consider an electric vehicle when they come to purchase their next vehicle,” he said. “This is especially so in Malta, where the issue of range anxiety, due to our small size, does not arise.”

Mr Xuereb added that local sales were expected to improve as environmental awareness increased and the technology became more competitive.

Electric cars are considered a crucial component in strategies to reduce emissions and improve air quality, yet sales in Malta remain limited to a few units a year despite efforts by the government, which has stated its target of having 5,000 such vehicles on the roads by 2020.  There were only 205 in Malta and Gozo at the end of 2014, according to official figures, up from 80 in 2012.

The scheme was extended in June, coupled with the introduction of new incentives for installing electric vehicle charging pillars for the business community and NGOs, as well as the upgrade of new importers’ service centres and staff training.

A local Mitsubishi representative, however, told the Times of Malta that despite the incentives, costs remained prohibitive for most people, limiting the take-up of the new technology. A new electric vehicle can cost around €20,000 even after the government grant.

The representative highlighted the need for more promotion and awareness raising by the government to complement the private sector’s efforts, as well as upgrading of charging infrastructure.

While public charging points are widely accessible, cars take hours to charge with the current technology. ‘Fast chargers’ available in many European cities, by contrast, can deliver a full charge in as little as 15 minutes.

A position paper published by Eurelectric, the electricity industry lobby, in July noted that the limited availability of charging infrastructure, was considered to be one of the biggest obstacles to the widespread adoption of EVs by customers who still suffer from ‘range anxiety’.

The group noted, however, that without adequate business and financing models, market operators who are wary of investing in the needed infrastructure without having any visibility of how it will be utilised.