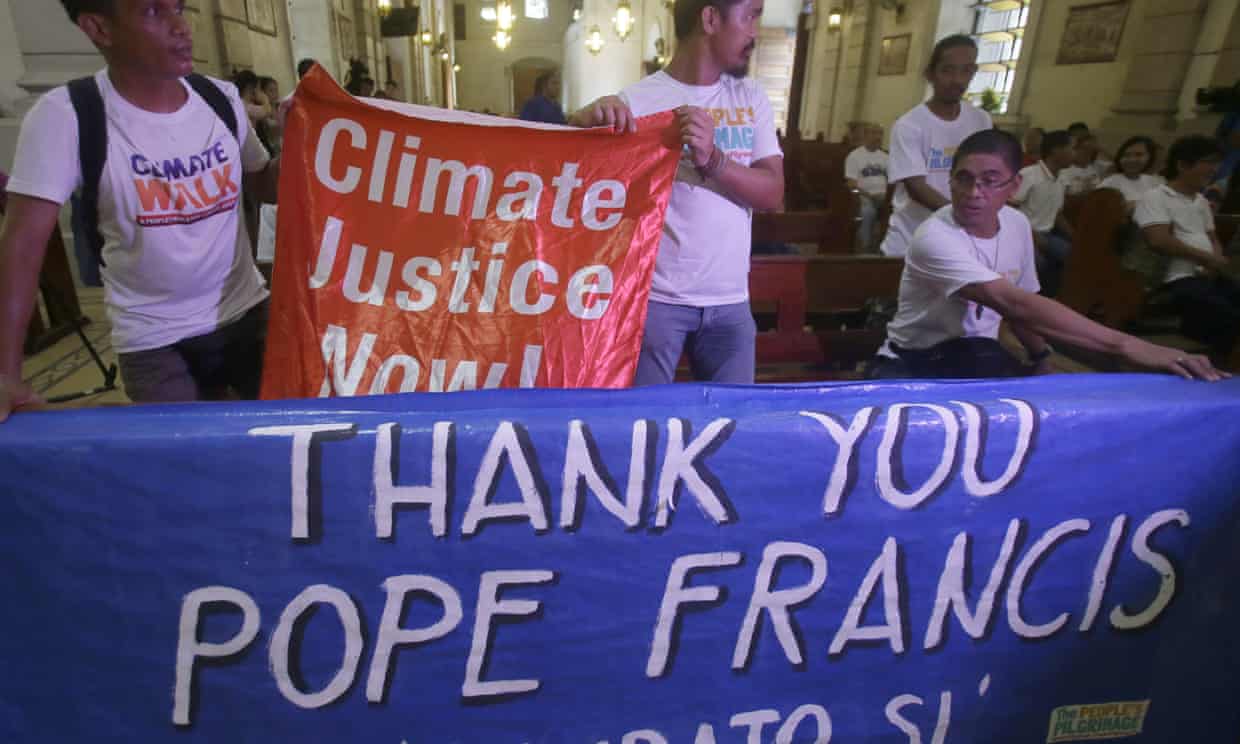 Knowledge of the pope’s encyclical, called Laudato Si’, did not appear to be linked to higher levels of concern regarding climate change, the study found. Photograph: Bullit Marquez/AP

Hailed as a significant call for action, the pope’s encyclical has not had the anticipated rallying effect on public opinion, researchers have found...

The pope’s call for action on climate change has fallen on closed ears, research suggests.

A study by researchers in the US has found that right-leaning Catholics who had heard of the pope’s message were less concerned about climate change and its effects on the poor than those who had not, and had a dimmer view of the pope’s credibility.

“The pope and his papal letter failed to rally any broad support on climate change among the US Catholics and non-Catholics,” said Nan Li, first author of the research from Texas Tech University.

“The conservative Catholics who are cross-pressured by the inconsistency between the viewpoints of their political allies and their religious authority would tend to devalue the pope’s credibility on this issue in order to resolve the cognitive dissonance that they experience,” she added.

Issued in June 2015, Pope Francis’s encyclical, called Laudato Si’, warned of an “unprecedented destruction of ecosystems” if climate change continues unchecked and cited the scientific consensus that human activity is behind global warming. 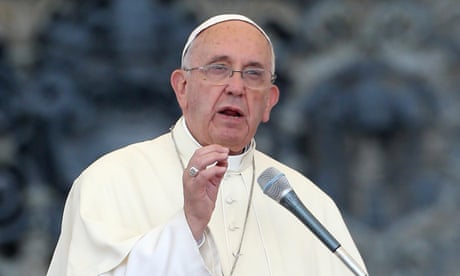 Research conducted on the eve of the announcement found that 68% of Americans and 71% of US Catholics believe in climate change, with Democrats more likely than Republicans to believe in the issue, put it down to human causes and rate it as a serious problem.

The pontiff’s comments were seen by many as a significant call for action in the battle against climate change, focusing on the moral need to address the impact of humans on the planet. “Pope Francis is personally committed to this [climate] issue like no other pope before him. The encyclical will have a major impact,” said Christiana Figueres, the UN’s climate chief, at the time.

But new research published in the journal Climatic Change suggests that the encyclical might not have had the anticipated rallying effect on public opinion.

In a nationally representative survey of 2,755 individuals across the US, including more than 700 Catholics, researchers quizzed individuals on their attitudes towards climate change, its effects on the poor and papal credibility on the issue, together with questions on their political views and demographics such as age, sex and ethnicity. The team found that 22.5% of respondents said they had either heard of the pope’s message or his plans for the letter.

The Guardian view on Laudato Si’: Pope Francis calls for a cultural revolution

Editorial: The pope links the destruction of the environment with the exploitation of the poor. The world should pay attention
Read more

But knowledge of the papal letter did not overall appear to be linked to higher levels of concern regarding climate change.

Instead, the researchers found that the effects of awareness of the letter were small, although awareness was linked to more polarised views. For both Catholics and non-Catholics, conservatives who were aware of the letter were less likely to be concerned about climate change and its risk to the poor, compared to those who had not. The opposite trend was seen among liberals.

But, the authors say, among both conservative Catholics and non-Catholics who had heard of the encyclical, the pontiff’s perceived credibility decreased as political leaning veered to the right.

The researchers say it is not clear if the increased polarisation is caused by hearing about the encyclical or, for example, if more politically engaged individuals were simply more likely to be aware of the papal letter.

“In sum, while [the] pope’s environmental call may have increased some individuals’ concerns about climate change, it backfired with conservative Catholics and non-Catholics, who not only resisted the message but defended their pre-existing beliefs by devaluing the pope’s credibility on climate change,” the authors write.

The results chime with the reaction to the papal stance by conservative media and a number of prominent individuals, including former presidential candidate Jeb Bush who rebuffed the pope’s message, saying: “I don’t get economic policy from my bishops or my cardinal or my pope.”

Neil Thorns, director of advocacy at the Catholic aid agency Cafod, said: “Laudato Si’ was a wake-up call on how we’re treating our planet and its people which unsurprisingly – although disappointingly - some climate deniers and those with vested interests were not willing to hear.”