As the Arctic goes, so goes the planet. On 23 June 2020, a new record high  temperature was recorded in the Siberian Arctic. The northern Russian town of Verkhoyansk hit a stunning 38°C (100.4°F), which is 18°C (32.6°F) higher than normal. Climate experts were shocked, as this Arctic heating was not predicted by models to occur until the end of this century. With this, the planetary climate emergency has reached a far higher level of “dire,” increasing the threat to our future survival. The reason is runaway. 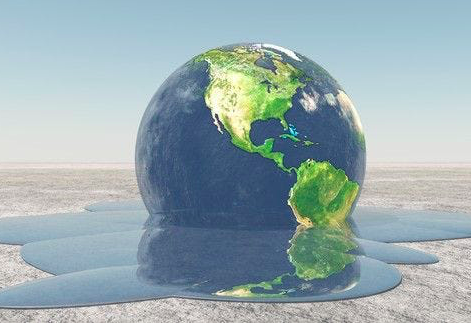 Today global surface warming due to industrial greenhouse gas emissions is accelerating faster than ever.

Siberia holds most of the planet’s permafrost and so most of the carbon. The largest forest in the world (the Russian Taiga) is on fire. 2019 was a record for Arctic fires and already there more fires burning in Siberia than ever before, as shown by the NASA FIRMS world fire map. This enormous heating and burning in Siberia will thaw permafrost faster, releasing more carbon, creating more warming that will thaw permafrost even faster. This is a dire planetary emergency today because of triggering runaway global heating.

The Arctic is a greenhouse gas time bomb. The Arctic holds most of the planetary feedback sources, which includes the largest single source of definite Arctic feedback emissions, which is permafrost. In 2008, scientists made the shocking discovery that permafrost held double the assumed amount of carbon, which is double the CO2 in the atmosphere. At some temperature increase, thawing permafrost generates its own heat, enough to make thawing self-accelerating and irreversible. We don’t know if even artificial Arctic cooling would stop this.

In a 2018 paper, Trajectories of the Earth System in the Anthropocene, Will Steffen et al. warned of multiple cascading feedbacks leading to a heightened global warming they called hothouse Earth. Cascading feedbacks happen when several feedbacks interact by reinforcing each other.

So when in November 2019 the NOAA confirmed its previous 2016 report that the Arctic had, in fact, switched from a carbon sink to a carbon source, this was another finding of planetary catastrophe demanding immediate and rapid decline of emissions. It should have made front-page headlines, but did not get reported.

The Arctic switch is due to increasing feedback emissions of methane (CH4) and CO2, caused by increasing warming of the Arctic surface, which is thawing previously permanently frozen ground (permafrost). CO2 emissions are much larger than expected. In addition to the two carbon gases, thawing permafrost is also emitting the other main greenhouse gas, nitrous oxide.

Prior to global surface warming, the Arctic carbon cycle was in balance, with a small net carbon sink. During the long days of Arctic summer methane was released from Arctic wetlands, balanced by and Arctic tundra absorbing CO2 by photosynthesis. Now the permafrost is emitting more carbon, as CO2 and methane, than the tundra can absorb. The main reason is much more CO2 is being emitted than expected. This was explained well in the NOAA 2016 Arctic Report Card and confirmed in 2019. The combination of very long-lasting CO2 (hundreds of years), powerful methane (over 80 times more powerful than CO2), and very long-lasting and very powerful nitrous oxide (260 times the power of CO2 over 120 years) is a planet-killing formula.

In addition to thawing permafrost, there is another current source of feedback methane emissions: As subarctic and tropical peat-rich wetlands are warmed, they emit more methane. These methane emissions will increase with temperature.

The largest single deposit of methane on the planet is subsea floor methane hydrates. There are large quantities of such methane beneath shallow Arctic continental shelves. A very small amount of this Arctic methane (relatively) is passing through the water column and releasing to the atmosphere. Arctic Ocean warming is predicted to increase Arctic subseafloor release to the ocean and the amount that vents to the air above the ocean surface. Large releases to the atmosphere are theoretically possible, and have occurred in the past.

This is all happening today at a global temperature increase of 1.2°C. The release of greenhouse gases from thawing permafrost depends on time as well as temperature. The most direct and reliable research is from Siberian underground caves, published by Anton Vaks in 2013. He found that very large amounts of Siberian permafrost will thaw at a global warming of 1.5°C.

On 25 June 2020, the UN Climate Secretariat tweeted: "To avoid runaway #ClimateChange we must act now." 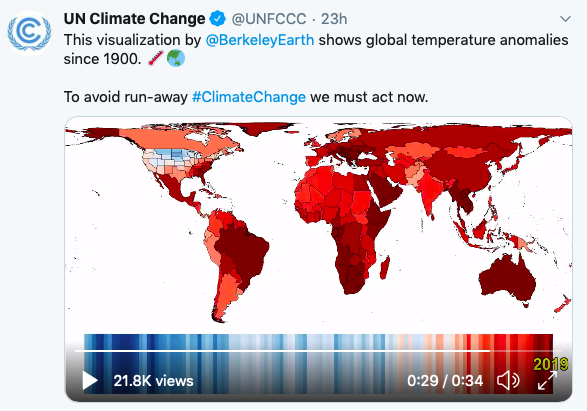 It was back in 2008 that NASA’s James Hansen stated that the Arctic sea ice had passed its tipping point, a planetary emergency requiring fast action to avoid passing other planetary tipping points and planetary catastrophe.

It seems none of these stunning, abrupt Arctic global emergency sirens are being heard. Nothing is being done to slow the Arctic amplified heating or to stop the permafrost thawing greenhouse gas emissions. This non-response to the Arctic climate emergency by our leaders is leading the world to oblivion. A continued lack of response will lead to increasing cascading and inter-reinforcing Arctic feedbacks, a complete list being:

Today, super-heating and massive fires in Siberia are torching planet Earth. The human race cannot survive Arctic multiple feedback runaway. There is no comparable issue and runaway ends all issues. The world must unite forcefully right now to save itself. In the next few years we must at least try to find ways to rapidly replace all fossil fuel energy, remove large amounts of CO2 – enough to stay under 1.5°C, and ways to  keep the Arctic summer sea ice and  permafrost frozen.