TIME TO LISTEN TO THE ICE SCIENTISTS ABOUT THE ARCTIC DEATH SPIRAL... 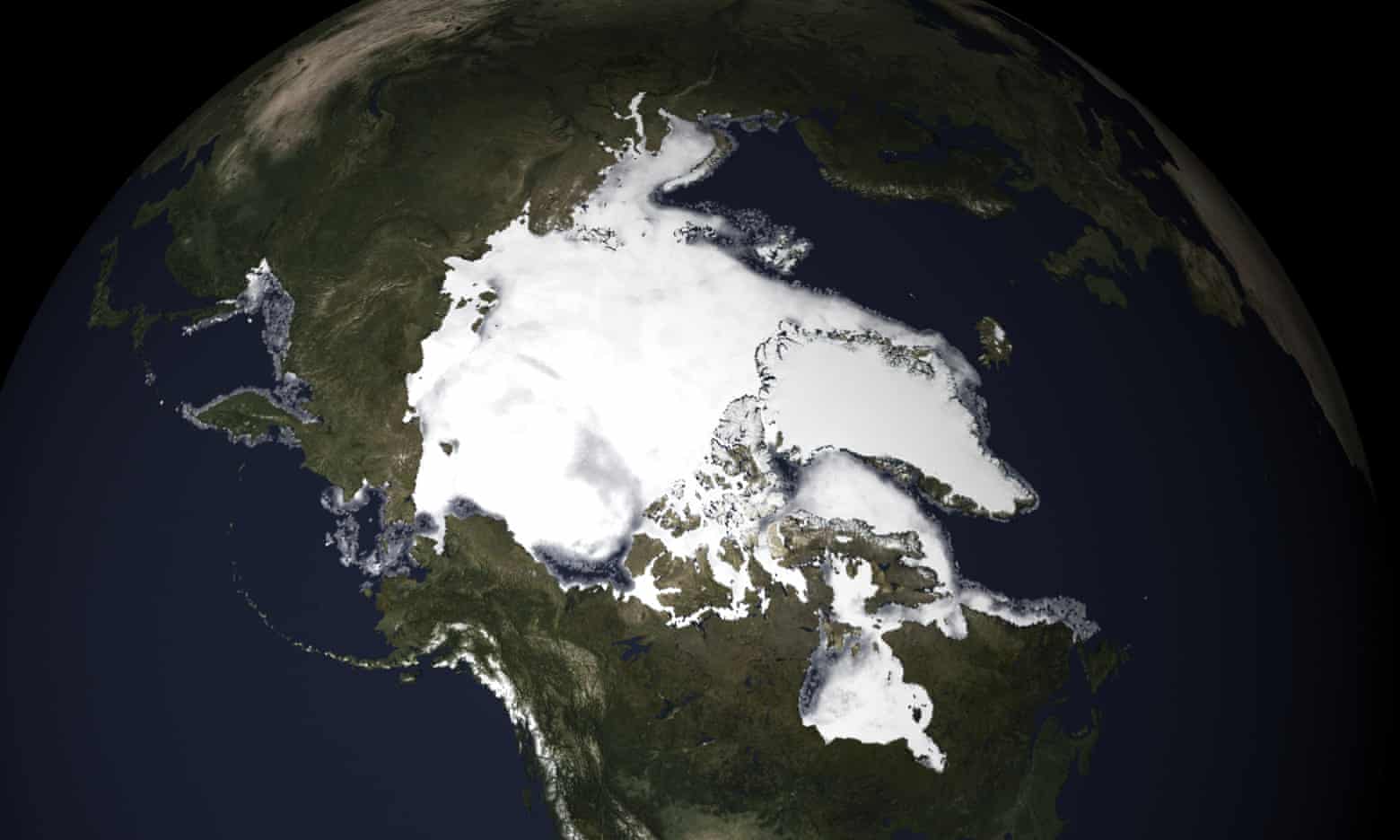 The Arctic’s ice is disappearing. We must reduce emissions, fast, or the human castastrophe predicted by ocean scientist Peter Wadhams will become reality...

Ice scientists are mostly cheerful and pragmatic. Like many other researchers coolly observing the rapid warming of the world, they share a gallows humour and are cautious about entering the political fray.

Not Peter Wadhams. The former director of the Scott Polar Research Institute and professor of ocean physics at Cambridge has spent his scientific life researching the ice world, or the cryosphere, and in just 30 years has seen unimaginable change.

When in 1970 he joined the first of what would be more than 50 polar expeditions, the Arctic sea ice covered around 8m sq km at its September minimum. Today, it hovers at around 3.4m, and is declining by 13% a decade. In 30 years Wadhams has seen the Arctic ice thin by 40%, the world change colour at its top and bottom and the ice disappear in front of his eyes.

In a new book, published just as July 2016 is confirmed by Nasa as the hottest month ever recorded, this most experienced and rational scientist states what so many other researchers privately fear but cannot publicly say – that the Arctic is approaching a death spiral which may see the entire remaining summer ice cover collapse in the near future.

‘Because Peter Wadhams says what other scientists will not, he has been slandered, attacked and vilified by denialists and politicians who have advised caution or non-action.’ Photograph: PR

The warming now being widely experienced worldwide is concentrated in the polar regions and Wadhams says we will shortly have ice-free Arctic Septembers, expanding to four or five months with no ice at all. The inevitable result, he predicts, will be the release of huge plumes of the powerful greenhouse gas methane, accelerating warming even further.

He and other polar experts have moved from being field researchers to being climate change pioneers in the vanguard of the most rapid and drastic change that has taken place on the planet in many thousands of years. This is not just an interesting change happening in a remote part of the world, he says, but a catastrophe for mankind.

“We are taking away the beautiful world of Arctic Ocean sea ice which once protected us from the impacts of climate extremes. We have created an ocean where there was once an ice sheet. It is man’s first major achievement in re-shaping the face of the planet,” he writes.

And, boy, are we seeing extremes. So far this year, the planet’s average temperature has been 1.3C warmer than the late 19th century, and 2016 is virtually certain be the hottest year ever recorded.

Nobody can buy the silence of a climate spinning out of control...

Britain and northern Europe may have had average temperatures, but 500 million people in the Middle East and north Africa, along with most of south-east Asia, have experienced droughts and searingly hot days and nights, which are only partly to do with the natural El Niño phenomenon. Meanwhile, China, India and the US have seen some of their longest heatwaves and worst floods in decades, and nearly 100 million people will need food aid in the coming months because of disrupted rainfall patterns.

Mitribah in Kuwait has reported a world record 54C, India and Iran have both recorded their highest ever temperatures, and deadly heatwaves have struck China, the US, Indonesia and New Zealand. We are perilously close to the 1.5C limit of warming that all countries signed up to in Paris last year and on track for a 3C-4C increase which would make much of the world uninhabitable.

Because Wadhams says what other scientists will not, he has been widely slandered, attacked and vilified by denialists and politicians who have advised caution or non-action. But now he returns their fire, exhorting people to counter what he calls “the sewage flow of lies and deceit” emitted by the deniers. Above all, he says, people who study climate change should speak up and be prepared to risk the blighting of their careers and absence of honours.

But he joins other climate researchers to cross lines that the public may still find unacceptable. He wants global action to find new ways to remove carbon from the atmosphere, and is not afraid of nuclear power – both of which answers can be swallowed – but he also argues for a colossal, global research programme in geo- engineering.

The climate crisis is already here – but no one’s telling us...

This is the deliberate attempt to reduce warming by the planetary-scale manipulation of weather patterns, oceans, currents, soils and atmosphere to decrease the amount of greenhouses gases.

Spraying sun-reflecting chemicals into the atmosphere, mimicking volcanoes, blocking sunlight and fertilising the oceans with iron filings attracts people who think that technology has all the answers, but it should strike fear into most of the world, which has not been responsible for warming and which has no reason to trust politicians’ or scientists’ further meddling with planetary forces.

How to proceed safely in a warming world without disastrous unintended consequences? The need for truly urgent action is undeniable, but by the time answers have been found to the massive questions of science, engineering and governance that Wadhams agrees need to be solved before geo-engineering on a planetary scale can go ahead, it will be far too late.

Climate change has been caused by ignorance and stupidity and cannot be solved by endorsing more of the same with geo-engineering. The only answer is reducing greenhouse emissions. Fast.