oxic algae that first turned up in the York River in 2007 hasn't merely taken hold — its bloom has exploded this summer in the Chesapeake Bay and beyond, expanding farther and lasting longer than scientists have ever seen before.

Water samples taken this summer show the algae, called Alexandrium monilatum, has spread from Virginia Beach to the James, York and Rappahannock rivers to the Eastern Shore. One marine expert suspects it has even reached as far north as the Potomac River.

Scientists say they don't know why a species common to the warmer waters of the Gulf of Mexico and Florida coast is suddenly thriving here.

"We're seeing higher densities, and the main stem of the Chesapeake Bay definitely indicates that it's spread northward as well as southward," said Kim Reece, head of Aquatic Health Sciences at the Virginia Institute of Marine Science in Gloucester Point.

"The (Alexandrium) bloom is, unfortunately, very happy out there this year for some reason."

Colleagues in the Gulf, she said, tell her this region is seeing higher concentrations than even they typically do.

This year's bloom is also especially stubborn. It tends to show up in early to mid-August and is gone by early to mid-September. But it's still going strong. 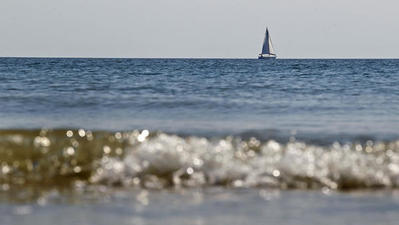 Now Reece is pulling together an interdisciplinary team to try to better understand Alexandrium, its expansion, its toxicity and its impact on marine life.

"To possibly develop some models to better understand why," Reece said. "What is driving this? Is it temperatures? Is it nutrients? Is it salinity? Is it a particular rainfall pattern? Are there wind patterns? I'm throwing everything out here."

Algae are tiny plants native to coastal waters and a key food source for marine life.

There are hundreds of species, but the one more common to Hampton Roads is Cochlodinium polykrikoides, which typically blooms in early to mid-July and dies off in mid- to late August. 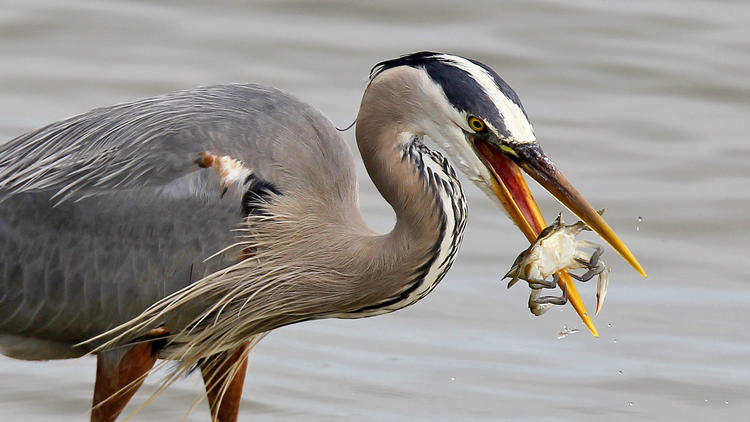 But under the right drivers — warming water, for instance, or too much nitrogen and phosphorus runoff — algae growth can explode into red tides.

These massive algal blooms eventually decompose, causing oxygen to be sucked out of the water column. This leads to dreaded dead zones that can kill marine creatures.

While Alexandrium first showed up in 2007, experts say its first large bloom didn't occur until 2012.

This alga can put on a gorgeous display — it's bioluminescent and glows a bright blue when a creature or boat moves through the water.

But it also packs a punch: a toxin that Reece said can be deadly to larval and spat oysters, as well as larval finfish and small crustaceans.

Its human health impact, however, appears to be negligible. 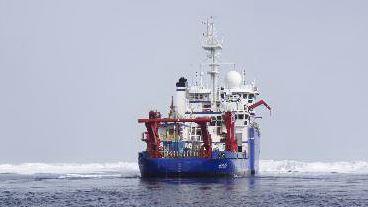 Researchers who handle it sometimes complain of symptoms such as watery eyes, itchiness or nasal irritations, said Reece.

At the Virginia Department of Health, marine science supervisor Todd Egerton said people haven't reported health effects, unless they're working directly in the strongest bloom areas or under laboratory conditions.

Egerton is with the Health Department's division of shellfish sanitation in Norfolk.

On Monday, the department posted an advisory on its website of a harmful algal bloom in the lower James and York rivers and the Chesapeake Bay.

"So the guidance is you should probably avoid it," Egerton said. "But, for the most part, people haven't reported any issues with it."

VIMS is working with some oyster growers, though, to better understand Alexandrium's impact on oysters at different stages.

During last year's bloom in the York River, Reece said an aquaculturist reported relatively high mortality among his oysters.

"And we think it probably was related to the bloom," she said. "But you never know, because oysters will die for other reasons as well."

This year, she said, the grower didn't see the same high mortality rate.

Nor did VIMS in an experiment with its own oysters, although the animals' growth seemed to slow during the bloom. 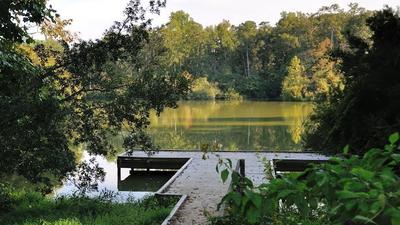 There were also reports of cownose ray and stingray "kills" that occurred during a bloom, she said. But it's unclear if the bloom was to blame.

"Cause and effect is not always clear," said Reece. "That's why we're doing an experiment where we're taking measurements, we're taking data twice a week, we're looking for mortality, we're following them very carefully. You have to do that in order to be sure."

This year, the research got a boost from satellite imagery provided by NASA Langley that more clearly revealed the extent of the bloom.

NASA takes satellite images of the entire planet, but the resolution is only about 1 kilometer — too coarse to show an algal bloom, he said.

But Ross knew of VIMS' work and also that a particular European satellite sensor had a 10 meter resolution, or 100 times closer.

"And it just clicked in my mind that, hey, maybe this European sensor could do a good job of (showing) where that bloom was," Ross said.

It did the job, and also augmented a series of aerial images of the algal bloom taken by Reece's colleague, aquatic animal pathologist Wolf Vogelbein, during flyovers.

"What we were seeing closely mirrored what Wolf was showing in his photographs," Ross said. "This gave you an overview where you could tie it all together all at once."

Soon, experts say, other technologies could be used to study and better understand blooms.

A group at NASA Langley is looking to collaborate with VIMS to secure funding to use research drones, Ross said.

And there have already been some test flights with NASA pilots who might be able to get hyperspectral sensor profiles of algal blooms, said Reece. Hyperspectral imaging shows how objects appear in the ultraviolet and infrared wavelengths.

But for now, said Reece, "I'm ready for this to be over. It's a crazy, crazy year. We've been following it pretty closely, and it's surprising it's been going on this long."