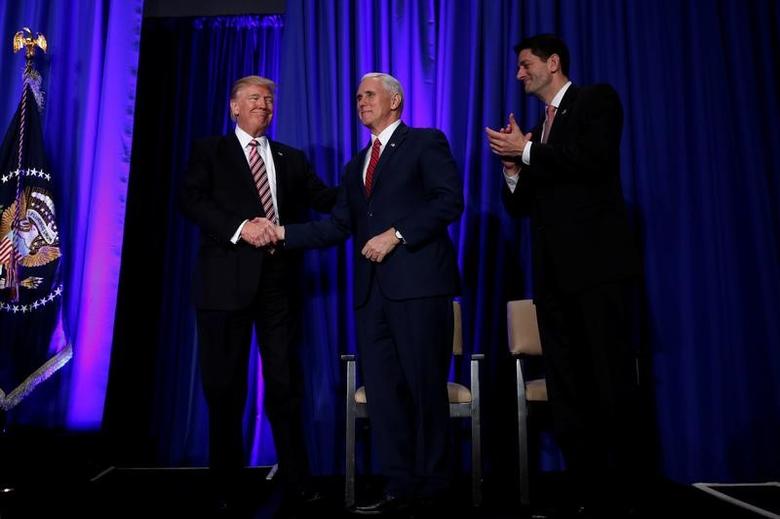 Two major U.S. rules aimed at curbing corruption and pollution in the energy sector may be entirely wiped from the books by next week, after the Republican-led House of Representatives on Wednesday voted to repeal them...

The Senate is expected to take up repealing the rules, both of which were years in the making, as soon as Thursday.

Under the virtually untested Congressional Review Act, the Republican-led Congress can vote to permanently undo newly minted regulations. Agencies cannot revisit overturned regulations and timing in the law means any regulation enacted in the Obama administration's final months are eligible for axing.

Required by the 2010 Dodd-Frank Wall Street reform law, the Securities and Exchange Commission's "extraction rule" was approved this summer to require companies such as Exxon Mobil Corp and Chevron Corp to publicly state the taxes and other fees they pay to governments.

Exxon, and other major energy corporations, fought for years to keep the rule from seeing the light of day. After a series of legal battles the SEC in June 2016 finally completed the rule, which supporters say can help expose questionable financial ties U.S. companies may have with foreign governments.

During Wednesday's debate, Representative Maxine Waters, the senior Democrat on the House Financial Services Committee, raised concerns that Exxon's CEO during those fights was Rex Tillerson, just confirmed in the top diplomatic post of Secretary of State. During Tillerson's confirmation hearings, he raised Democrats' hackles by saying he did not know Exxon lobbied against U.S. sanctions on Russia, where he did business for years.

Republicans say the rule is burdensome and costly for energy companies, and also duplicates other long-standing regulations.

On the House floor Republican Jeb Hensarling, chairman of the Financial Services Committee, called the rule part of "a radical leftist elitist agenda against carbon-based jobs."

The stream buffer rule is intended to lessen the amount of waste from mountain-top removal coal mining deposited in local waterways.

Republican lawmakers, though, say it is hurting coal jobs by placing unworkable limits on the industry. Democrats, on the other hand, say it cuts down on water pollution.

Republicans consider loosening regulation as high a priority as dismantling the Affordable Care Act and rewriting the tax code, according to Kevin McCarthy, the second most powerful Republican in the House.

On Thursday, the House will vote on repealing three other rules - on methane on public lands, expanding background checks for some gun purchases, and requiring federal contractors to post information on their workers.

In recent weeks, the House has also passed bills to slow down regulatory processes and President Donald Trump, a fellow Republican, has issued executive orders trying to shrink the government bureaucracy.