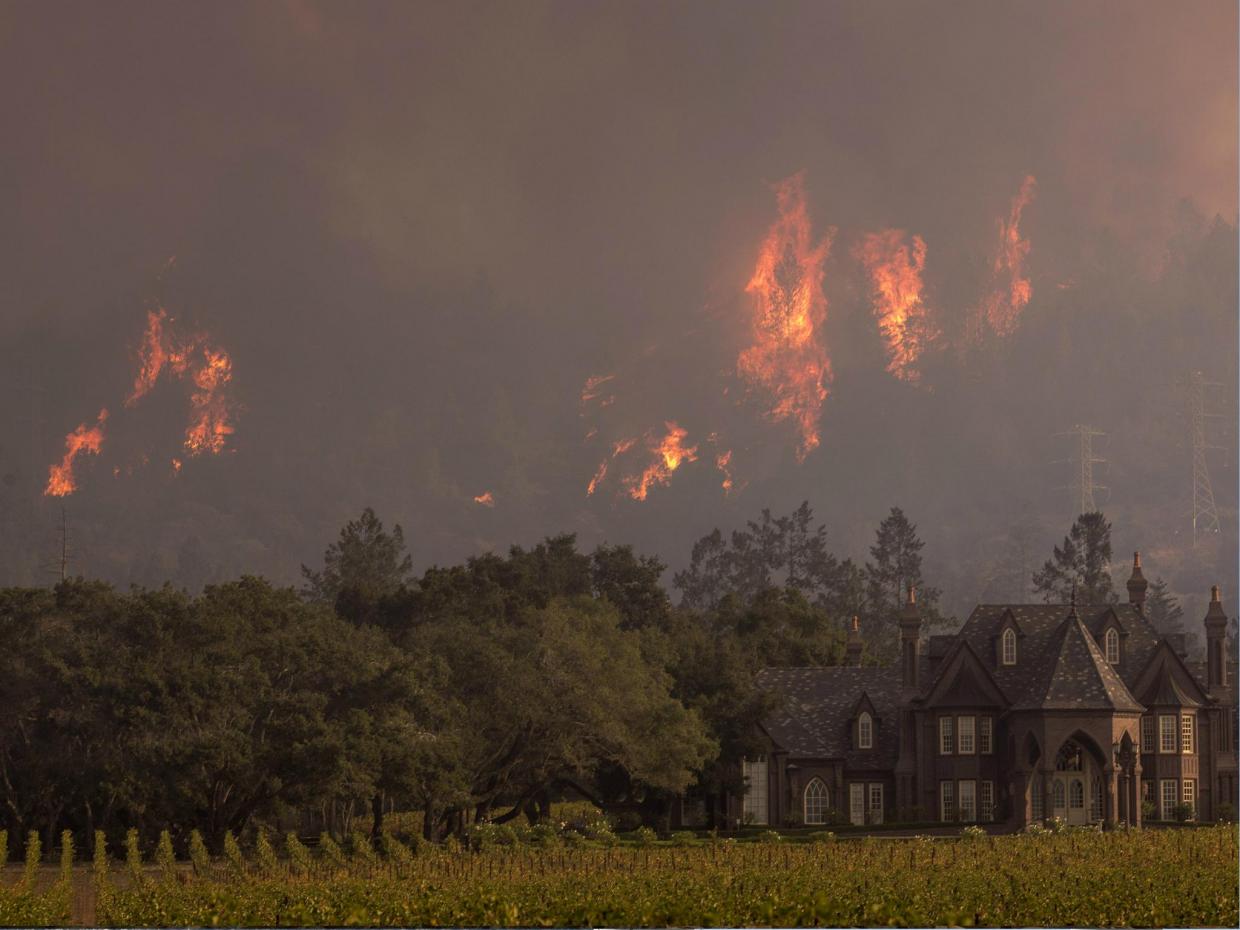 At least 40 people are confirmed dead in northern California wildfires and the GAO estimates wildfires like this will cost the US more if climate change is not addressed. David McNew/Getty Images

'We simply cannot afford the billions of dollars in additional funding...if we do not take into account the consequences of climate change'...

An independent US government agency has said natural disasters have cost the country $350 billion in the last decade and that it is time for Donald Trump’s administration to address climate change before it starts costing the country more.

The nonpartisan auditing agency Government Accountability Office (GAO) issued the report that said the US has spent that amount just in responding to extreme weather events.

This includes relief money for the devastation caused by hurricanes and wildfires, both of which the country has seen in the last few months. 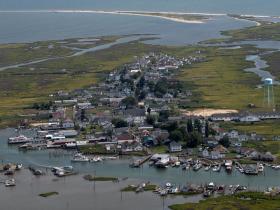 Ms Cantwell summed up the report to the New York Times as: “basically telling us that this is costing us a lot of money...We need to understand that as stewards of the taxpayer that climate is a fiscal issue, and the fact that it’s having this big a fiscal impact on our federal budget needs to be dealt with.”

Much of the report states that climate change will impact various parts of the country with drought, low crop yields, road damage, increased wildfires, increased energy demands, and coastal infrastructure damage - all deemed by GAO as “examples of potential economic effects of climate change”.

The agency noted some of the effects and damage costs are difficult to predict for events directly related to climate change but as the New York Times reports that “one estimate projects that rising temperatures could cause losses in labor productivity of as much as $150 billion by 2099, while changes in some crop yields could cost as much as $53 billion.”

The federal budget is currently around $3.8T.

Both hope the administration will take into account the GAO’s recommendation: to take executive action on environmental regulations that will help curb emissions and protect the environment in order to minimise costs for the taxpayer.

Ms Collins told the newspaper that “we simply cannot afford the billions of dollars in additional funding that’s going to be needed if we do not take into account the consequences of climate change.”

Director of Natural Resources and Environment at GAO J. Alfredo Gomez told The Independent that “in typical protocol” the agency sent a draft report to the Environmental Protection Agency (EPA) and its administrator, Scott Pruitt.

The GAO requested a response within 30 days, however the EPA only provided technical comments there were a “clarification” on how GAO characterised one of the reference studies used, according to Mr Gomez.

He said the EPA did not provide an explanation as to why it did not otherwise respond to the report.

This is not the first or only ongoing study into the financial costs of not addressing climate change, as Mr Gomez noted.

A list is put together every two years called the High Risk List of “specific areas where government-wide action is needed to limit fiscal exposure to climate change,” he explained.

The GAO recommends the Trump administration focus on areas like defence-related installations - like military bases in coastal areas - that are particularly vulnerable to climate change, federal flood insurance programmes, as well as disaster aid.

However, the administration’s track record has been one of dismantling existing environmental legislation rather than passing and implementing.

In June, Mr Trump announced he was withdrawing the US from the Paris Agreement on climate change, the deal agreed to by nearly 200 countries to curb global carbon emissions and help poorer countries adapt to a changing planet.

Mr Trump said he felt the accord, signed and put into enforcement by the Obama administration, as putting American workers - particularly in the coal industry - at an “economic disadvantage”.

Recently, Mr Pruitt said the EPA will be repealing and possibly replacing a cornerstone of the Obama administration’s environmental legacy and answer to meeting the goals outlined in the Paris accord: the Clean Power Plan.

According to the Washington DC-based Union of Concerned Scientists, power plants account for almost 40 per cent of the country’s emissions - “more than every car, truck, and plane in the US combined.”

If it had been left in place, the CPP would have reduced power plants’ carbon emissions by 2030 to a level 32 per cent lower than they were in 2005.

To counter, more than a thousand CEOs and sub-national government leaders have pledged to continue to fight climate change through business operations and regulations.

However, the overall reduction in carbon emissions of all these actors is still being calculated and may not equal the amount of reductions should the federal government be involved.

The GAO report was released just as the Senate is getting ready to vote on a nearly $40bn disaster relief package for Americans affected by the recent hurricanes and wildfires. It will also include provisions for flood insurance.