WE MUST STOP THIS! TRUMP PLANS TO OPEN NEARLY ALL U.S. WATERS TO DRILLING...

This is unacceptable, and we need you to take action today! 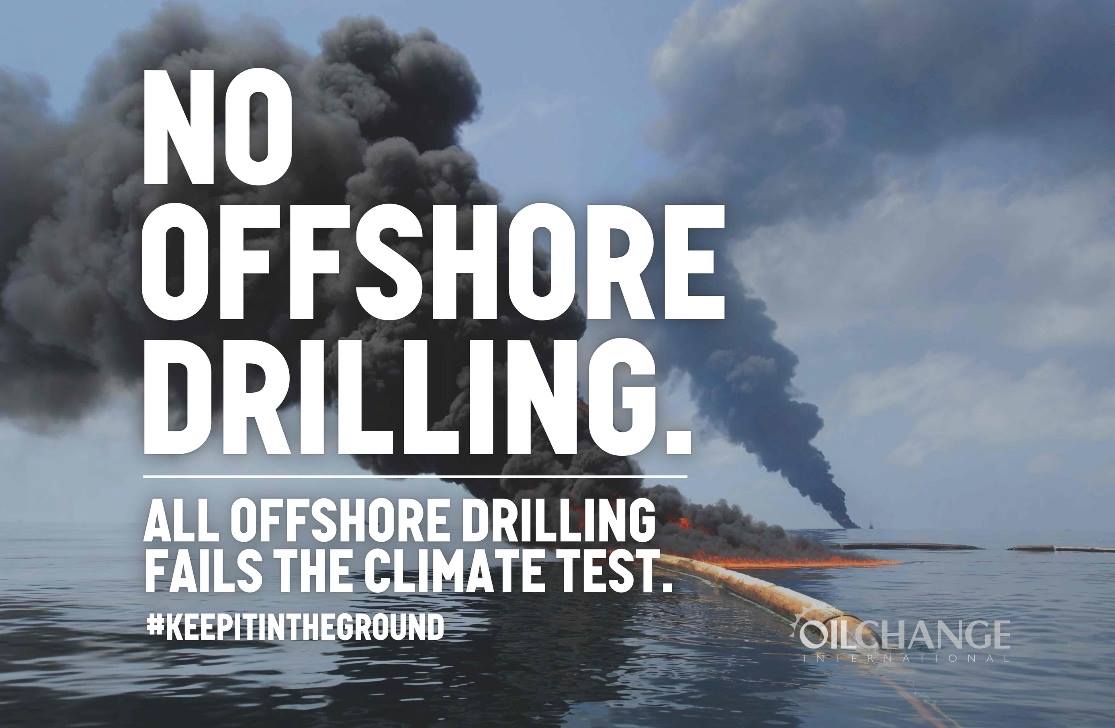 Protect our coasts from Trump & his Big Oil buddies!

We know that in order to avoid catastrophic climate disruption and have a fighting chance of keeping global warming within internationally-agreed limits, we simply cannot develop new offshore oil and gas fields.

We also know that oil industry expansion isn’t just a climate problem. Disasters like the Deepwater Horizon explosion have already taken an enormous toll on marine life and coastal communities, many of which are still dealing with the damages decades later.2

The American people are more determined than ever to stop drilling in the Arctic, Atlantic, and Pacific Oceans, as well as the Gulf of Mexico. Submit your comment now. This corporate giveaway will not go unchallenged!

Back in 2016, after years of scientific review and public outcry from millions of Americans, President Obama released a five-year offshore oil and gas leasing plan that protected large swaths of these oceans now set to be opened.3 Now Trump is scrapping the plan and replacing it with one that expands Big Oil’s access to nearly all of our federal waters, in yet another gift to the Trump administration’s Big Oil benefactors.

The administration is legally required to seek public input on this dirty plan, so we all have to weigh in. Add your voice: Submit a comment now telling the Trump administration that we won’t let them hand our shared ocean treasures to Big Oil without a fight.

We’ve got a long fight ahead of us, and comments alone aren’t likely to change the opinion of this anti-science administration. But flooding this public comment period is important for letting the Trump team know we’re on to them — this plan isn't about a healthy economy, working families, or Americans' interests. It's about giving Big Oil exactly what they want.

Submit your comment right now telling the Department of the Interior why offshore drilling is bad for our communities, our economy, and the climate. Let’s stop this Big Oil giveaway!

[2] And if this plan moves forward, we can expect more — over the holiday recess Trump announced that he wants to scrap regulations put in place after the Deepwater blow-out. Read more from The Washington Post: "Trump administration to overhaul safety-monitoring rules for offshore drilling"