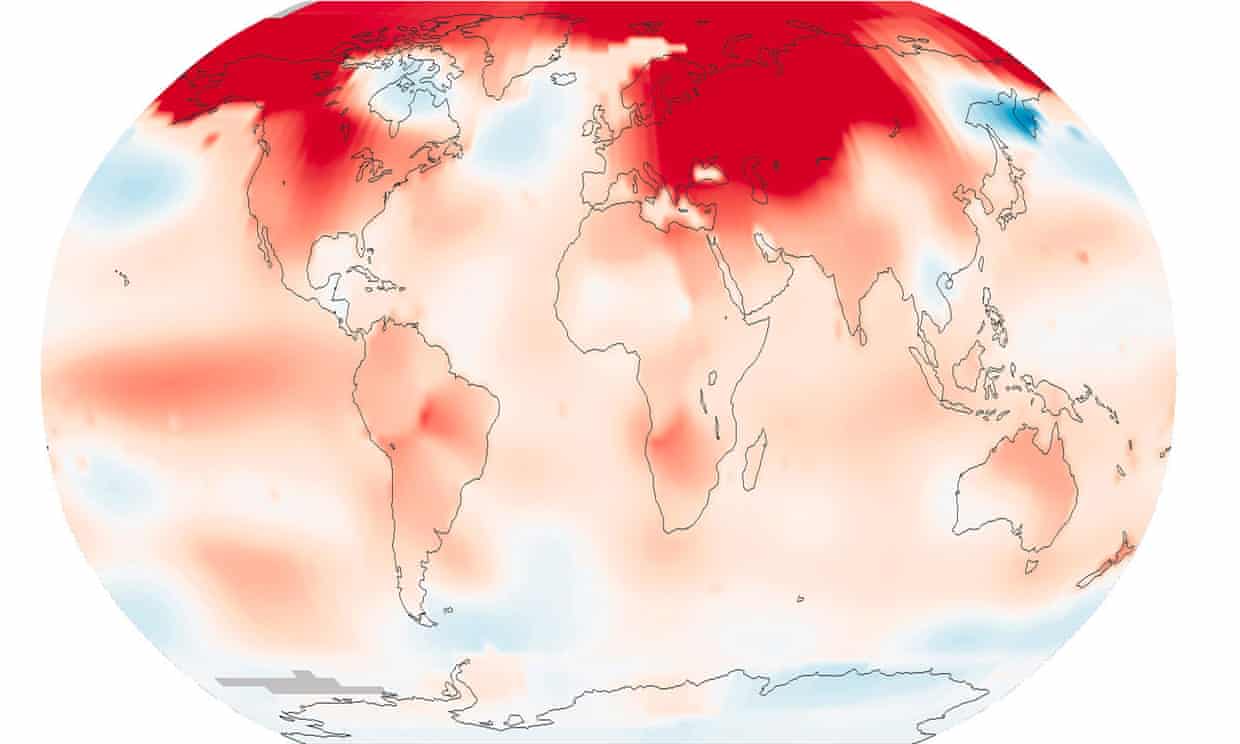 Denial and “alternative facts” haven’t stopped the Earth from warming to record-shattering levels...

If you think that seems like a lot of record-breaking hot years, you’re right. The streak of three consecutive record hot years is unprecedented since measurements began in 1880. In the 35 years between 1945 and 1979, there were no record-breakers. In the 37 years since 1980, there have been 12. The video below illustrates all of the record-breaking years in the Nasa global surface temperature record since 1880.

These include a spate of five record hot years between 1937 and 1944; however, ongoing research is investigating whether some of those are artificial, due to changes in the way temperatures were measured during World War II.

This rapid rate of record-breaking heat (once every three years) is consistent with climate scientists’ expectations. A 2011 paper by Stefan Rahmstorf and Dim Coumou found that as global warming continues, we should expect to set new records about once every four years.

Indeed, if we only use the data of the past 30 y, these show an almost linear trend of 0.017°C/y, yielding an expected 2.5 new record hot temperatures in the last decade [1 per 4 years].

Rahmstorf told me that so far, the rate of record-setting temperatures is in line with a consistent human-caused global warming trend:

Global temperature wasn’t the only record-setter in 2016. Global warming causes climate change, and North America saw its highest number of storms and floods in over four decades. Globally, we saw over 1.5 times more extreme weather catastrophes in 2016 than the average over the past 30 years. Global sea ice cover plunged to a record low as well. California endured a fifth consecutive year of its worst drought in over a millennium. A drought also savaged the maize harvest in Southern Africa, causing a famine. The list of climate consequences goes on.

To paraphrase Taylor Swift, “deniers gonna deny.” As expected, the anti-climate policy advocacy group GWPF claimed that the record-breaking global temperatures somehow prove that global warming has “paused,” because, they argue, the record was only set due to an El Niño event. Not so, say me, statisticians, and climate scientists: 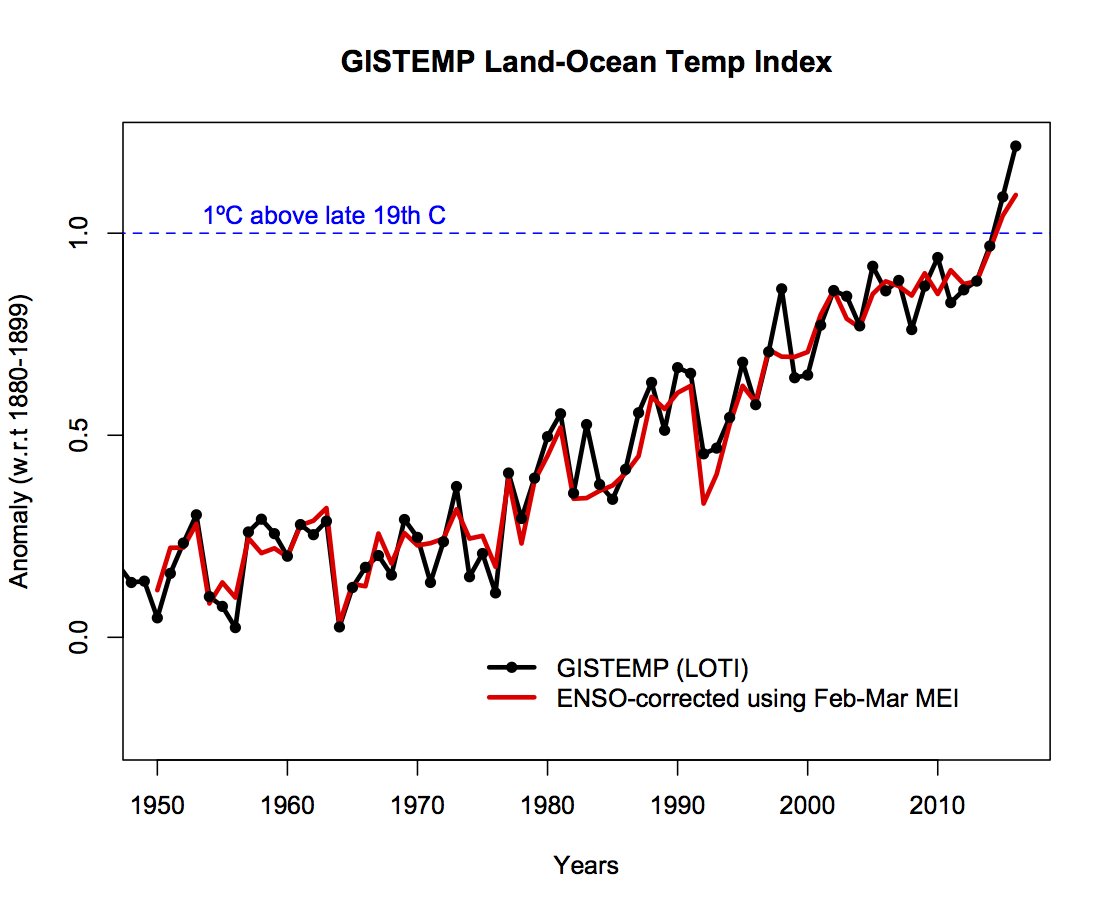 Quite obviously, human-caused global warming is the driver behind these frequent record-breaking hot years. Usually an El Niño event will help push a given year over the top, as happened in 2016 and 2015 (but not 2014). However, today’s El Niño years are hotter than past El Niño years because of global warming.

Nasa global surface temperatures divided in to El Niño, La Niña, and neutral years, with linear trends shown for each.

Relatedly, testifying before the Senate on the day the record temperatures were announced in a bid to become EPA administrator, Scott Pruitt claimed that we don’t know how much humans are contributing to global warming:

Senator Bernie Sanders questioning Scott Pruitt in his nomination hearing to become administrator of the EPA.

This is simply wrong. We wouldn’t be setting a new temperature record every three years if not for global warming, and there’s no question that the warming is predominantly human-caused. The latest IPCC report stated with 95% confidence that humans are the main cause of global warming since 1950, and most likely responsible for 100% of that temperature rise.

Every study quantifying the various contributions to global warming has found humans are the dominant cause. Our fingerprints are all over climate change – the changes are precisely in line with what we’d expect to see as a result of an increased greenhouse effect from human carbon pollution. That’s why there’s a 97% expert consensus on human-caused global warming.

Climate denial is evolving. All of Trump’s nominees rejected his claims that climate change is a hoax, but all cast doubt on the degree to which humans are contributing, and to the threats it poses. It’s a softer, cuddlier form of climate denial that doesn’t reject all scientific research – just the vast majority – and yields the same end result of obstructing climate solutions.

But physical reality doesn’t bend to denial or “alternative facts.” Until we address the problem, we’ll continue to see record-breaking heat and extreme weather. The longer we deny and the less action we take, the more extreme the consequences will become. As the renowned glaciologist Lonnie Thompson put it, “the only question is how much we will mitigate, adapt, and suffer.” Allowing for more denial and less action will maximize the third variable in that equation.