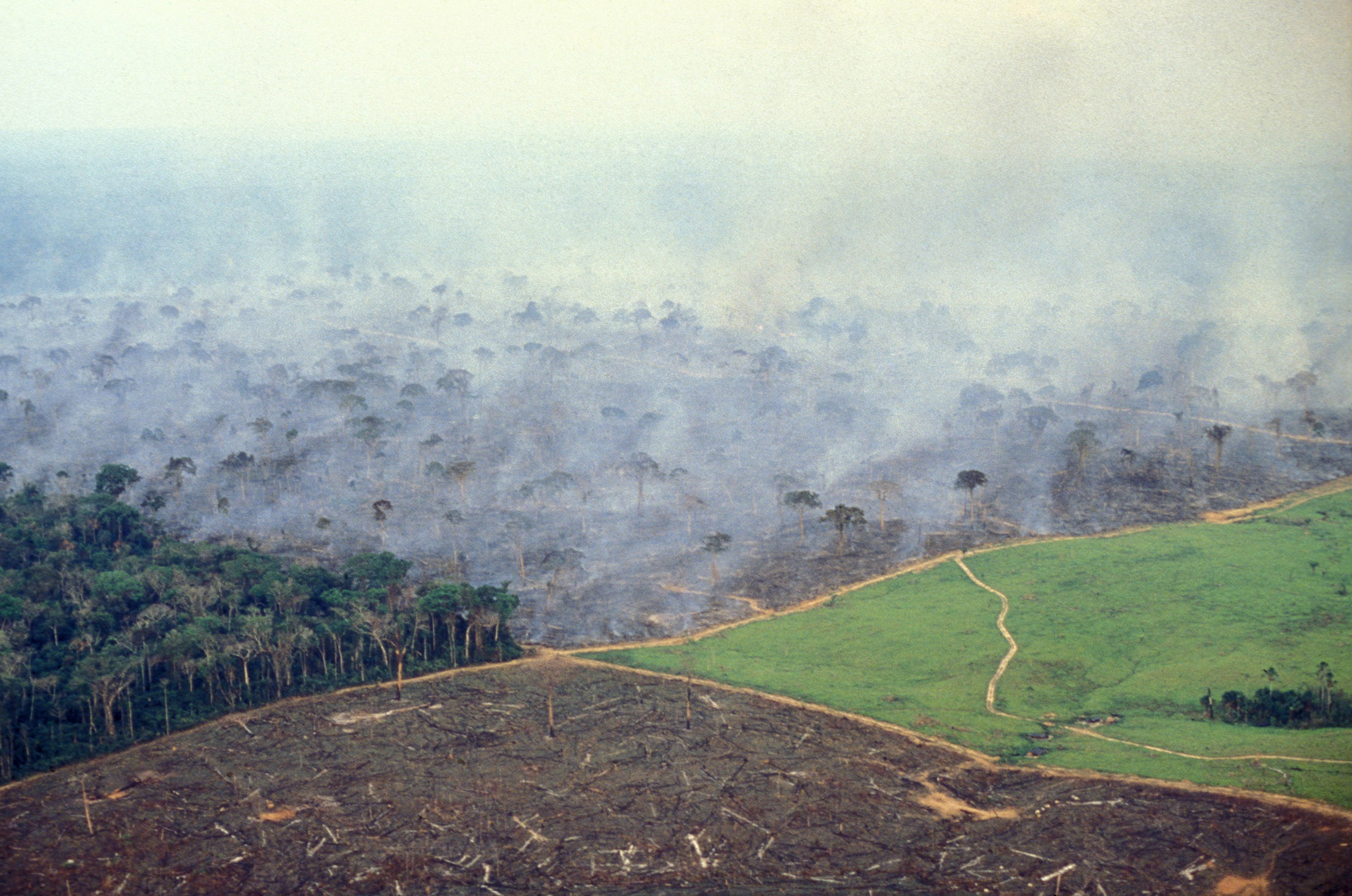 Deforestation in the Amazon region dropped by 30 percent  from 2005 to 2010, sparing trees that soak up carbon dioxide. A big win in the fight against climate change, right?

Maybe not big enough to save the planet, or the species on it.

After trees are cut down, they gradually decay, releasing carbon, degrading the habitat, and threatening species long after the cutting stops. These lagging emissions have an important impact on the battle against global warming, a study released today in the journal Current Biology finds. Even with the 30 percent reduction in Amazon deforestation, there was only a 10 percent decrease in carbon emissions, the researchers found.

And even if tropical deforestation had ended altogether in 2010, there would still be 8.6 petagrams (10 to the 12th kilograms) of emissions released into the atmosphere as trees decomposed, the equivalent of five to 10 years of global deforestation. That's roughly the annual amount of total global emissions, said Abigail Swann, a University of Washington professor who studies climate change and who wasn't involved in the study.

Those lagging emissions are lethal. Researchers found that 144 vertebrate species became extinct due to tropical deforestation from 1950 to 2009, about 20 percent more than a previous estimate of extinctions in forest-specific vertebrate groups since 1900. As with trees, species losses occur gradually as habitats change, the researchers found.

“No one has ever accounted for this time lag between habitat destruction and the species getting extinct,” said Isabel Rosa, one of the authors of the study and a researcher at the Imperial College of London. “That’s what we aimed for with this study, to understand not only how many species have we lost already as a result of habitat destruction, but also how many more have we committed to extinction due to those fast changes in forest cover.”

The effects could be even greater as the spaces where trees die are converted into farmland in many areas, particularly the Amazon, one of three main tropical rain forest areas, along with the Congo Basin and Southeast Asia. As trees, which keep temperatures cooler, die, tropical areas will get even warmer and come to resemble a different climate, said Jeff Horowitz, the founder of the nonprofit Avoided Deforestation Partners. 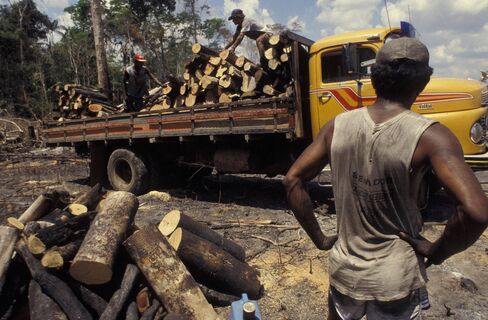 “The report is incredibly interesting to those of us trying to stop deforestation,” Horowitz said. “It pretty much says things are not just bad, they’re worse than what we thought.”

About an acre of forest is lost every second, hobbling one of the main checks on global warming, despite recent conservation efforts. Half of the world’s forests have already been destroyed.

Rosa and the other researchers used a model that took into account how land use changed over time to measure the losses due to tropical deforestation. They found that 2.27 million square kilometers of forest had been cleared by 2010, and that tropical deforestation had increased in the Amazon in the 1970s, in Southeast Asia in the 1990s, and more recently in the Congo Basin.

The clearing of tropical forests in Indonesia is one of the most pressing global warming issues, as its palm oil and paper plantations are known for disrupting the local ecosystem. Horowitz also cited the global demand for beef, which requires the clearing of trees for pasture.

Although organizations such as the Consumer Goods Forum work to make global supply chains more environmentally sensitive, more conservation efforts are needed in such regions as Southeast Asia, Rosa said.  The efforts of businessmen such as Unilever NV Chief Executive Officer Paul Polman show the progress that can be made in tackling deforestation, Horowitz said, citing cooperation among consumers, corporations, nongovernmental organizations, and governments as essential and requiring no new technology.