AL GORE HAS SOME POSITIVE THOUGHTS ON SOLVING GLOBAL WARMING 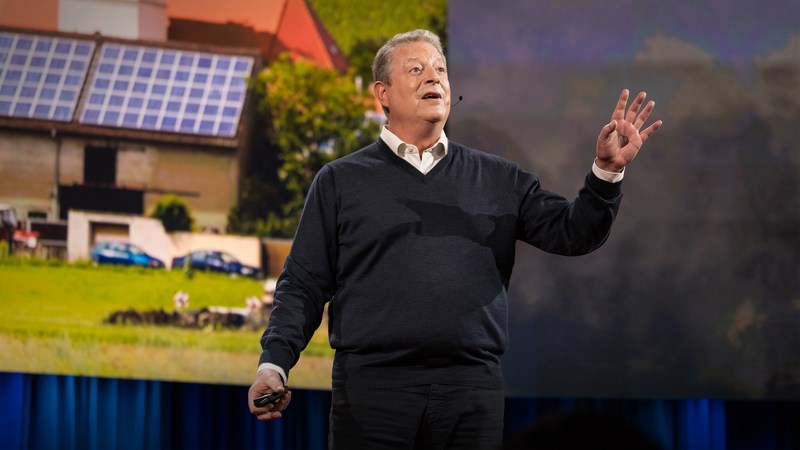 At last year’s major international TED conference, former U.S. Vice-President Al Gore offered up some positive thoughts about the fight against global warming in which we are all engaged. Some of what he said I found extremely encouraging. But it’s important to keep in mind that his talk predates two events of potentially monumental import:

With those caveats in mind, here are some of the highlights from that talk (video here; the positive starts just before the 13:00 mark, though it’s all worth listening to):

Here are a couple of my favorite quotations from this talk.

“We are solving this crisis. The only question is: how long will it take to get there?”

“The will to act is itself a renewable resource.

Part of the optimism I derive from Gore’s comments arises because of the extent to which his and other studies indicate that it is private enterprise that is leading the way in solving the global warming problem. That means they are motivated more by profit than by any intangible moral requirement, and it also means they can operate largely with legal impunity and without involving notoriously lumbering governments. I have for some time believed that it will be faster and more reliable to count on business to fully engage the problem that threatens their livelihoods then to try to persuade politicians with mixed constituencies to do something. Governments will follow because businesses are their source of funding.

However, as Wollersheim tells us, the question Gore opposes about how long it will take us to get there is the crux of the matter. The new projections and models described in the book Climageddon tell us that we have less than a decade to at least get a handle on the global warming problem to avoid a sixth Great Extinction event.

Still, it’s greatly encouraging to hear the kinds of progress that are being made on the many important fronts involving alternative energy sources. As Gore also points out in this talk, the vast majority of carbon fuels that have yet to be extracted from the ground must be left in place and treated as unusable.

Needless to say, I highly recommend you take the 25 minutes it will take you to watch this video. I promise you will come away both recharged and excited.