Our advisory board member Al Urquhart shares his observations and reflections over decades on today's big environmental and climate issues. It is helpful to see the nature of our world over time through his well-informed eyes and mind. 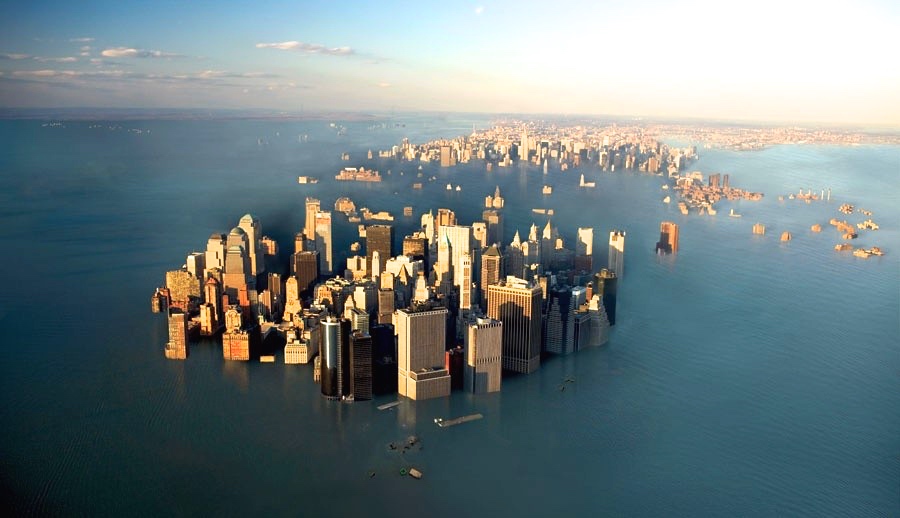 What is the Environment that we have altered?

It is ourselves as part of an extraordinarily complex system of interacting events [a grand ecosystem–Gaia] that is slowly transforming itself in the becoming that is evolution. I find ecology the most apt metaphor for our study of our home (which includes us.)

I see evolution in which life is central to an increasing temporary storage of energy and information [genetic, biological, cultural, chemical, physical) with increasingly complex and diverse pathways of flows, resulting in a more stable and interconnected complex of matter with greater negentropy. What that slowly transforming system [ecology-evolution] is, has scarcely been investigated because we have been so enamored with the study of small segments of its parts—both physical matter and communications pathways. How are we altering environment?

There are limits to the events that have fueled this grand ecologic and evolutionary becoming. I see them now primarily in terms of energy. Stored and current sources of energy are available to fuel the evolution of life and ecologic systems. The use of stored energy allows the increased channeling of information within the systems-speeding up [or slowing down the rate of change of particular gestalten.

Humans have in modern times increasingly emphasized the channeling (both in desired pathways and in unimagined pathways) of energy flows creating alterations [artificially or culturally accelerated changes] to the ecologic and evolutionary system.

The positive changes-in recent decades called progressive-focus on cultural creations outside the recurrent flows of energy. [The Green Revolution, modern medicine, transportation, industrial expansion, etc.] They are in part controlled by Capital flow, government power, but also by the universities and their research agendas.

The negative alteration-the emphases of this course-result in the breaking of the pathways of energy and energy that have developed over the millennia with the resulting events we call waste, pollution, and extinctions of forms. My greatest concern is with the blocking or breaking of pathways along which have flowed the highest grades of information that have resulted in the becoming of the events that mark the course of evolution at all scales. “All life forms serve in linkages and flows of information of which we are but one very temporary storage form.”

Our society is largely isolated from natural ecosystems when we fail to see that we use fossil fuel energy as our slaves in accelerating the rates of change that ・naturally・ are the becoming or are part of the events of evolution and ecology. Certainly we have failed to see how to channel energy and information back to supporting the ‘wild’ that we disrupt in our rush to provide for our cultural goods.

What is human health and what is evidence of its decline?

I believe that we cannot be healthy humans in the long run as long as we humans continue to disregard our place in the ‘wild,’ that is Gaia, both ecologically and evolutionarily. We ignore, especially, our organic context so that we can emphasize our cultural (artificial or non-animal) goals.

♦Ecosystem destruction (even by hand—and fire)

♦For humans—the loss of soil ecosystems,

♦Transportation [lack of attachment to place]

♦Waste and Pollution of air and water

♦Disassociation of people with the basic skills of sheltering, clothing, getting and preparing food.

♦Lack of control of body and maturity of mind

♦Worldviews will change radically and soon.

♦Poverty will increase greatly and soon.

♦Habitats will continue to deteriorate rapidly.

♦Control over non-renewable energy sources will give greater coercive power to those controlling energy.

What should be taught at Universities (and elsewhere):

♦Humans are animals, only one species among many..

♦Individuals are but parts of larger wholes and wholes of smaller parts—each part and whole a subject in itself.

♦Natural science is an art of knowing how we humans (and other subjects) fit into wholes and parts of ecosystems and evolution.

♦Social science is an art of knowing how our human institutions bring memory and continuity to humans.

♦The humanities give human expression and consciousness to the idea and forms of what it is to be human.

Here are Al's reflective comments in 2022 about his last lecture ( inMarch, 1993) for a course called Environmental Alterations

The last time I gave a course in Environmental Alterations at the University of Oregon, I summarized my thoughts under three categories: 1. What is environment? 2. How are humans altering that environment? And 3. How has human/environmental health declined in recent years.  Finally, I spoke of the role universities should play in teaching about the place of humans within the world of Earth’s ecology and evolution. In the almost three decades since this was written, the scale of alterations, the understanding of those alterations, and a wider concern with ecological disruptions has occurred. Even casual observers are aware of climate change and that further major changes in our lives are imminent.

I was first inspired by  Professor Carl Sauer–my mentor at UC, Berkeley in the 1950s–who always focused on the relations between Culture and Nature. My experiences doing field work in rural Jamaica , Angola, and Nigeria, in the 1950s through 1971 let me observe the playing out of Sauer’s ideas in “underdeveloped” countries. In the 1970s, Howard Odum’s writings. alerted me to how principles of energy could be used to understand the universe from astronomy to religion, from the physical world to the culture of humans. Lewis Mumford’s writings on technology have long inspired me.  Many others contributed greatly to my thinking about environmental change as did Sauer, Odum, and Mumford. My research in “less developed” countries let me observe how growing “modernization” was transforming both nature and culture.

Of course, my colleagues in the University of Oregon’s Department of Geography and in the Environmental Studies Program always inspired me as did Donnela Meadows and the Club of Rome report, Gregory Bateson and his wide-ranging interests, Christopher Alexander and his linking of architecture with human emotions, Alfred North Whitehead and his contributions to philosophy, A.R. Ammons and his nature poetry, Loren Eisley and his understanding of nature and humans, and others too numerous to name in this introduction.

I have often wondered what would have happened to our understanding of our current environmental concerns if Jimmy Carter had been elected to a second term as President and Ronald Reagan had not removed the solar panels from the White House in a gesture of rejection of concern for environment.

My teaching and research interests also focused on understanding landscapes.

Again it was Carl Sauer, who set me on my course to understanding how to observe and describe landscapes. Jim Parsons, one of his colleagues and my dissertation advisor, through example, showed me the importance of field work and observation. My colleague Everett Smith was a constant support and companion in the field; and Ed Price, with whom I jointly taught a course on Geographic Landscapes, daily inspired me. And I owe much to Yi-Fu Tuan and Phil Wagner, each of whom contributed much to how I thought about landscapes. Their contributions and those of many others increased my understanding of landscapes–landscapes that inform us about ways humans alter the natural world.

The major ideas that I tried to develop in the last year or two that I gave a course I called  Environmental Alterations were incorporated in a mimeographed hand out which is above.

Alvin is an Emeritus Professor of Geography and was a founder and director of the Environmental Studies Program at the University of Oregon. With three degrees from the University of California, Berkeley, he was trained in anthropology, soil science, ecology, and geomorphology, as well as in his home department, geography.