World's leading global warming authority warns we only have about 10 years left to save the future!

Of the dozens of articles just released on the newest and worst IPCC report on global warming, the one in Rolling Stone is the one we select for you to review. Consider it indicative of how bad and how fast a massive global warming disaster and meltdown is approaching. 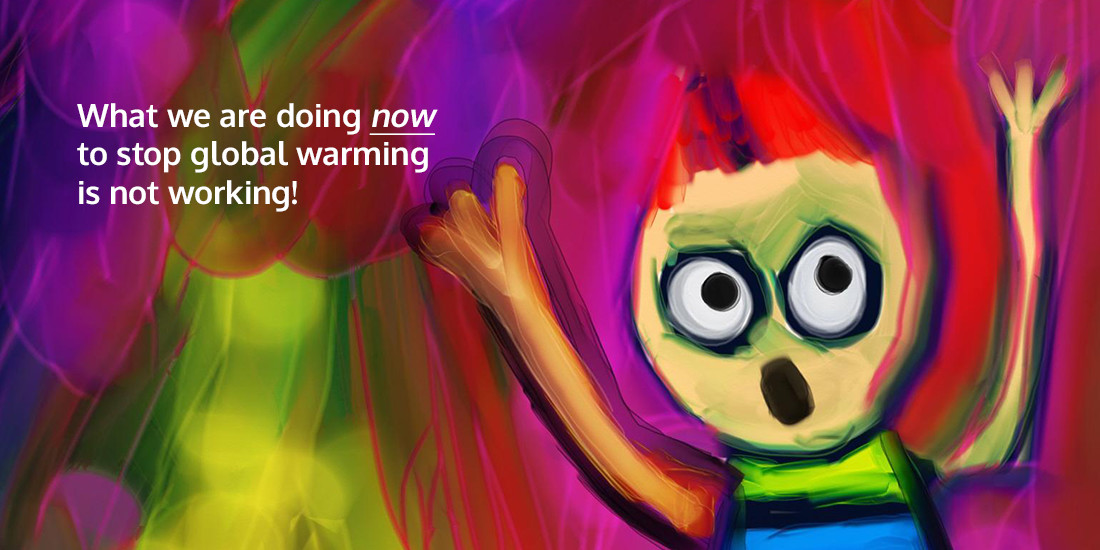 The long title of the new Rolling Stone article and review of the IPCC report on global warming is; Can Civilization Survive What’s Coming? The new IPCC report on climate change will fill you with existential dread — rightfully so.
Selective quotes from that article:
A thousand years from now, when some vaguely human-like machine digs through the ashes of the Twenty-First century and tries to figure out what happened to those once-thriving animals called Homo sapiens, it may be confused about why an intelligent species that could build rockets and write songs like “Imagine” couldn’t heed warnings of its own destruction. A key question for future historians of the universe: How stupid were those humans anyway?
Here’s what this new IPCC report says, in a nutshell: To avoid blowing through the 1.5 C target, nations of the world need to cut carbon pollution as fast as humanly possible. To be more precise, nations of the world need to get to zero carbon emissions by 2050.
The other big takeaway from this report is that it’s time to get serious about adapting to a rapidly changing world. If we don’t, a good percentage of civilization as we know it today won’t survive.
From a purely economic point of view, the cost of climate denial is already enormous. Last year, damages from extreme weather hit $306 billion in the U.S. alone, the costliest ever. If we don’t rethink how and where we build homes and infrastructure, those costs will only grow.
You can read the full article here: https://www.rollingstone.com/politics/politics-news/can-earth-survive-climate-change-735067/
You will notice that there is no pulling punches in this article. If we do not get climate emergency openly declared worldwide and make the necessary changes, we will not survive.
If we are not proposing drastic measures then there is no future for the children.
It is that simple.
Whatever you are doing, if you are not doing everything you can to transform our economic, social, political and moral operating systems, then your families will not forgive you. That is because you know, and when they ask what you did when you knew, no half-measures will save you from their comprehensive condemnation.
Now, if you now believe that telling people the truth is too difficult and will cause people to "give-up," We will say instead that "triggering our survival instinct to act is our only remaining hope."

(This article has been done in coordination with the Association for the Tree of Life and its leadership.)

Here is Prof. Kevin Anderson's tough medicine response in part to the above new UN report. He is a world-respected climate scientist.

"To genuinely reduce emissions in line with 2°C of warming requires a transformation in the productive capacity of society, reminiscent of the Marshall Plan. The labour and resources used to furnish the high-carbon lifestyles of the top 20% will need to shift rapidly to deliver a fully decarbonised energy system. No more second or very large homes, SUVs, business and first-class flights, or very high levels of consumption. Instead, our economy should be building new zero-energy houses, retrofitting existing homes, huge expansion of public transport, and a 4-fold increase in (zero-carbon) electrification.

The Paris Agreement notes how it will take a little longer for poorer countries to fully decarbonise, raising the bar still further for the UK, USA and other wealthy nations. Even for 2°C the maths points to such nations moving to zero-carbon energy by 2035-2040, with poorer nations following suit a decade later. For 1.5°C, such ‘real’ 2°C mitigation will need to be complemented with planetary scale negative emissions. Whilst the IPCC’s 1.5°C report rightly emphasises the urgent need to research these speculative technologies, it continues to run scared of the economic elephant dominating the room.

Until the IPCC (and society more generally) are prepared to acknowledge the huge asymmetry in consumption and hence emissions, temperatures will continue to rise beyond 1.5 and 2°C – bequeathing future generations the climate chaos of 3°C, 4°C or even higher."

Another Justin update from David Spratt another well-recognized climate researcher in regards to the UN new report:

“We face a direct existential threat” on climate for “the emergency we face”, UN Secretary General António Guterres told the world on 10 September. This was a most powerful voice in the rising chorus of recognition that existential climate risks requiring a global emergency response.

But what does an emergency response mean in practice?"

For the complete article and David's full response, click here.

And finally, we strongly recommend you read this page that goes beyond the IPCC report to the deeper truths which they are still afraid to tell us about our global warming future.