In this blog post, I suggest that the wealthy countries of the Global North have been deluded into thinking they are not very vulnerable to climate change. 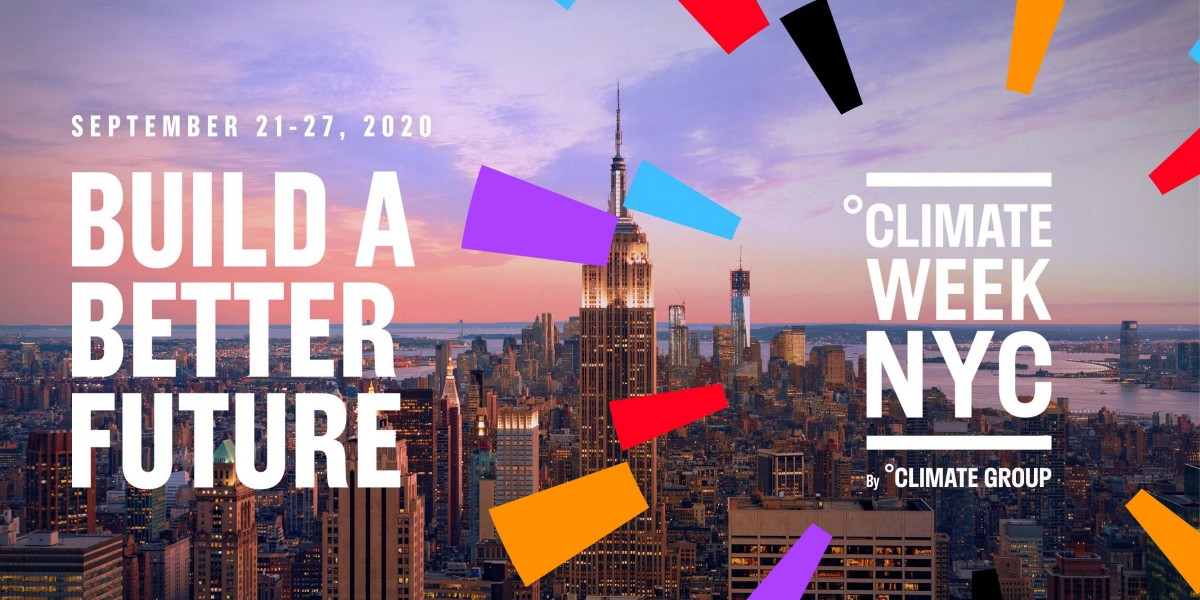 This post actually continues my last one, exploring why as biodiversity (life) is collapsing around us, our governments are following a policy of increasing annihilation-by-greenhouse-gas-emissions. It looked at the world culture and economy of war as one reason for CO2 emissions insanity.

Climate Week NYC is an annual event that has taken place every year in New York City since 2009, alongside the UN General Assembly. It brings together international leaders from business, government and civil society to showcase global climate action.

During Climate Week, a UN Secretary-General’s big Climate Summit has normally been the main feature getting lots of NGO and public attention, but that did not happen this year. The Covid-19 pandemic is no excuse for this, and nor is the postponement of the 26th UN Climate Conference (COP26) from the end of this year all the way to the end of next year. We cannot afford to — and there is no need to — neglect efforts necessary to prevent the climate disruption death of billions because of the Covid-19 pandemic.

At the opening of Climate Week, Prince Charles delivered a keynote address that included the following most important points:

“The climate crisis has been with us for far too many years — decried, denigrated and denied. It is now rapidly becoming a comprehensive catastrophe that will dwarf the impact of the coronavirus pandemic.”

“At this late stage I can see no other way forward but to call for a Marshall-like plan for nature, people and planet.”

“Without doubt we must now put ourselves on a warlike footing, approaching our action from a military style campaign.”

He is right, the world has to unite and throw all their resources into the fight against greenhouse gas pollution, as nations have in fighting each other in wars.

The BBC story of Climate Week was a “World split on urgency of tackling rising temperatures, poll suggests,” reporting on an annual climate poll by Globescan.

Globescan’s headline summary is “Worry about climate change remains widespread despite the pandemic and economic crisis, and continues to increase in the USA and other large emitting countries.”

The poll found that around 90% of people in 27 countries now see climate change as a serious problem. This finding has strengthened over the past few years. That may be an improvement but it is a far cry from acknowledging the greatest threat to our existence as a species ever.

But the BCC said that when people were asked if their governments should tackle the issue with the same urgency as they've tackled the coronavirus pandemic, there were major differences between rich and poor countries. Big majorities in poorer countries strongly agreed with tackling climate change with the same vigor as Covid-19.

However, in richer nations, the support for rapid action was far more muted. Could this be because for decades the poorer countries have known of their great vulnerability to global climate change while the rich countries, in comparison, have been given the impression that they could ride out climate disruption? The IPCC Fifth Assessment (the last one, in 2014) even claimed that wealthy technologically advanced countries could reduce the risk of climate change impacts. Certainly in the case of extreme weather events including forest fires, this is an invalid assumption, and it is not being borne out by the evidence.

We have always known that the poorer people in tropical regions and in Africa are the most vulnerable to global climate change as they are already in the hottest regions in the world. But for years, climate change assessments have concluded that the wealthy countries in the Northern Hemisphere would not be severely impacted and might even benefit from a warmer climate. However, the recent worst-ever wildfires affecting the United States are the latest of many massive climate-change-driven disasters that have affected countries in the Global North, and to which there has been little in the way of a response to control the destructive impacts.

At the UN in New York City, the 75th session of the UN General Assembly (UNGA 75) opened on September 15, 2020. A High-level Roundtable on Climate Action was convened by the UN Sec-Gen António Guterres on September 24 to showcase high-impact solutions by governments and real economy leaders and show the vast social and economic benefits of a sustainable recovery and of action to limit global warming to 1.5°C.

Afterwards, there were some very interesting comments by the Secretary-General. Pointing out that “the damage to people and the environment is immense and growing,” Guterres again urged governments to “invest in green jobs, no bail outs for polluting industries, end fossil-fuel subsidies, and take climate risks into account in all financial and policy decisions.” The event showcased “the vast social and economic benefits of a sustainable recovery and of action to limit global warming to 1.5°C,” particularly as “the damage inflicted by climate change continues to mount, from worsening wildfires, floods and storms, to rising food insecurity and economic loss.”

Incredibly, government leaders are still giving false, lame excuses for continuing to support fossil fuels, which can only lead to a harsh, hostile and practically uninhabitable planet Earth for today’s children. Recounting a discussion with a prime minister who feared losing elections if they taxed carbon, Secretary-General Guterres suggested taxing pollution rather than income, as a move that would save jobs, and might even win elections. Responding to another prime minister’s complaint that they couldn’t remove fossil fuel subsidies because small businesses and citizens need cheap fuel, the UN chief told them to instead give the money directly to the poor.

Do the leaders of rich nations really think their countries will not be devastated by climate change? Or is fossil fuel corruption behind their excuses for leaving a legacy of fossil-fueled climatic annihilation?

While polls say that citizens are viewing climate change more seriously than ever, governments around the world have seized on the Covid-19 pandemic as an excuse to draw back from the seriousness and the urgency of the climate emergency.

What could and should you be doing about global warming? Click here to find out.