The Job One for Humanity organization has been telling you about a global warming caused collapse of civilization being closer than you think for years. Now more climate scientists and researchers from places like Stanford and various research institutes from around the world are joining the chorus and helping us sound the warning bell that in just a handful of years... 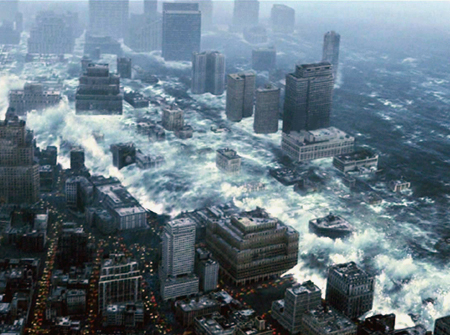 climate change and global warming will go out of our control and the collapse of governments and civilization is not far behind.

Please read this extremely well-written new article with great graphs and illustrations on what more climate scientists are saying about climate change and global warming, causing the Collapse of Civilization as our most likely outcome.

In very simple terms and with tons of illustrations they make very complex cascading chains of converging global warming tipping points easy to understand. They then also make the many soon-arriving consequences of these tipping points frighteningly clear.

Once you have finished this new article, then come back to this page and read the following key links on our website. These four links will provide you much more detail on the coming consequences and timeframes for your business and personal timing:

1. The 4 Most Important Global Warming Deadlines & Tipping Points that We Need to Know to Survive Climate Change and Global Warming.

3. The Climate Change and Global Warming Doomsday Clock. How much time do we really have left?

A Climate Change and Global Warming Caused Collapse of Civilization is the Most Likely Outcome: From Top Climate Scientists
Tweet