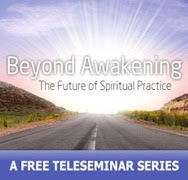 Probably the most intractable and urgent crisis to the future of spiritual practice is the escalating threat of global warming. We must first recognize, accept, and then act on this state of emergency  threat to humanity. Please now join with Beyond Awakening, and Job One for Humanity to sign the Petition to Declare a Global Warming State of Emergency.