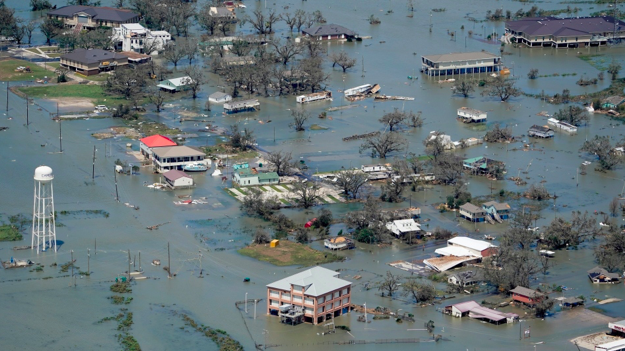 (Special Note: By law, the Job One for Humanity organization does not and cannot endorse or condemn candidates or political parties. It is allowed to provide commentary on specific policies that political candidates or parties are forwarding that do relate to or affect our mission.

We provide all information on the basis that it is for you alone to decide upon its merit or usefulness. We provide this information also to encourage public discussion and dialog on the relevant policy issues. This article is written by Peter Carter, an independent climate researcher. It represents the analysis, positions, and opinions of Peter Carter as a private individual.)

Joe Biden’s Democratic presidency bid does have a climate platform, while the Republican Party is sticking with the 2016 Trump platform of climate change denial. That Trump 2016 platform promised to unleash $50 trillion in US frackable oil and gas plus open up hundreds of years’ worth of coal, but it had nothing on climate and nothing on environment. This has been re-adopted as the 2020 Republican Party platform and it is deadly to America and the world.

I watched the Republican convention speeches, in which only America existed. There was no environment, no Nature, no Earth — a surreal Doomsday prophesy. The Republican Party thinks it has solved global climate change ... by making it disappear.

We know the US Republican Party denies any importance to global climate disruption, so we must pin our hopes for avoiding planetary climate catastrophe on the Democratic Party. For that, we need a sea change. Even though Obama ran on a very vocal climate change ticket, under his administration, US oil production boomed. US crude oil production increased 77% during the Obama presidency (from 2008 to 2016).

Global climate change was not ranked highly in the Democratic convention speeches, nor was environment. Apart from Joe Biden, there was only one speech that made climate an issue, and a great speech it was, from New Mexico Governor Michelle Grisham. Hillary Clinton did not mention climate. Even Senator Alexandria Ocasio-Cortez did not mention climate and Bernie Sanders only mentioned climate once. Senator Elizabeth Warren did not say the “climate” word, nor did Congresswoman Nancy Pelosi. Presidents Bill Clinton and Barack Obama only said “climate” once each.

On the final day of the DNC, Joe Biden accurately warned of “the existential threat posed by climate change,” and “the undeniable realities and accelerating threats of climate change.” Nevertheless, though he talked of tax reforms, he did not include a carbon tax, which, as the IPCC has stated, is indispensable for climate change mitigation. Nor did he say anything about ending fossil fuel subsidies, another indispensable strategy if we are to have a future.

Incredibly, no Democratic convention speech warned of the rapidly deteriorating climate emergency and none said a thing about fossil fuels. At this late stage of accelerating climate change, if we are to survive for long, political platforms must be climate change mitigation platforms that move us on from the fossil fuel era fast. The Burning Age is over. All policies must be climate change mitigation policies, strong mitigation policies. But such survival policies were not voiced in either of the 2020 US political conventions. The only reason can be the criminally corrupt influence of fossil fuel corporations.

Climate change is obviously not Job One in this presidential election, despite Hurricane Laura, with winds up to 150 miles an hour making it the strongest storm to ever make landfall along the western Louisiana and northern Texas coast, with the 112ºF (44ºC) heat wave that followed after it. And despite 1.4 million acres of wild fires burning California.And, and, and. NOAA, by June 2020, had already reported 10 billion-dollar weather and climate disasters, making 2020 already the sixth consecutive year with 10 or more such costly events — a new record. According to Heated’s Emily Atkin:

“Though not as catastrophic as expected, the Category 4 storm killed at least 16 people, and insured losses are estimated to be between $8 billion and $12 billion. That’s staggering considering Laura’s path avoided major population centers like New Orleans and Houston.”

Extreme heat waves in July and this month (August) broke temperature records across the US, baking California and other western states. April 2020 research by NASA and Lamont-Doherty Earth Observatory scientists warned of the start of a megadrought affecting nine western US states. The writing on the wall for America is clear. Without immediate, massive climate emergency measures, the United States will be devastated by global surface heating and climate disruption. The best of American resources offer no protection.

The question of the day for the US, like all countries, is: Do we love our children? Of course we do — but to love them today, the overarching consideration is to stall atmospheric GHG pollution in order to mitigate now unavoidable disastrous to catastrophic global heating and ocean acidification. Children can’t vote. If only young people could vote they would surely vote for a planet fit for children (of all species), the world over.

We have put our children into the 6th mass extinction, driven by decades of rampant ecosystem destruction and degradation. Intact, fully functioning ecosystems that absorb huge quantities of atmospheric CO2 are vital to the climate. Climate disruption has barely increased the accelerating 6th extinction, but it is being allowed to take over as the leading driver of extinction on top of the original causes of the 6th extinction. That’s climatic annihilation.

Loving our children means closing down the fossil fuel economy, going 100% clean renewable energy, and going vegan. It has to be vegan because the livestock/meat industry is driving CO2-emitting deforestation as fast as ever, and cattle are potent methane greenhouse gas emitters when methane emissions are on the increase. There are close to a billion methane-belching cattle in the world, and by far the biggest meat producer is the US at 12.75 metric tons. Americans must go vegan.

US politics is not explaining nor responding to the state of the climate emergency. This see-no-evil / hear-no-evil strategy is hard to understand. The atmospheric levels of all atmospheric greenhouse gases are at all-time highs and accelerating higher. Extreme weather disasters are getting worse by the year.

Pushing for 100% clean energy and going vegan is Job One for each and every one of us. The only future for our children is also the brightest and healthiest future for humanity.