To commemorate the 50th anniversary of Earth Day — a celebration that piqued my interest and deep participation for many years — I would like to honour three of my Earth Day heroes. These are individuals who have spent their lives in outstanding service to the Earth. 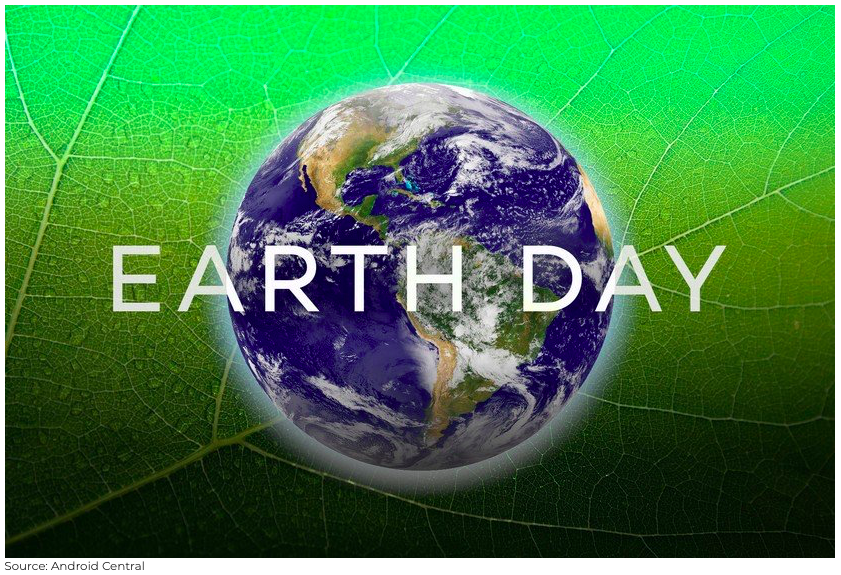 I have to start with the sad passing of John Houghton, the British atmospheric physicist and renowned climate scientist, on April 15 in the UK, from a suspected case of coronavirus.

Sir John Theodore Houghton was professor of atmospheric physics at the University of Oxford. He applied his mathematics and physics knowledge and skills to help develop the first global climate change computer models, and he was a founding expert of the Intergovernmental Panel on Climate Change and the Chairman of the science assessment for the IPCC’s very first report in 1990 (the year of the first international Earth Day). 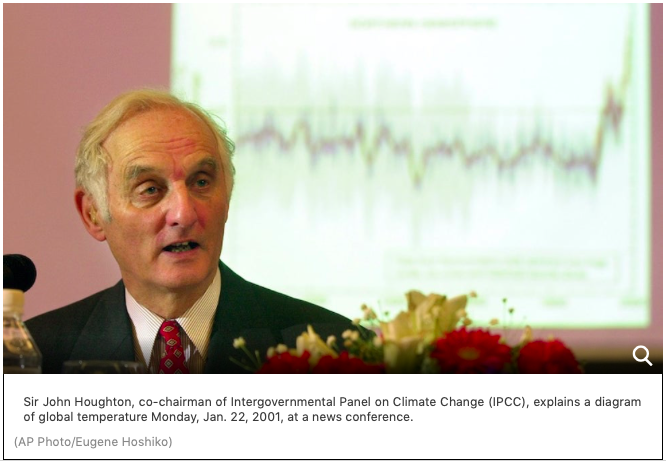 Sir Houghton set the standard for climate change science. He is an Earth Hero because atmospheric greenhouse gas pollution is severely impacting every Earth system and all living systems.

On 28 July 2003, his bold op-ed climate change warning was published by the Guardian: “Global warming is now a weapon of mass destruction.” He said, “Like terrorism, this weapon knows no boundaries. It can strike anywhere, in any form — a heatwave in one place, a drought or a flood or a storm surge in another.” Today it is a most terrible weapon of mass destruction, particularly being wielded by the oil-and-gas crazed US Republican Trump administration.

The 1990 assessment started by saying that the IPCC was certain of the following: There is a natural greenhouse effect which already keeps the Earth warmer than it would otherwise be; emissions resulting from human activities are substantially increasing the atmospheric concentrations of the greenhouse gases; these increases will enhance the greenhouse effect, resulting in an additional warming of the Earth's surface.

It went on to say that they calculated with confidence that: carbon dioxide has been responsible for over half the enhanced greenhouse effect in the past, and is likely to remain so in the future; continued emissions of these gases at present rates would commit us to increased concentrations for centuries ahead; and the longer emissions continue to increase at present day rates, the greater reductions would have to be for concentrations to stabilize. Today, after 25 years of increasing global emissions, reductions must be immediate and rapid for our future survival. We are all more than out of time.

There never was a debate or scientific uncertainty about industrial greenhouse gas emissions causing global warming and climate change, with the main cause being carbon dioxide, mainly emitted through the burning of fossil fuels.

Next in Earth honours is Jeremy Leggett. I recall Jeremy Leggett as the chief scientist for Greenpeace. Indeed, with a PhD in Earth science from Oxford, he gave up academia to work for Greenpeace. Over his long, multifaceted climate career, he has received numerous awards for dedicating his life to ending the fossil fuel energy era. 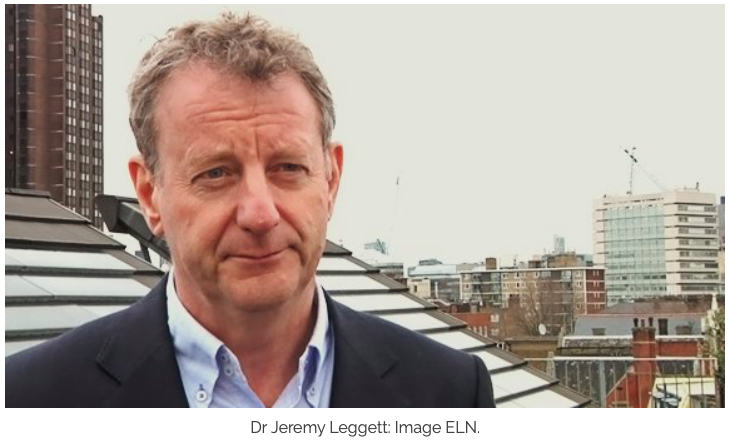 I also still have Leggett’s 2000 book The Carbon War, in which he comprehensively presented the science proving that global climate change was real and really dangerous to the human population and the planet. He cited every inevitable climate change impact, which are now happening in real time. At the same time, the book presented his eyewitness account of the climate negotiations in the 1990s, in which he was involved. It reported on, and warned of, the fossil fuel corporations and their war against climate science. In this respect, the book is still unique. In 1997, he turned to solar energy. He led Solarcentury as CEO from 1997, and as chairman until 2015.

Leggett still works on and for solar energy, providing excellent presentations for people like me to use. He set up the charity SolarAid in 2006, which helps African communities access solar power.

My third Earth Day hero is Dennis Hayes, who is also still working for our Earth from his home base in Seattle. The pandemic has affected his work and plans in a particularly devastating way. Dennis Hayes was a 25-year-old graduate student at Harvard University when, in 1970 (March 21), he teamed up with Wisconsin Senator, Gaylord Nelson to make history by making the first Earth Day happen in the United States. It was huge success. History records that it inspired 20 million Americans to learn about and demonstrate against 150 years of increasing globally polluting industrialization. Walter Cronkite reported the event on the evening news as Earth Day: A Question of Survival. 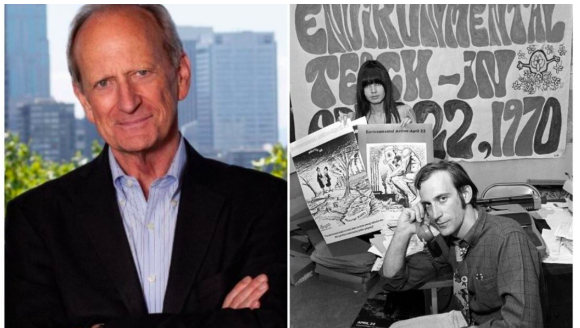 Public opinion polls indicated that a huge change in national priorities followed Earth Day 1970. In December 1970, the Environmental Protection Agency was established. The event helped the passage during the 1970s of the Clean Air Act, the Water Quality Improvement Act, the Endangered Species Act, the Toxic Substances Control Act, and the Surface Mining Control and Reclamation Act.

I was among billions inspired by the call from Dennis Hayes and Gaylord Nelson for the first international Earth Day in 1990 (22 April). They realized that despite their 1970 success, the Earth was being rapidly damaged by many global environmental degradations, among them global warming. The big theme was The Turnaround Decade: ten years to clean up our global industrial act, to avoid global environmental catastrophe. It was a powerfully exciting event. From 20 million in America, Earth Day 1990 mobilized 200 million people in 141 countries. In the US, half a million turned out just in Washington, DC. It was a massively powerful statement to all world leaders on the importance of protecting and restoring the Earth. Even President G. H. W. Bush was up early to observe the big event with an Earth Day morning news conference.

Looking back, it was a brilliant success — one that enlightened global environmental awareness and inspired action for many years to come. It helped pave the way for the 1992 United Nations Earth Summit in Rio de Janeiro, which included the 1992 United Nations Framework Convention on Climate Change, which President Bush flew in to sign!

Dennis Hayes, as founder and chair of the board for the international Earth Day Network, has seen Earth Day continue as a great worldwide event expanding to 180 countries and lasting for days. It’s a favourite among teachers and schoolchildren. The 2020 event as, the 50th anniversary of Earth Day, was to inspire a billion people all over the world to participate in events drawing attention to the most urgent environmental issue in history: the global climate emergency. Plans were going well to make this happen. Instead, with most of the world locked down, months of planning and worldwide arrangements and bookings have been shattered by a virus pandemic. Dennis Hayes knows better than anyone that Earth Day celebrations and caring for our Earth home depend on real people creating real actions in the real world of Nature. Having to switch to a virtual Earth Day for the 50th commemoration came as a bitter disappointment for the 75-year-old Earth Day coordinator and hero.

Still, all our children all over our world really need us to make April 2020 the greatest Earth Day event ever.

In Covid-19 isolation, we are left to make Earth Day a great global success, alone. We are left with our own senses, brains and hearts, and all the glorious world of Nature around us (even in concrete cities, look up — the sky is always there). When I stop to think about it, inspired by our special Earth Heroes (there are so many), we can do that. We can become our own Earth Day heroes!

Have a great Earth Day.