Planet Earth is going down due to continued and increasing global environmental destruction, degradation, and pollution. By the 1970s, both the environmental movement and governments had begun to see what was happening, which resulted in the first US Earth Day in 1970, and the UN Stockholm Conference on the Human Environment in 1972. 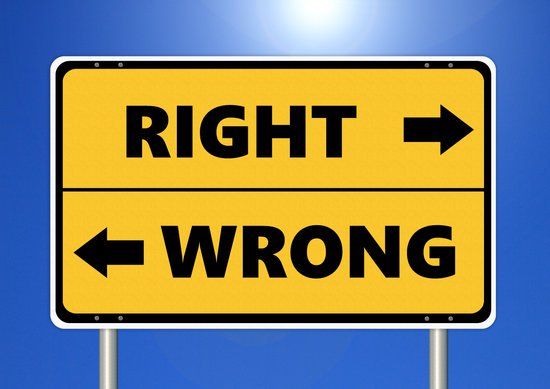 The Stockholm Declaration included the following: “We see around us growing evidence of man-made harm in many regions of the earth: dangerous levels of pollution in water, air, earth and living beings; major and undesirable disturbances to the ecological balance of the biosphere; destruction and depletion of irreplaceable resources; and gross deficiencies, harmful to the physical, mental and social health of man, in the man-made environment. A point has been reached in history when we must shape our actions throughout the world with a more prudent care for their environmental consequences. Through ignorance or indifference we can do massive and irreversible harm to the earthly environment on which our life and well-being depend.”

It called for “the acceptance of responsibility by citizens and communities and by enterprises and institutions at every level, all sharing equitably in common efforts” as an ethical response to stop the global environmental damage.

By 1990, we realized that massive global environmental damage was taking place, requiring a new attitude and way of doing business that was fundamentally ethical. Economic and industrial development had to be changed. Sustainable development was defined as “development that meets the needs of current generations without compromising the ability of future generations to meet their own needs,” which was encapsulated as intra- and intergenerational equity. The language of the environmental “pillar” was “environmental conservation.”

Environmental ethics has been written about for a long time. The classic Man and Nature or, Physical Geography as Modified by Human Action, was written by George Perkins Marsh and published in 1864. Edited and republished 1965, it is still available. World religions have since embraced the Earth ethic, which has been expressed as “Creation care.”

It is not natural for us to be negligent or offensive to the natural world. All Indigenous peoples have a deep respect and reverence for all living beings, which they have always known are related under Mother Earth. Arguably Jainism is the first organized religion, which history can trace back 5000 years. Jainism is ethically based on Ahimsa, loosely translated as harmlessness to all living beings. Today, the Jain diet is best described as vegan. Jainism flourished in India during our medieval times.

On climate change, science and religion (or ethics) are of one mind. Let’s take a simple look at the science in terms of ethics. For both, the key word is “conversion.”

In Laudato si' on Care for Our Common Home, Pope Francis calls on us to restore the sense of the natural world as sacred. Pope Benedict, the predecessor of Francis, had already called for an “ecological conversion.”

The main GHG-polluting emissions are CO2, methane and nitrous oxide. The science says all these emissions must be brought down to near zero (IPCC 2014 5th assessment). That means that improving the same industrial processes is nowhere good enough. They must be 100% converted from polluting to non-polluting processes. Confirmed by the IPCC 2011 special report, Renewable Energy Sources and Climate Change, there is no question that all fossil fuel energy production and use can be converted to clean, non-combustion energy sources.

On an ethical basis, we would stop all these greenhouse gas emissions — and we can, because there are readily available, perfectly good alternatives.

A simple science perspective on greenhouse gas emissions is they come from two major sources, which we can do much better without.

On energy production the simply requires all fossil fuel energy to be rapidly replaced by a rapid growth (we have that already but nothing like fast enough) in a clean, renewable, zero-combustion economy. This is the only future we have. We have no future with any fossil fuels. We know how and we know we can do this, now for sure. We also know by now that we cannot rely on national politics. Local economies can all work towards zero combustion, and it won't happen on a global basis if they don't.

Food production to ensure a future requires organic, regenerative, agroforestry food production (including localized urban agriculture) and vegan consumption. An example we already have is vegan permaculture. It has to be vegan because the livestock-meat industry is driving CO2-emitting deforestation faster than ever, and cattle are potent methane greenhouse gas emitters on the increase. There are close to a billion methane-belching cattle in the world, and by far the biggest meat producer is the USA at 12¾ metric tons.

This Earth ethic economy can be adopted as a food and energy template for a local economy anywhere with a goal of climate-safe self-reliance. It is essential for young people to learn about this Earth ethic economy and then to implement it. This would be a zero-combustion, zero long-lived pollution economy, and it would be vegan. It combines naturally with Nature restoration, which is an exquisitely very slow process.

We can all work immediately on the ethical conversion and redevelopment of our food and energy systems. Our children will love us for it.

Click here to see the current positions on climate change and global warming by many of the world's major religions. You will be surprised to find out how consistent they are.

What you can do:

Sign our petition to get our governments to make the needed emergency global warming changes by clicking here.