The Covid-19 global emergency response has been a great unprecedented success in surviving a global virus pandemic. In comparison, the worse-than-nothing response to the global climate emergency is an unprecedented policy and public health failure that humanity will not survive, if not corrected immediately. 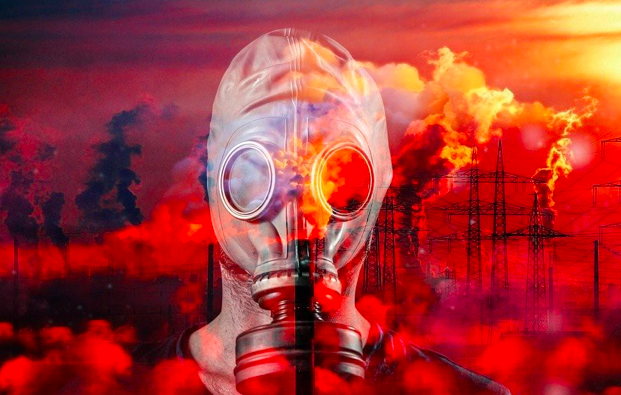 It looks like we might — hopefully — be nearing the end of the Covid-19 pandemic emergency. The media has kept us fully informed on a daily basis. Apart from wartime, this has been an unprecedentedly rapid and effective response from almost all world governments. The exponentially soaring curve of cases is just starting to show some flattening. The killer virus, communicated in the air, was quickly recognized and rapid drastic actions were taken to minimize deaths (which, on 30 April 2020 stand at 231,000+ out of 3,272,000+ cases worldwide, according to Worldometer).

China’s drastic actions have been successful, with only 3 deaths per million population, and many countries have similar numbers. Overall the world response has been a huge success, both from government public advisories and regulations, and public compliance. Political parties within governments in most countries were immediately united on the response to the emergency, as was the public on public health measures. Without the rapid responses — financially costly to governments, businesses and the public — deaths would have been orders of magnitude higher.

The response to the climate emergency should have been similar, but it still is completely different. The cost of inaction to this global emergency is the death of the human race and most life.

How well are we dealing with the climate emergency? Are we acting to minimize global climate disruption deaths? Not at all. The climate emergency was only generally recognized after the 2018 IPCC 1.5ºC Special Report, although leading climate expert James Hansen made a public statement that a state of climate emergency existed in 2008, which he repeated in 2012. The UN climate change convention was signed in 1992 and ratified the following year. Under the convention, all countries agreed to limit atmospheric greenhouse gas concentration to safe levels, for the sustainability of planetary ecosystems and food security. The danger limit of atmospheric CO2 is 350 ppm (about 445 ppm CO2-equivalent, which rolls in the other greenhouse gas emissions). Today the world has allowed atmospheric CO2 to reach 413 ppm (about 500 ppm CO2 equivalent).

The dire climate emergency is now clear for all to see. To not be opposed to fossil fuels for energy is to be in favour of their continued production and combustion, as we have today. Why did it take another ten years after Hansen’s warning for people to acknowledge the climate emergency, and why does life still go on, business as usual, in this age of global climate emergency (pandemic precautions aside)?

Of course it’s not only the US. The unconscionable successful blocking of the IPCC’s 2018 1.5ºC Report at the UN 2018 Poland climate conference by the US, Russia, Saudi Arabia and Kuwait was an unprecedented act of global terrorism, which revealed in the media which countries have been sabotaging the UN climate negotiations for decades.

Then again, all governments are still subsidizing the fossil fuel industries. Furthermore, there is not one industrially developed country that has posted a voluntary national emissions target with the UN that is compatible with staying below 1.5°C or even 2°C, as documented by Climate Action Tracker. Why would governments publish such paltry emissions targets? The subsidies tell us they are supporting the fossil fuel industries and by posting such low emissions reduction targets, they are giving a message to the market for continued investment in more fossil fuels, even though this is a global death wish.

Surely after all these years, the world’s science organizations (national academies and royal societies) would have politely told governments to get real on the impending global climate catastrophe. Actually they haven’t, even though their function is to advise governments on scientific issues of national importance. The last time they made a recommendation to governments was in 2009 (the year of the UN Copenhagen climate conference). In the G8+5 Academies’ joint statement: Climate change and the transformation of energy technologies for a low carbon future, they proposed a 2ºC global warming limit and a low carbon economy, saying, “We call on all governments to agree at the UNFCCC negotiations in Copenhagen to adopt a long-term global goal and near-term emission reduction targets that will deliver an approximately 50% reduction in global emissions from 1990 levels by 2050.” They did say, “The need for urgent action to address climate change is now indisputable. For example, limiting global warming to 2ºC would require a very rapid worldwide implementation of all currently available low carbon technologies.”

The science requires a virtual zero-carbon economy for stabilization of climate and ocean acidification. There is universal agreement now that 1.5ºC is the danger limit we must strive for because 2ºC is total planetary catastrophe — and this lower limit requires immediate and rapid global emissions decline. The science academies did not recommend the obvious government measures to avoid climate catastrophe: termination of fossil fuel subsidies and a fully costed carbon tax to the fossil fuel polluting industries. Worst of all, the science academies recommended a policy of surrender to the fossil fuel industries, saying, “Fossil fuel sources remain the predominant energy source for the near future in reducing energy poverty and satisfying growing energy demand, and their exploitation must be consistent with the objective of reducing anthropogenic impact on climate change. Continuous improvement in efficiency and emission standards is needed in the production and use of fossil fuels.” Even the national science organizations support the continued reliance on burning fossil fuels for energy.

What about the big environmental organizations with their big budgets? There is no united NGO campaign to stop fossil fuel subsidies.

Only the youth of the world, like Greta Thunberg, are saying, “Stop the fossil fuel madness.” Shame on us all if we don’t demand that governments put global emissions into rapid, sustained decline immediately, with the ending of the fossil fuel era and its rapid replacement with clean, zero-combustion, renewable energy sources. Then we will have a future. Today we do not. If our governments can do it for Covid, they can do it for the climate, for humanity, and for all life on this precious planet.